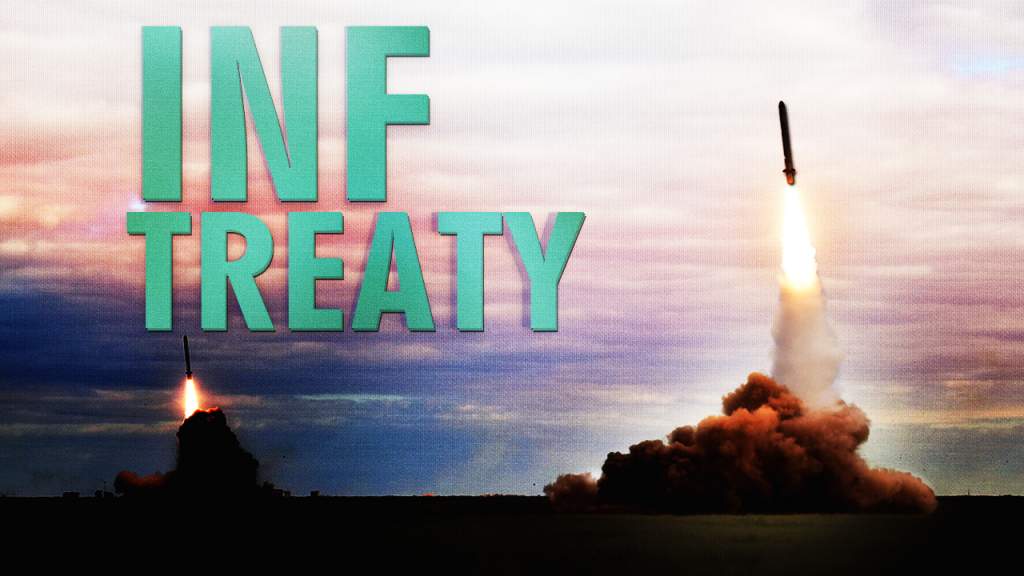 One of a multitude of stories in the usual barrage of anti-Russia war hysteria, concerns the reported deployment of a brand-new weapon system whose existence, if confirmed, would represent a transgression against the Intermediate Nuclear Forces (INF) Treaty. The INF Treaty has been in force since the late 1980s and bans land-based cruise and ballistic missiles with ranges between 500km and 5,500km. Since that time, both the U.S. and Russia have not only eliminated existing stocks of weapons falling into this category, but also refrained from testing or deploying new ones. The recently fielded Iskander brigades, whose launch vehicles can use both cruise and ballistic missiles, is compatible with the INF Treaty in that the range of the missiles it utilizes are 500km or less.

In usual dramatic fashion, Vice Chairman of the Joint Chiefs of Staff, General Paul Selva, at a House Armed Services Committee hearing held in Washington D.C. on March 8th, accused Russia of deploying the new missile in violation of the spirit and intent of the INF Treaty. He further elaborated that:

“We believe that the Russians have deliberately deployed it in order to pose a threat to NATO and to facilities within the NATO area of responsibility…We have to account … for what that means.”

“I don’t have enough information on their intent to conclude other than they do not intend to return to compliance. Absent some pressure from the international community and the United States as a co-signer of the same agreement…”

The 9M729 cruise missile appears to be a modification of the already deployed 500km range 9M728 cruise missile currently used by Iskander brigades. The 9M729 differs from its predecessor in that it possesses a longer airframe. Its greater size allows its fuel load, and therefore range, to be greatly expanded. The size of the 9M729 is quite close to that of the Kalibr Ship Launched Cruise Missile (SLCM), whose range is estimated at 3,000km or more. The performance of the 9M729 is likely to be similar to its naval counterpart.

Some media reports also claim that at least one battalion of four launch vehicles, each with six ready-to-launch missiles, has already been deployed in the Central Military District. While so far the stories have not been corroborated in any way, and there are no images of the alleged new system available anywhere, the deployment of such weapons is easily within Russia’s technical capabilities. What would the purpose of deploying such a system be, particularly considering that the Kalibr SLCM, which is now deployed on ships of the Black Sea Fleet, the Caspian Flotilla, and with the Baltic Fleet and Northern Fleet slated to receive Kalibr-equipped ships in the upcoming years, has been covering intermediate to long range missile delivery very effectively alongside the conventional Kh-101 cruise missiles of the Long-Range Aviation units?

Should the reports of a land-based cruise missile system be confirmed, there are several possible explanations which are not necessarily mutually exclusive. The first explanation is that the missile is INF-compatible, because its range is in excess of 5,500km. The INF Treaty was, after all, negotiated in the 1980s, and at that time a cruise missile capable of such performance would have had the size of at least a fighter aircraft. Thirty years later, however, considering the advances in jet propulsion technology, such performance can be built into a small weapon. If that is the case, it is equally likely that the other contemporary Russian cruise missile systems, namely the Kalibr and the Kh-101, are capable of a similar range.

The second explanation is that the deployment is a response to the U.S.’s own violations of the INF Treaty. They include the placement of Aegis Ashore ballistic defense systems in Poland and Romania that use the Mk 41 vertical launch cells which, when installed aboard US Navy cruisers and destroyers, can carry Tomahawk cruise missiles, whose range falls within INF parameters. U.S. ABM tests have used ballistic missile target vehicles which are de-facto intermediate range ballistic missiles. Finally, even the existing Predator and Reaper drones, to say nothing of the developmental supersonic and stealthy UCAV drones, also violate INF restrictions.

Thirdly, and consistent with technological advances having made INF and many other treaties obsolete, it seems likely that Moscow desires the resumption of comprehensive discussions on arms control, as well as broader collective security measures on the Eurasian continent. Since the US cannot oppose the 9M729 deployment without invoking the INF Treaty, that deployment is likely to have the desired effect of restarting a genuine conversation on European security.

The deployment of the 9M729 is most likely a response by Moscow, to the U.S. deployment of the first Aegis Ashore Anti-Ballistic Missile/ Ballistic Missile Defense (ABM/BMD) station in Deveselu, Romania, as a component of the European Phased Adapted Approach (EPAA). The U.S. government has repeatedly asserted that the Aegis Ashore station in Romania, and the station being built in Poland, are defensive in nature. The Aegis Ashore stations are said to be armed with the latest SM-3 BMD missile that does not carry a warhead, relying on kinetic impact to destroy ballistic missiles. The website of the U.S. 6th fleet, responsible for covering Europe and Africa makes the following assertion:

“Missile defense and the EPAA assets are strictly defensive in nature. The U.S. interceptors are not armed with an explosive warhead of any kind. Instead, the interceptor collides with the threat warhead and relies on energy derived from the collision of two objects moving at incredible speeds to neutralize the threat. The interceptors have no capability as an offensive weapon.”

Although this statement is true, it does not enlighten the reader at all about the launch system utilized by the SM-3. The Mk-41 vertical launch system (VLS) comes in a number of variants, any of which can be mounted in the Aegis Ashore system. The Mk-41 is produced in 13 different configurations, and three mission-specific sizes: Strike, Tactical and Self-Defense. The Strike module carries the Tomahawk land-attack cruise missile (LACM). Further developments of the Tactical module can carry the Tomahawk LACM, ASROC, Evolved Sea Sparrow, SM-1, SM-2, SM-3, or SM-6 standard missiles. The Mk-41 VLS equipped Aegis Ashore station in Romania is very much an offensive weapon, as it utilizes a dual-use (offensive/defensive) missile system.

The President of the Russian Federation made it very clear that Moscow understands the dual-use nature of Aegis Ashore stations in Europe. Putin expressed this quite succinctly at the St. Petersburg International Economic Forum in July of 2016 when addressing western journalists.

Not only would the deployment of an intermediate range 9M729 help in countering the establishment of Aegis Ashore stations in Romania and Poland, it also politically counters U.S. hypocrisy and false assertions that EPAA is solely defensive in nature, and brings the entire concept and the validity of the INF Treaty into question. Has the INF Treaty reached the point of obsolesce? When a number of modern technologies are considered, it is obvious that new negotiations are required, if the spirit of the INF Treaty has any hope of an extension farther into the 21st century. The Russian act of essentially taking a LACM used on its naval warships and placing it on a land-based launcher to test its feasibility, should not be any more controversial than the U.S. military permanently basing missile launch systems ashore in Europe, that are essentially systems used for launching LACMs from its own naval warships. Russia’s decision should be seen as a reactionary measure, following the example set by the United States.

According to the INF Treaty, the deployment of identical cruise missile systems at sea is permissible, while their deployment on land is not. This clearly favors the U.S., whose only land borders are shared with friendly nations, one of which is a NATO member.