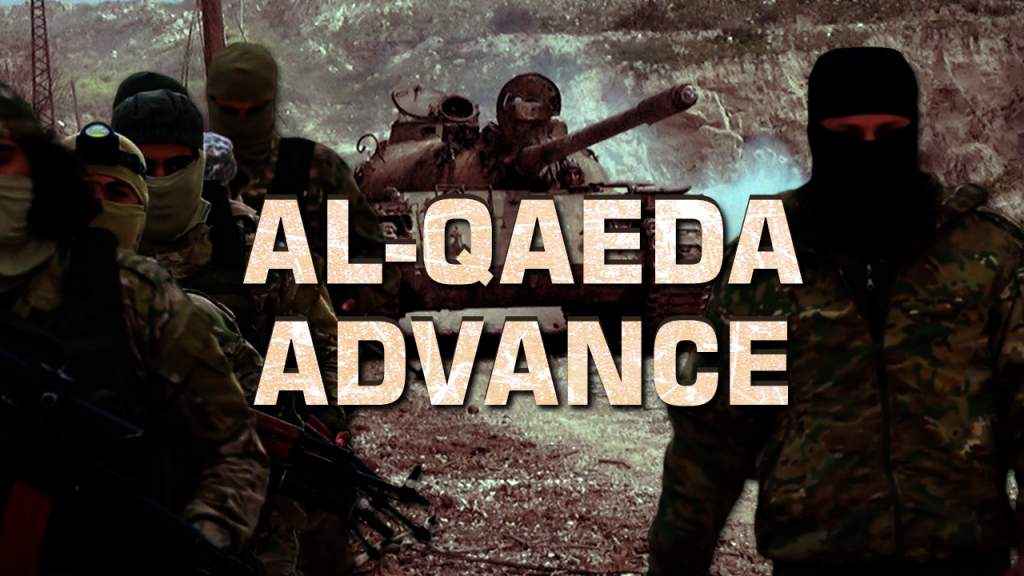 Last evening, Hayat Tahrir al-Sham, Jaish al-Izzah, Jaish al-Nasr, Jaish idlib al-Hur, Ajnad al-Sham, the Turkistan Islamic party and other militant groups launched a large advance on the government-held town of Suran in the northern part of the province of Hama. The militants used two suicide vehicle-borne improvised explosive devices to break government defenses and to enter Suran and Rahbet Khattab. By March 22, the joint militant forces have seized Souran, the the Rahbet Khattab army base, the town of Khattab and launched an attempt to cut the Ma’ardas -Hama road. The Syrian military lost at least 2 battle tanks. Government forces sent reinforcements to the area.

The militant advance in northern Hama came amid an intense fighting in the Qabun industrial area in the eastern countryside of Damascus where Hayat Tahrir al-Sham, Faylaq al-Rahman and Ahrar al-Sham were attempting to link up Qabun with the Eastern Ghouta region. Jaish al-Islam, which was involved in the Astana peace talks, also announced an official support to the militant advance.

On Tuesday, the joint militant forces launched the second attempt to seize this important industrial zone from government forces but failed to achieve significant gains. Multiple airstrikes and artillery strikes played an important role in preventing further advances of Hayat Tahrir Al-Sham and its allies. The main clashes are now taking place in the Fabric Factory which had been captured by militants.

The developments in eastern Damascus and northern Hama where Hayat Tahrir al-Sham (formerly the Syrian branch of al-Qaeda) and its allies had launched wide-scale operations against government forces clearly showed that the militants and their foreign sponsors were not interested in a peace process in Syria and used the time of the nationwide ceasefire to regroup and resupply its forces and prepare for further operations across Syria.

The Free Syrian Army’s Ahmad Abdo Forces, Faylaq al-Rahman and Jaish al-Islam have made significant gains against ISIS terrorists in eastern Qalamoun in the Rif Dimashq province. Their joint forces captured, Jabal al-Naqab, Jabal al-Sharqi, Bir al-Afa’i and the nearby areas. The Ahmad Abdo Forces, Jaish al-Islam and other successfully used the deep involvement of ISIS on other frontlines to achieve own goals in the area.

Government forces liberated the villages of Jafrah, Jannat al-Salamah, Jafar Mansour and Kharayih Diham in the Deir Hafer countryside in the province of Aleppo. Thus, the Syrian army and its allies got a fire control over the only highway which links up Deir Hafer with the rest of the ISIS-held area in the province. However, the control of Jafrah is not enough to keep the highway under the full control. Government troops will need to capture Abu Maqbarah As-Sagirah to cut off the road physically.

In the province of Raqqah, the US-backed Syrian Democratic Forces, mostly consisting of Kurdish units, seized the town of Hamad Assaf which had been controlled by ISIS. Hamad Assaf is located in about 40 km east of Raqqah.