Donald Trump has already changed his position numerous times over the past two months or so. Throughout his campaign last year, he made numerous statements saying that NATO should be “obsolete.”[1] But later in the same year he declared that he would “work closely with NATO.” He added:

“I had previously said that NATO was obsolete because it failed to deal adequately with terrorism; since my comments they have changed their policy and now have a new division focused on terror threats.”[2]

Have NATO and its allies really changed their policy? If so, in what way? Did they stop encircling foreign countries such as Russia? It has recently been reported that “Over 100 NATO military vehicles arrive in Estonia as part of ‘biggest deployment since Cold War.’”[3] Is that the change that Trump is talking about?

Trump also said explicitly during his campaign that Saudi Arabia is an ungrateful ally of the United States: “We take care of Saudi Arabia. Now nobody’s going to mess with Saudi Arabia because we’re watching them. They’re not paying us a fair price. We’re losing our shirt.”[4]

Trump is now taking it easy and does not seem to challenge the Saudis at all. In fact, he specifically excluded Saudi Arabia from his Muslim ban. His views on NATO have also been really soft. He recently had a meeting with Angela Merkel, during which he declared:

“I reiterated to Chancellor Merkel our strong support for NATO, as well as the need for our NATO allies to pay their fair share for the cost of defense. Many nations owe vast sums of money from the past years, and it’s very unfair to the US.”[5] 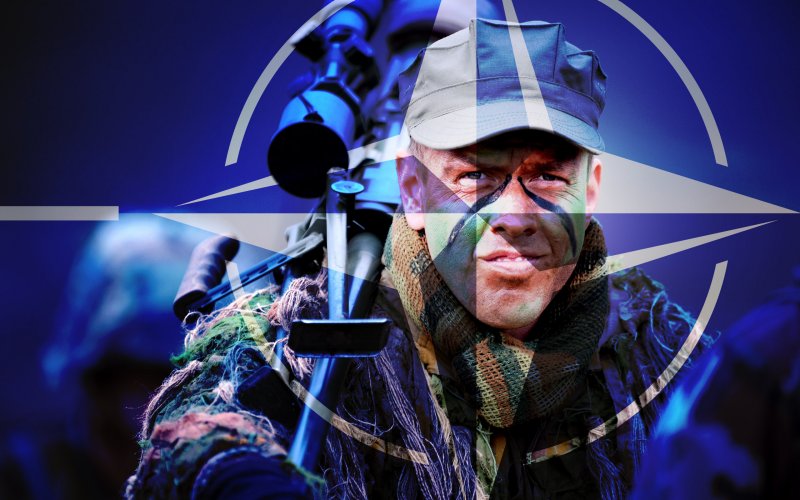 Well, Mr. Trump, wouldn’t NATO be obsolete if they don’t get involved in perpetual wars and harassing other countries? Again, is it really necessary for NATO to keep antagonizing Russia? Doesn’t Trump know that NATO is essentially fulfilling Israel’s dream? General Wesley Clark, the former Supreme NATO Allied Commander and Joint Chiefs of Staff Director of Strategy and Policy, wrote in his book Winning Modern Wars:

“As I went back through the Pentagon in November 2001, one of the senior military staff officers had time for a chat. Yes, we were still on track for going against Iraq, he said. But there was more. This was being discussed as part of a five-year campaign plan, he said, and there were a total of seven countries, beginning with Iraq, then Syria, Lebanon, Libya, Iran, Somalia and Sudan.”[6]

We all know that perpetual wars in the Middle East have been fueled by the Israeli regime. Has NATO challenged the regime and told them to stop? Has NATO sent them an ultimatum saying that they need to stop supporting ISIS? Don’t NATO and Trump know that the Syrian refugee crisis could be resolved practically overnight if the West stops listening to the Israeli regime? And why did the West impose sanctions on Syria in the first place?

Don’t Western leaders know that sanctions in the region mean civilians would have to flee elsewhere? Don’t they know that imposing an embargo on Syria would starve the entire country itself?[7] How stupid can we be? Mush-head Paul Joseph Watson for example talks about “Syrian ‘refugees’ caught plotting massive terror attack in Germany,” but the same Watson would not even touch the real issue, namely, perpetual wars by the Israeli regime fuel the crisis in the Middle East and create chaos in Europe.

Why hasn’t Paul Joseph Watson told his staunch listeners the truth, saying that the West needs to put Netanyahu on the same moral platform? Why does Israel want the Syrian war to go on?[8] Why has the United States found itself in an endless series of wars over the past two decades or so? Is this a coincidence? Or has this carefully been planned by the Neocons and the Deep State?

Moreover, how can people like Alex Jones talk about “Muslim refugees” in Europe when they are not willing to address the fundamental issues? Would we ever have a “Muslim refugee crisis” if we didn’t allow the Israeli regime to kill, steal, and destroy in places like Syria? 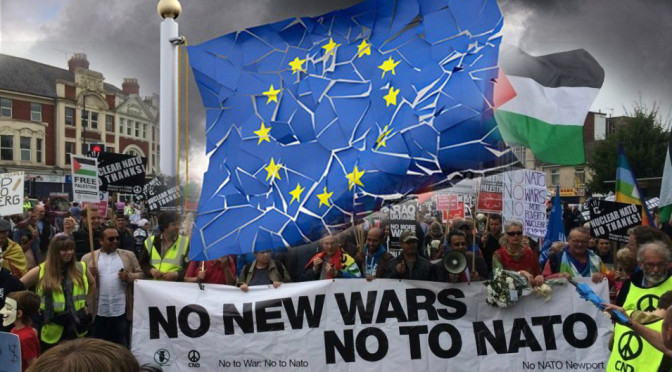 As the old saying goes, the more things change, the more they stay the same. Back in 2011, James Joyner, associate professor of security studies at the Marine Corps Command and Staff College and a nonresident senior fellow at the Brent Scowcroft Center on International Security, rightly declared that “the foreign policy elite operates on a consensus that routinely leads to the use of military power to solve international crises.”[9]

Joyner continued to say that “Neoconservatives of both parties urge war to spread American ideals, seeing it as the duty of a great nation.”[10]

Joyner must know by now that the Neocon ideology is a Jewish political movement[11] which got its start in Bolshevism.[12] People like Irving Howe and Irving Kristol bragged about being Trotskyites.[13] In fact, the Neocon ideology is a departure from the old American ideals.[14] Those Trotskyites used the so-called Holocaust to bludgeon much of the West and the Middle East to death. Saul Below himself declared:

“It’s perfectly true that ‘Jewish Writers in America’ … missed what should have been for them the central event of their time, the destruction of European Jewry. I can’t say how our responsibility can be assessed.

We … should have reckoned more fully, more deeply with it. Nobody in America seriously took this on and only a few Jews elsewhere (like Primo Levi) were able to comprehend it all.”[15]

Joyner made a cardinal mistake by saying that “Neoconservative bastions like the Weekly Standard, Commentary, and the Foundation for the Defense of Democracies are passionate advocates of spreading American values.”[16]

No, they are not spreading “American values”; they are spreading Israeli ideologies, which have caused great pain in much of the Western world and the Middle East. Their political puppets created the New World Order and the Deep State, and their ideological foundations are the anti-thesis of everything that the West represents.

If Trump continues to ignore these vital issues, then you can be sure that he will indirectly or perhaps unintentionally make Israel and the Deep State great again.