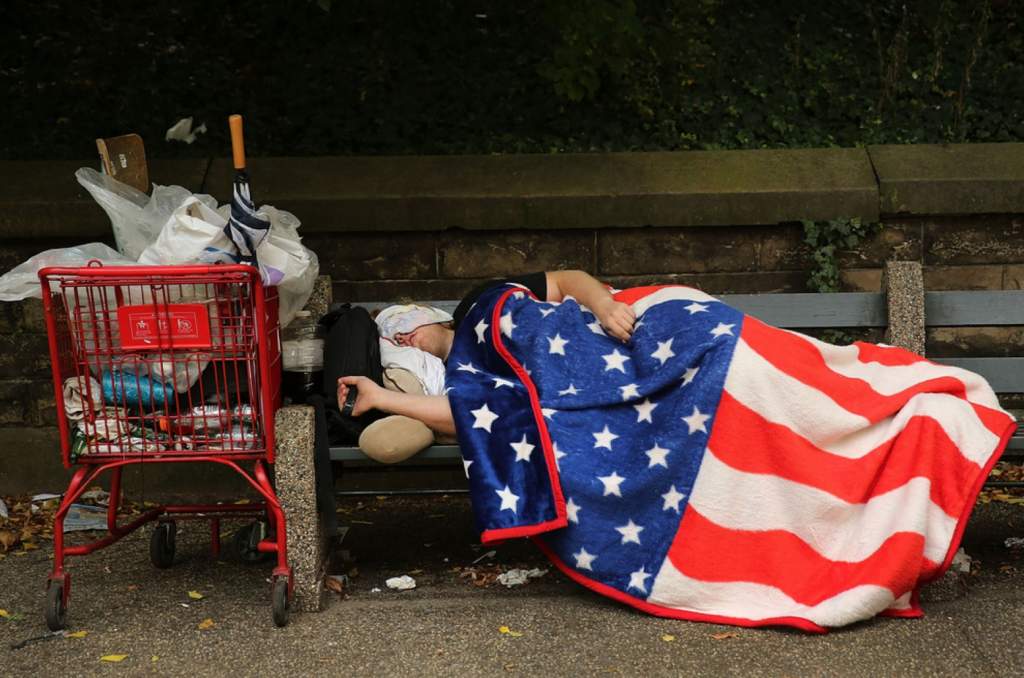 “Republicans want to privatize Social Security, raise the retirement age and cut benefits, claiming that the system is going broke. It is not. Past administrations have raided the trust fund to pay for unrelated projects. President Bush ‘borrowed‘ $1.37 trillion (with a T) to pay for his tax cuts for the rich and finance his needless war in Iraq while still being able to boast he hadn’t raised taxes. The ‘loan’ was never repaid.”

That was then. This is now, and his Office of Management and Budget director, Mick Mulvaney, told conservative radio show host Hugh Hewitt on Monday that the White House is looking for ways around that promise.

He is preparing options for the President to “fix” Social Security, Medicare and Medicaid, AOL.com reported. Mulvaney said Trump wants to “socialize the discussion.”

Many conservatives, led by Speaker Paul Ryan (R-Wisconsin), however, have tried for years to privatize Social Security and limit benefits.

President George W. Bush made it a top priority in 2005 – he called it cashing in the “political capital” of his previous year’s victory– but fortunately he failed. Just imagine what would have happened had he gotten his way. Before his term ended he brought about the worst economic recession since the Great Depression, which would have wiped out the savings and retirement income of millions of Americans.

Republicans want to privatize Social Security, raise the retirement age and cut benefits, claiming that the system is going broke. It is not. Past administrations have raided the trust fund to pay for unrelated projects. President Bush “borrowed” $1.37 trillion (with a T) to pay for his tax cuts for the rich and finance his needless war in Iraq while still being able to boast he hadn’t raised taxes. The “loan” was never repaid.

The real Social Security scandal is that the wealthy, like President Trump and all Members of Congress, don’t pay their fair share of taxes (if the President pays any taxes at all). Everyone is supposed to pay on their first $127,000 of income (it goes up this year from $118,500); everything above that is capped, or untaxed, so it is disproportionately heavy on the middle class that politicians like to say they are most interested in helping.

If they really want to perform a public service, they can start by paying their fair share of Social Security taxes, stop raiding the trust fund to pay for wars and other pet projects and block right wing politicians like Ryan and Mulvaney from trying to limit their benefits in the guise of false economies.

Warnings by politicians like Sen. Ted Cruz (R-Texas) and Marco Rubio (R-Florida) that the system faces bankruptcy unless benefits are cut and retirement age is raised is “completely ridiculous fear-mongering,” Paul Waldman wrote in the Washington Post.

Republicans have opposed Social Security since FDR signed the law in 1935 and are still looking for ways to kill it.

The current tax rate for social security is 6.2% for the employer and 6.2% for the employee, or 12.4% total. Just think how safe your retirement fund would be if Congress, the President, his top officials and other wealthy people paid their fair share. The maximum taxable income is $127,000. Ryan gets $223,500 as speaker, the majority and minority leaders and cabinet members get $193,400 and the rest of the House is paid $174,000. The vice president is paid $230,700.

All Members of Congress, the president, vice president, federal judges and most political appointees have paid into Social Security since 1984 and are eligible for the same benefits that all participants receive, according to the Social Security Administration.

Just think how resilient the trust fund – and your future benefits – would be if they all paid their fair share, the same rate as those who earn less than $127,000 a year.