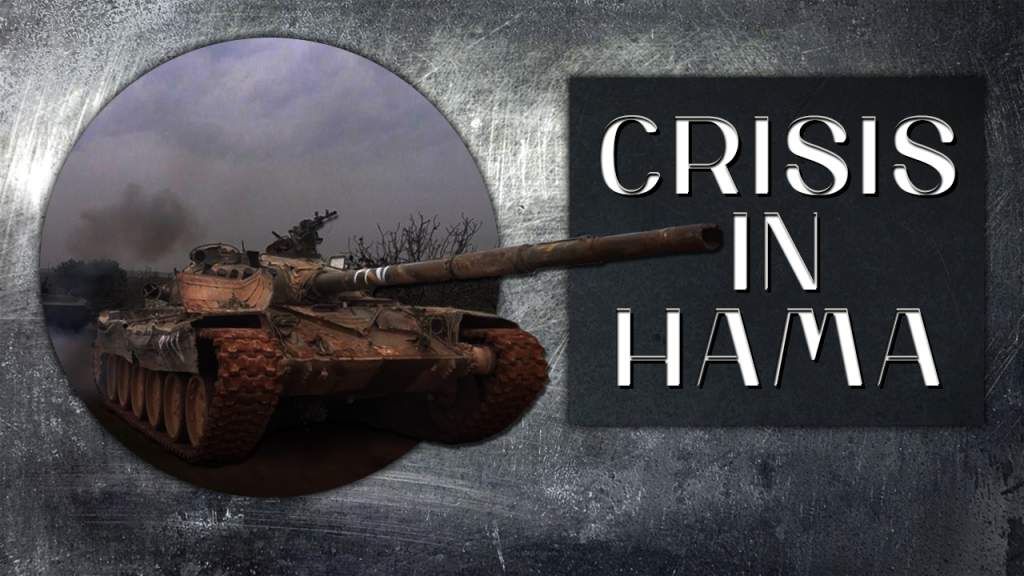 The Syrian military responded with deploying reinforcements to the area from other fronts. A large number of Tiger Forces members redeployed there from the eastern countryside of Aleppo. These units were mostly fire support groups equipped with Grad BM-21 multiple rocket launcher systems and howitzers. Some units of the 5th Storming Corps were ordered to move to Hama from the Palmyra area. The Lions of the Desert, a special forces unit belonging to the Air Forces Intelligence Service, will also strengthen the government forces in northern Hama.

In eastern Damascus, government forces led by the Republican Guard and backed up by the Syrian Air Force regained the textile factory from HTS-led forces and attacked militants in the area of the electricity station.

In the province of Aleppo, the Tiger Forces, backed up by warplanes, further advanced against ISIS terrorists near the ISIS-held city of Deir Hafer. Government troops captured Um Adsa, Al-Khalilah, Jafr Mansour, Tell Akoulah, al-Qasr and Lalat Muhammad. The Syrian army’s Tiger Forces and its allies cut off the Deir Hafer-Raqqah road and de-facto encircled the ISIS stronghold. Some ISIS units are still able to flee Deir Hafer via the cross-country northeast of the city, but this is a temporary option. ISIS reportedly has about 400 fighters in the area.

As soon as Deir Hafer is liberated, the crossroad town of al-Mahdum and the Jirah Military Airbase will become the high priority targets for government forces in the province. The militant advance aimed at linking up the Qabun pocket with the Eastern Ghouta lost momentum and now they were pushed to go defensive to save at least some of the gained points. According to pro-government sources, 150 militants were killed in clashes.

Major General Mohammad Hassan Sultan, a commander of the second battalion of the recently formed 5th Legion, has been killed in clashes with ISIS near Palmyra in the province of Homs. Government troops have been conducting advances north, south and west of the ancient city, aiming to secure its countryside. The government advance on the ISIS-controlled town of Arak has not resulted in a success yet.

The Free Syrian Army’s Ahmad Abdo Forces, Faylaq al-Rahman and Jaish al-Islam further developed their advance in eastern Qalamoun, capturing Mihassah, Thaniyat al-Yaridah, Thaniyah Wadhath, the nearby crossroad and few hilltops. Thus, the groups deployed close to the important government-held city of al-Qaryatan liberated by government forces from ISIS in 2016. Participation of Jaish al-Islam in this anti-ISIS advance poses a threat that militants could attack government troops in the area. Earlier this week, Jaish al-Islam declared its support to the HTS-led advance in eastern Damascus.

On March 21, the US-led coalition airdropped hundreds of fighters of the so-called Syrian Democratic Forces (SDF) to the area west of Tabqa in a shock attack in order to to cut off the Aleppo-Raqqah road and to capture the ISIS-controlled Tabqa Dam, the town of Tabqa and the Tabqa Airbase. According to CENTCOM, the SDF (predominantly the Kurdish People’s Protection Units) plays a key role in the operation. However, the coalition does not deny the presence of US troops in the area. In other words, the US-led coalition’s ground force had spearheaded the operation.

Since the start of the operation, US-led forces have cut off the Aleppo-Raqqah road and seized the villages of Abu Horaira, Hidaj, Krein, al-Jameen and al-Mushayrifah. If the US-led coalition forces are able to capture Tabqa, it will be a major step in isolating the ISIS stronghold of Raqqah. On the other hand, this move will prevent a possibility of government advance on these strategic sites near the Euphrates.