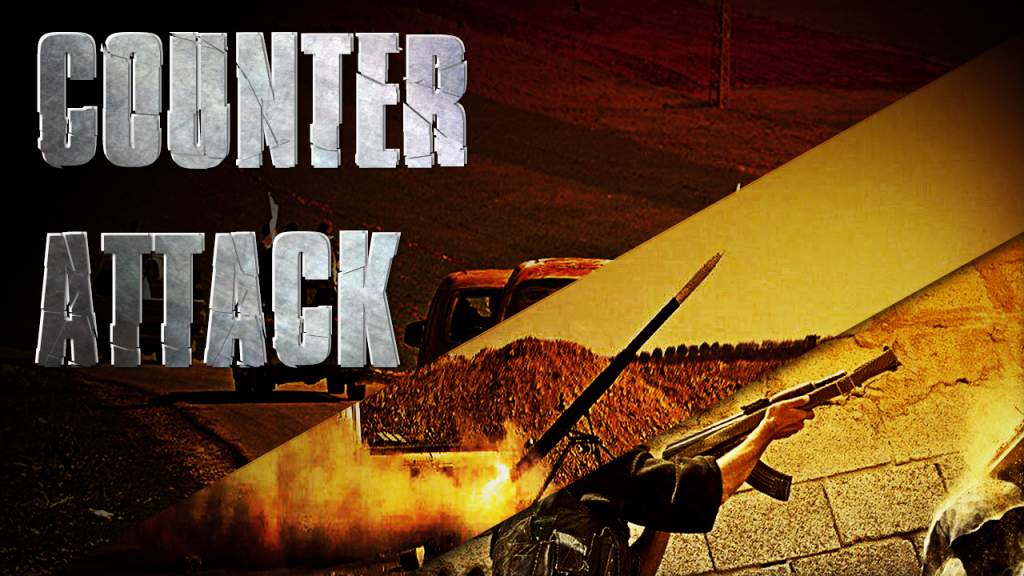 Late on March 23, government forces, backed up by Russian warplanes, carried out a successful counter-attack against jihadists in northern Hama, recapturing the villages of Kawkab, Abdin and the strategic hill south of Maardas. The Syrian army’s Tiger Forces, the 5th Storming Corps, the Lions of the Desert and the National Defense Forces also advanced on Hayat Tahrir al-Sham (formerly the al-Qaeda branch in Syria) and its allies in Azrah, Zawr al Balah, Abu Ubaydah, Bilhusayn and Shayzar and recaptured these areas, according to pro-government sources. Militants denied this. Indeed, clashes are ongoing at the whole frontline and the situation is changing rapidly.

Hayat Tahrir al-Sham (HTS) and allied militant groups had deployed about 2,500-3,000 fighters and over 20 units of military equipment for the operation in the area. They also actively use US-supplied TOW anti-tank missiles.

The Syrian army’s Tiger Forces fully secured the area of Deir Hafer and took control of the nearby village of Um Tinah in the province of Aleppo. The further operations are developing in the direction of Al-Mahdum.

The US-backed Syrian Democratic Forces (SDF) has captured villages of Mushayrfah al-Shahnat, al-Ghassaniyah, Fatsat Abd Ismail and Fatisat Bayram east of Raqqah. According to pro-Kurdish sources, US troops and SDF members are also in control of the Tabqa dam after a swift operation behind ISIS lines on Wednesday.

On Wednesday, the Turkish Foreign Ministry announced that it had summoned the acting Russian envoy after one Turkish soldier was shot dead by cross-border fire from the Kurdish-controlled area of Arin in northern Syria.

“It is an attack on Turkey from a region that is said to be under YPG-PYD control,” Foreign Ministry spokesman Huseyin Muftuoglu explained. “However, the Russian chargé d’affaires was summoned because Russia is responsible for monitoring violations in this region. Through the visit of Russian chargé d’affaires, our views about the involvement of Russian military elements in Afrin were repeated.” Muftuoglu added that Turkey expects Russia to take steps to shut down PYD offices in the country.

The Turkish posture aimed at blaming PYD, Russia and Iran for Ankara’s inability to achieve own goals in the ongoing Middle Eastern crisis increased after the sides were not able to make any breakthrough agreements during the recent visit of President Erdogan to Moscow. Experts also link Ankara’s attitude with the boycott of the new round of the Astana talk from militant groups and the recent incensement of their military activity across Syria.

Earlier this week, the Russian Defense Ministry announced that some its units had been deployed to the Afrin region “in the contact area between detachment of the Kurdish militia and formations of the Free Syrian Army controlled by the Turkish party” in order to monitor the ceasefire and prevent any violations. Moscow denied initial reports that Russia may set up a military base in the region.