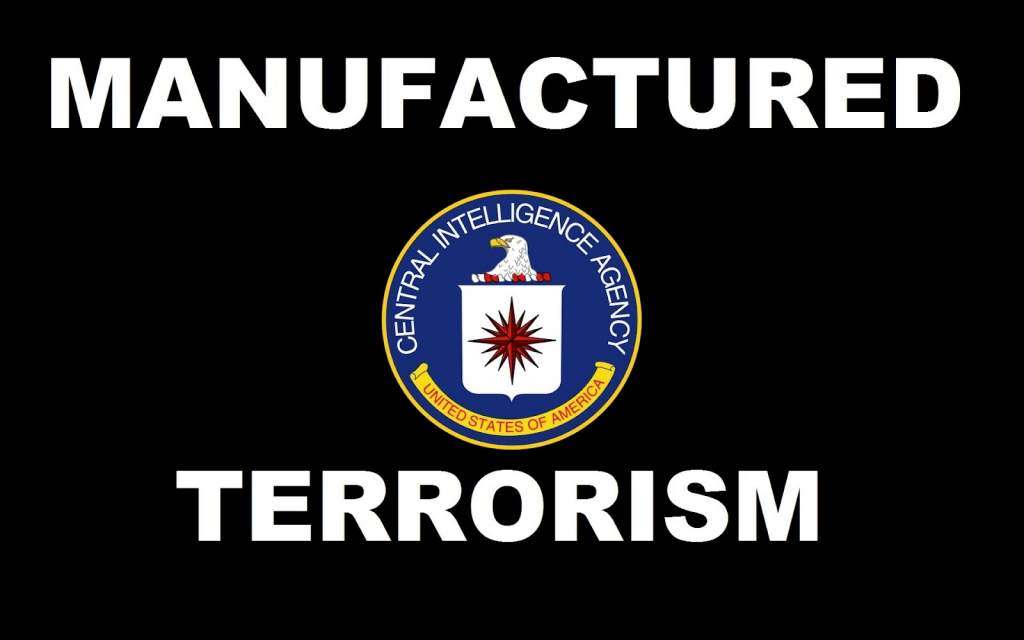 
If you don’t think that much of what is passing for so-called “anti-Semitism” in our day is a smokescreen or false flag, then think again. ABC News has recently reported:

“The suspect’s father has also been arrested for the same charges…Police believe the man made fake bomb threats in New Zealand and Australia and against scores of Jewish institutions across the U.S.

“He also allegedly called in fake bomb threats to two Delta flights at New York City’s John F. Kennedy International Airport in 2015. The threats grounded the flights while passengers were evacuated and luggage was rescreened.”[1]

The same suspect has also made bomb threats in Europe.[2] The Jerusalem Post did not want to say that the suspect’s motivation was to create false flags in Europe and the United States, but we all know that the Powers That Be and the media have been using “anti-Semitism” and covert operations virtually all over the world to beat the Goyim over the head.

About three weeks ago, the Jerusalem Post published an article saying that “More than 100 Jewish institutions, mostly JCCs, have received bomb threats since the beginning of the year.”[3] It stated that “threats had been reported at Jewish institutions in Massachusetts, Illinois, Wisconsin, Maryland, Oregon, Florida, Alabama and at least two community centers in New York…”[4]

The fundamental questions are simply these: who was responsible for those bomb threats? Could it be that they were again false flags? The Jerusalem Post and much of the Zionist media do not want to answer those questions because that would force them to abandon the ideology behind what I call political anti-Semitism.

The fact is that the Powers That Be and their marionettes are desperate. They want to start World War III, and the best way to do so is to create false flags and distractions in order to get people befuddled. This has already happened in places like Australia. For example, The Sydney Morning Herald declared in 2015: “FBI says ‘Australian IS jihadist’ is actually a Jewish American troll named Joshua Ryne Goldberg.”[5] It stated:

“A young Jewish American man has been charged with pretending to be an Australian-based Islamic State jihadist after a FBI joint investigation with the Australian Federal Police based on information provided by Fairfax Media.

“Joshua Ryne Goldberg, a 20-year old living at his parents’ house in US state of Florida, is accused of posing online as ‘Australi Witness,’ an IS supporter who publicly called for a series of attacks against individuals and events in western countries.”[6]

In order to seduce some, Goldberg wrote, “May Allah be with us.” Goldberg “allegedly instructed someone how to fill the bomb with nails, metal and other items dipped in rat poison.”

Now here is the kicker:

“The device appears to resemble a ‘pressure cooker bomb,’ similar to the type of explosive used in the Boston Marathon attack.”[7]

For example, in 1954, Israeli terrorists planted explosives in numerous buildings in Egypt and even in U.S. diplomatic areas and blamed the Arabs for the acts. This was known as the Lavon Affair. The CIA did similar things in Iran in the 1950s.[9]

In 1957, both Britain and America used the CIA and MI6 in a concerted effort to overthrow the Syrian government. Why? One of the reasons was that “Syria had control of one of the main oil arteries of the Middle East, the pipeline which connected pro-western Iraq’s oilfields to Turkey.” In order to demonize the Syrian government, the Powers That Be even

“approved a CIA-MI6 plan to stage fake border incidents as an excuse for an invasion by Syria’s pro-western neighbours, and then to ‘eliminate’ the most influential triumvirate in Damascus.

“The plans, frighteningly frank in their discussion, were discovered in the private papers of Duncan Sandys, Mr Macmillan’s defence secretary, by Matthew Jones, a reader in international history at Royal Holloway, University of London.”[10]

“The report said that once the necessary degree of fear had been created, frontier incidents and border clashes would be staged to provide a pretext for Iraqi and Jordanian military intervention.

“Syria had to be ‘made to appear as the sponsor of plots, sabotage and violence directed against neighbouring governments,’ the report says. ‘CIA and SIS should use their capabilities in both the psychological and action fields to augment tension.’

“That meant operations in Jordan, Iraq, and Lebanon, taking the form of ‘sabotage, national conspiracies and various strong-arm activities’ to be blamed on Damascus. The plan called for funding of a ‘Free Syria Committee,’ and the arming of ‘political factions with paramilitary or other actionist capabilities’ within Syria.”[11]

Are we currently repeating history in Syria? Haven’t the Israelis been supporting terrorist cells in the region? Haven’t they admitted this? Do they give a damn about what Western leaders think? Do they really worry about creating chaos in the Middle East?

False flags have been used by the Powers That Be since the beginning of time. For example, three quarters of the city of Rome was burned down by what is now called the Great Fire of Rome in the summer of A.D. 64, which lasted about six days. All historical documents indicate that Nero was responsible for the fire, but he blamed it on the Christians, whom he ended up torturing and liquidating.[12] First-century historian Tacitus recounted:

“Consequently, to get rid of the report, Nero fastened the guilt and inflicted the most exquisite tortures on a class hated for their abominations, called Christians by the populace.

“Christus, from whom the name had its origin, suffered the extreme penalty during the reign of Tiberius at the hands of one of our procurators, Pontius Pilatus, and a most mischievous superstition, thus checked for the moment, again broke out not only in Judaea, the first source of the evil, but even in Rome, where all things hideous and shameful from every part of the world find their centre and become popular.

“Accordingly, an arrest was first made of all who pleaded guilty; then, upon their information, an immense multitude was convicted, not so much of the crime of firing the city, as of hatred against mankind. Mockery of every sort was added to their deaths.

“Covered with the skins of beasts, they were torn by dogs and perished, or were nailed to crosses, or were doomed to the flames and burnt, to serve as a nightly illumination, when daylight had expired.”

One historian writes that the Great Fire ended up damaging Nero’s “moral reputation and financial viability,”[13] largely because Nero used that excuse to burn alive “a despised minority, the Christians.”[14]

Things have changed over the centuries, but the fundamental ideologies have remained the same. The Powers That Be have used false flag operations in places like Syria to virtually burn both Christians and Muslims alive in the region. The Israeli officials have already admitted that they have been helping terrorist cells such as ISIS or al-Qaeda to get rid of the Syrian government. They want to shed innocent blood virtually all over the Middle East.