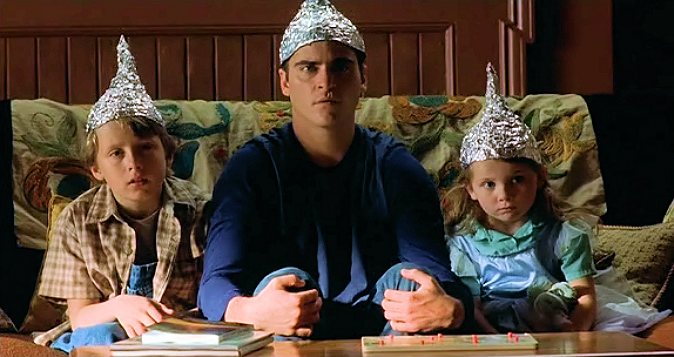 [ Editor’s note: Uri brings us one of his classic critiques of Israeli internal politics, where chaos theory is practiced on the body politic, in addition to the enemies of the state, who are defined as anyone “they” don’t control. He takes us into the belly of the beast on this battle for control over the government-controlled media organs, for the obvious reasons.

The surprising part of the story is how he describes that no one really seems to understand exactly what the battle is about, with most political leaders remaining mum on the topic publicly, something quite rare to see among Israeli politicians.

And this is the country that Israel-lovers here love to crow about — how it is the only democracy in the Middle east — when it more resembles a loose organization of gangsters who squabble over who is going to have control over what rackets in what neighborhoods, with the Palestinians of course at the bottom of the list.

But these are very special gangsters, who have a UN seat, sovereign immunity, a big military and intel apparatus, and feeder gangs all over the world reporting in and sending lots of money back to the home base. The success of Israel is what has brought the international crime syndicates into politics in a big way.

Rather than pay their taxes on ill-gotten gains into the public kitty, they pay them directly to the politicians who are able to provide their operation the protection needed for them to flourish, by doing things like eliminating competitors who do not pay the proper dues to the proper people.

The saddest thing Uri brings us below is the response he got with this big survey of who would people like to see in the top slot if Bibi could be gotten out of there. Nobody could think of anyone. That is a politically bankrupt country, similar in many ways to what we have here in the US, which is its own political wasteland.

That contributed to having Trump in the White House, with people effectively voting “none of the above” on the slate of groomed political candidates. So now we have Mr. Reality TV Show man and crew running the country on twitter, which is bitter. And yet there are still legions who thing the gang that can’t shoot straight is going to save us, and where draining the old swamp and refilling it with a new one is considered a huge positive accomplishment. You just can’t make this stuff up… Jim W. Dean ]

What is the difference between a “corporation” and an “authority? You don’t know? Join the 8.5 million Israelis who don’t know either. It’s a national riddle. The whole country is absorbed by it. 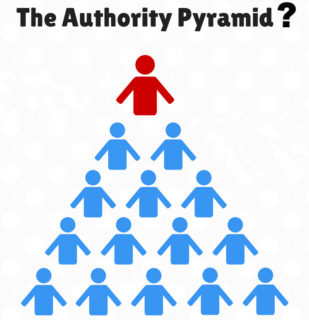 The Prime Minister announces that he will “go to the very end” to achieve his end. Which end? I don’t know. I am not sure that he knows. Nobody I know knows. The Prime Minister threatens the worst. If he does not get his way – whatever it is – he will do something absolutely awful: announce new elections. Let the people decide whether they want the authority or the corporation, whatever they are.

What is it all about? One thing is certain: it concerns the public media. Binyamin Netanyahu wants to have them under his control. Completely. Totally. Radio and television. The social media. The lot. But it Seems it is not so easy to get a firm grip on them.

Formally it belongs to the government, but it enjoys considerable autonomy. Then TV came along, and now there are several networks, one of them a public one. It belongs to the same authority.

Netanyahu is very sensitive. He does not like criticism. Neither does his wife, Sarah’le. The Royal couple wondered how to silence the impertinent voices and hit upon a remedy: abolish the authority and create a corporation. By this simple stratagem, they could get rid of all the old hands (and mouths) they detest. 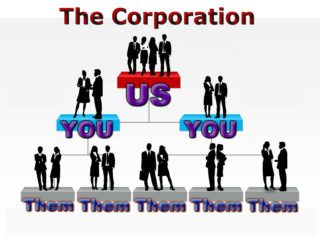 So it was decided, laws were enacted, a budget was adopted, new personnel were hired. But then Netanyahu – or his wife – woke up one night and asked: Hey, what are we doing? Who will tell all these good corporation people what to broadcast and what not?

The new corporation was modeled on the much admired BBC – the British Broadcasting Corporation. The BBC enjoys a lot of independence. Do we really want a corporation that ignores the wishes of the Prime Minister? Worse, the wishes of his wife? Of course not. Stop everything!

So here we are today. The old authority has not yet been disbanded, its bloated personnel not yet dismissed. Its various TV and radio stations broadcast every day around the clock. And there is the new broadcasting corporation, full of new employees, slated to go on the air on April 30, just a month and five days away.

Who will be broadcasting on May 1? The authority? The corporation? Both? Neither? Only the Almighty knows. Perhaps not even He. Who is Netanyahu’s adversary in this fight?

A quite unlikely enemy: Moshe Kahlon, the Minister of Finance. A mild, unassuming type, with a permanent smile, a former Likud member. The Almighty – the same – has turned this pussycat into a lion. Miracles do happen.

I happened this week to visit a radio studio. Broadcasting people all around me. I asked them, one by one, what the fight was about. They tried their best to explain it to me. In the end, I still had no idea, and I had the strong impression that they didn’t either.

This week Netanyahu paid a state visit to China, to get away as far as possible. Between these two world powers – China and Israel, the elephant and the mouse – there are good relations. The Prime Minister was shown around. He was taken to the Great Wall. Photos showed him surrounded by dark-suited men and one red-clad woman, his wife. He was just making a phone call, ignoring the unique landscape.

To whom? Those damn journalists soon found out: the Prime Minister was talking to his underlings in far-away Israel about dissolving the fledgling corporation and strengthening the old authority.

His Minister of Finance announced that, if that happens, he will bring the government crashing down, making new elections unavoidable if Netanyahu wants to stay in power. 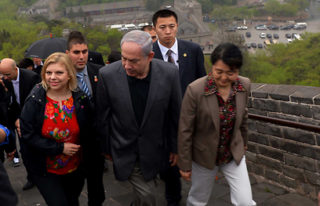 Why? Without Kahlon and his Kulanu party, Netanyahu and his ultra-right coalition have no majority. The opposition, together with Kahlon, will constitute a new majority. In theory it could set up a new government.

No need for elections. Simple arithmetic. Eh… true. But arithmetic is not politics. Such a new coalition would have to include the Arab party, and that is too much both for Lapid and Herzog.

Throughout this whole ridiculous affair, the voice of the opposition was not heard at all. As if the Almighty – still the same – had struck them dumb. As if Yair Lapid, generally a prolific talker, who may lead the largest party in the Knesset after the next elections, was suddenly searching for words. Poor man.

Not quite as poor as Yitzhak Herzog, the leader of the Zionist Camp, a.k.a. the Labor Party. Not a word. Nothing to say – incredible as this may sound for a politician.

Why this sudden silence? Simple: on both sides of the conflict there are journalists. And what politician wants to quarrel with journalists? Who would dare, apart from Binyamin Netanyahu? What does he want?

What is the purpose of this entire ruckus? That is one riddle which is easy to answer: Netanyahu wants sole, direct control of all Israeli media. He wants to be able to tell every single broadcaster what to say and what not to say.

After the last election, he retained in his own hands not only the offices of Prime Minister and Foreign Minister, but also the Communication Ministry, quite a junior office – except that it controls all government subsidies for the media. For some technical reason, the Supreme Court compelled him to give up this position and turn it over to one of his yes-men.

Control of all the media is the dream of every democratic ruler. (Dictators don’t dream about it, they have it.) Netanyahu already has absolute control over Israel’s largest daily newspaper – a paper distributed for free.

This is a gift from one of his most ardent admirers – the US Casino Mogul Sheldon Adelson. (I have invented the Hebrew term for such a give-away – something like “gratisette”.)

The owner of a real daily paper of almost equal size was overheard offering Netanyahu preferential treatment in return for cutting back the circulation of this private paper. Why the hell does Netanyahu need all these machinations?

His power is based on solid foundations. He has already realized a politician’s dream: He has no successor. All possible heirs have been eliminated long ago. Ask any of his detesters whom they see as a possible replacement, and they will fall silent.

Many Israelis – myself included – believe that Netanyahu is leading the state towards an existential disaster. The man has no world view, except the nationalistic fanaticism of his late father, a historian of the Spanish inquisition. As an intellectual, he is a zero.

But he is a talented political practitioner, an expert in day-to-day political machinations, including relations with foreign powers. There seems to be no other practitioner around who could fill his place. So, for the time being, we are stuck with him, his authority and/or his corporation.