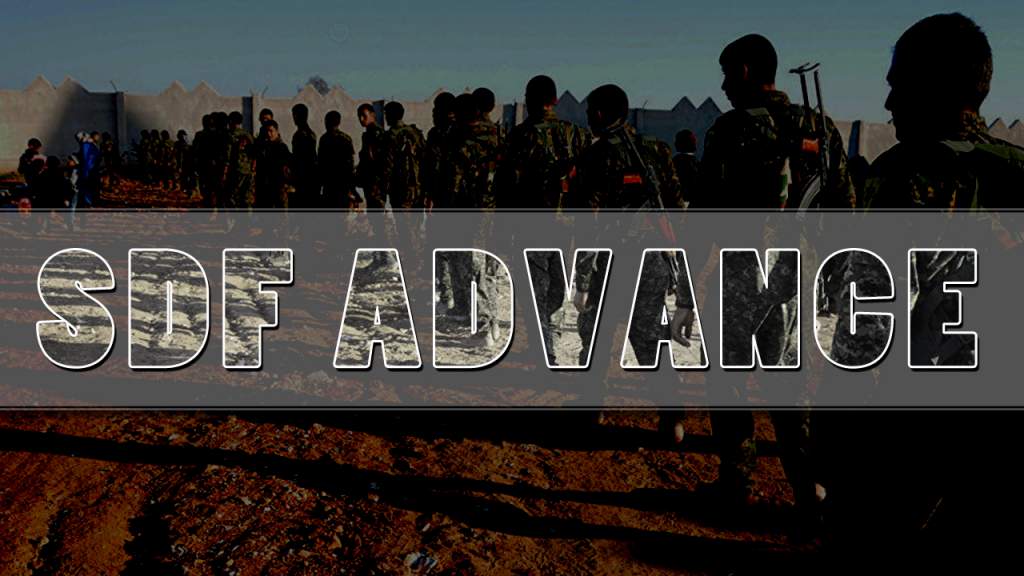 Last weekend, the US-backed Syrian Democratic Forces (SDF), mostly consisting of the Kurdish People’s Protection Units (YPG), entered the Tabqa Airbase and took control of some nearby villages, including Ayed Kebir, from ISIS terrorists in the province of Raqqah. With this advance the SDF deployed in a striking distance from the ISIS-held town of Tabqa. If the town of Tabqa, the Tabqa Airbase and the Tabqa dam fully captured, the US-backed force will obtain an important base of operations southwest of the ISIS self-proclaimed capital of Raqqah that will allow the group to continue its operation to isolate this city.

The ISIS-linked media outlet “Amaq” reported that the Tabqa dam north of Raqqa is on the verge collapse after a number of US airstrikes had hit the facility. The dam reportedly went out of service and all of the dam’s gates shut automatically. The water level is increasing. A source among the dam workers informed Al-Mayadeen Channel that the dam was closed because of damage suffered from airstrikes. The US-led coalition said in a statement that the dam had not been structurally damaged, arguing that the coalition does not target the dam with strikes.

The SDF, backed up by the US Special Forces and the US Air Force, is now in control of the northern part of the facility. Clashes are ongoing in the area.

In the province of Aleppo, government forces liberated the villages of Rasm Jays, Abu Maqbara, Abu Maqbara Saghirah from ISIS. The Syrian army also entered the village Rasm Khamis Gharbi but it still has to be secured. Thus, government troops are now in less than 3km from the important crossroad town of Mahurah controlled by ISIS.

The Syrian army and its allies have once repelled a Hay’at Tahrir al-Sham-led attack on the town of Qamhana which is an important government defense site in northern Hama. Besides this clashes continued in the areas of Breidij, al-Mugheer, Kafr Nabbudah front, al-Bana and Tal al-Sakura. The situation remains very tense for government forces. However, deployed artillery units and Russian and Syrian warplanes allowed them to stabilize the situation in the area.

In eastern Damascus, government forces have got a full control over the industrial area separating Jobar and the Qalamun pocket. Fighting is continuing in the vicinity of the Qalamoun pocket.