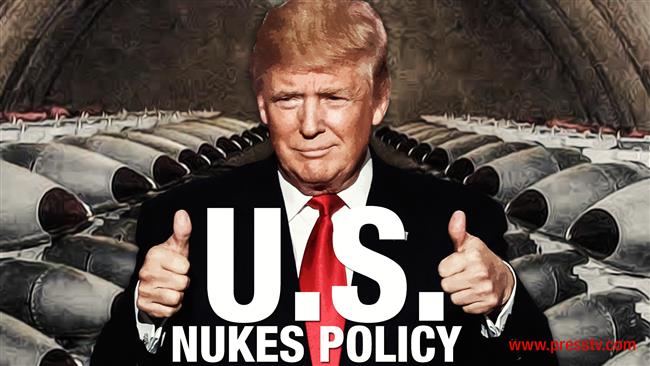 [ Note: The shadow boxing on allowed weapons systems, including nuclear, their testing and deployment, has been with us for a long time. All kinds of games are being played to block those who don’t have them from getting any, so that those who have the weapons can “encourage” others to follow a certain geopolitical and economic program preferred by the exceptional “uni-polar” superpower.

This ended up being the policy that Obama got his affirmation action Nobel Peace Prize for when he had done nothing to earn it, and had a pretty poor record while in office, other than bringing in an extremely difficult Iran nuclear deal. VT supported him all the way on that.

I never hear a guest on any of these programs mention how important the US first-strike policy is brought in under Clinton, with the NeoCon crew, as the driving force behind it. All of these nuclear experts seem to know nothing about use of mini-nukes, despite our volume of articles on the topics.

Those getting paid via government-funded contracts usually have “no go” areas, if they want to keep their jobs. When you bring up these red-line areas, they act like their earplug went dead, and they did not hear you. I have never had one contact me after a show to ask for any our of past material.

Are they part of the fake news establishment? I would have to say so, because the biggest security threat in the pipeline is a US with its first-strike policy armed with hypersonic cruise missiles with mini-nuke warheads that have a variety of deployment vehicles, from subs to B-2s, to F-16s and Aegis destroyers, or even disguised platforms, which I will not mention.

They are the perfect decapitation strike weapon to attempt knocking out someone’s retaliatory strike capability, which means that quick decisions would be have to made to launch what you had, before it was all destroyed. This is an illogical “defense” policy, as any advantage one has will encourage potential targets to deploy an equivalent version as soon as they can… JD ]

In this edition of The Debate, Press TV has conducted an interview with Jim W. Dean, the managing editor of Veterans Today, from Atlanta, and Jim Walsh with MIT’s Security Studies Program, from Boston, to discuss US President Donald Trump’s policy on nuclear weapons.