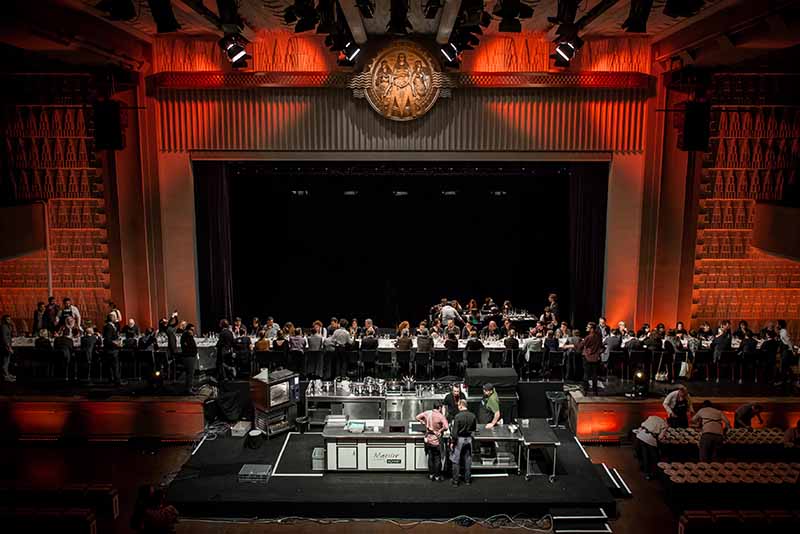 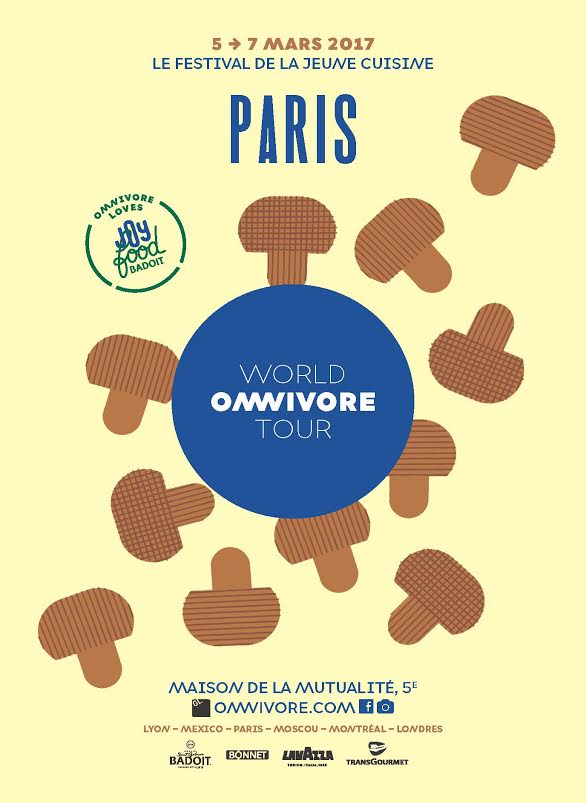 There were 102 food demonstrations , 120 chefs, barmen and also 6 Masterclasses.

The goal was for the attendees which mostly were chefs and people involved in the hotel industry as well as students from prestigious cooking schools like  Le Cordon Bleu to meet the chefs and see how they created special dishes and to taste food from local producers in regions mainly in France and Italy for sale to restaurants and hotels.

The Village Omnivore featured known brands like the famous water compay ,Badoit, Lavazza coffee, Elle é Vire Professional butter company, Kitchen Aide with their efficient and durable cooking machines used by top chefs in the world;. Two cooking schools  Le Cordon Bleu which instructs 20,000 students from 90 countries per year and Ferrière which wants to become the choice for hotels, gastronomy and deluxe cuisine had booyhd; Big Green Egg had a display which featured the cooker which is a barbecue machine, a pizza oven  toaster and a machine to smoke food; It uses charcoal which runs non stop for 5 hours until it needs replacing.Twitter France was at Omnivore for all in attendence to ask questions to a chef and get the answers instantaneously.There were many food tastings including the good Lavazza coffee, ham, Parmegean cheese and even oysters on the half shell. The tastings were designed to offer regional products from Europe particularly France and Italy to chefs and high class restaurants.  Participants had the opportunity to taste alcoholic beverages and spirits.

There were several events outside of the exhibition center.

Pop up dinners featured cooking by famous chefs. These were quickly sold out.

The dinner on March 6th  featured David Toutain from DT Restaurant in Paris  and John Shield from Smyth & The Loyalist  restaurant in Chicago, and Daniel Burns from Luksus in New York.

World Omnivore Paris was an interesting and informative culinary  event.

World Omnivore Tour goes to other cities including New York and Moscow.