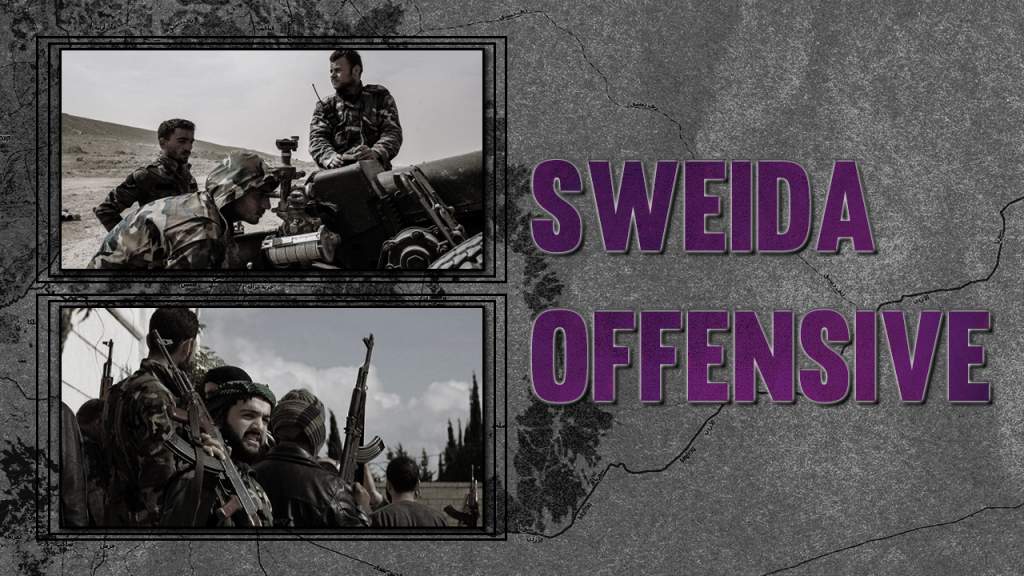 Meanwhile, the Free Syrian Army and allied elements continued their own advance against ISIS terrorists in the same area, recapturing the villages of Shunwan, Beir Al Awra, Beir Al Qunyat, Rajm, Al Dawla. According to reports, a majority of ISIS militants had withdrawn from the Sweida province to Deir Ezzor and Raqqah.

In northern Hama, the SAA and the NDF took control of Maazraf and Kafr Amim from the joint militant forces led by Hayat Tahrir al-Sham (HTS). The sites had been controlled by Jaysh al-Izza and Abnaa al-Sham fighters that, in general, were less motivated than their counterparts from HTS. However, Jaysh al-Izza actively uses US-supplied TOW anti-tank guided missiles against the government military equipment and manpower inflicting notable damage and casualties. Intense clashes continued along the whole frontline in the area.

Rumors have been circulating that the Russian Air Force had stricken fighters of the Syrian Arab Army’s Tiger Forces near the government-held town of Qamhana in northern Hama. Allegedly, the Russian airstrikes resulted in the killing of 33 Tiger Forces members and the wounding of about 40 others. However, no photos or videos were provided from the site of the alleged airstrikes and independent local sources were not able to confirm that the incident had even taken place.

The US-backed Syrian Democratic Forces (SDF) continued their advance west of Raqqah, aiming to take control of the town of Tabqa. The advance on the Tabqa dam resulted in no gains because of a threat to damage this strategic facility.