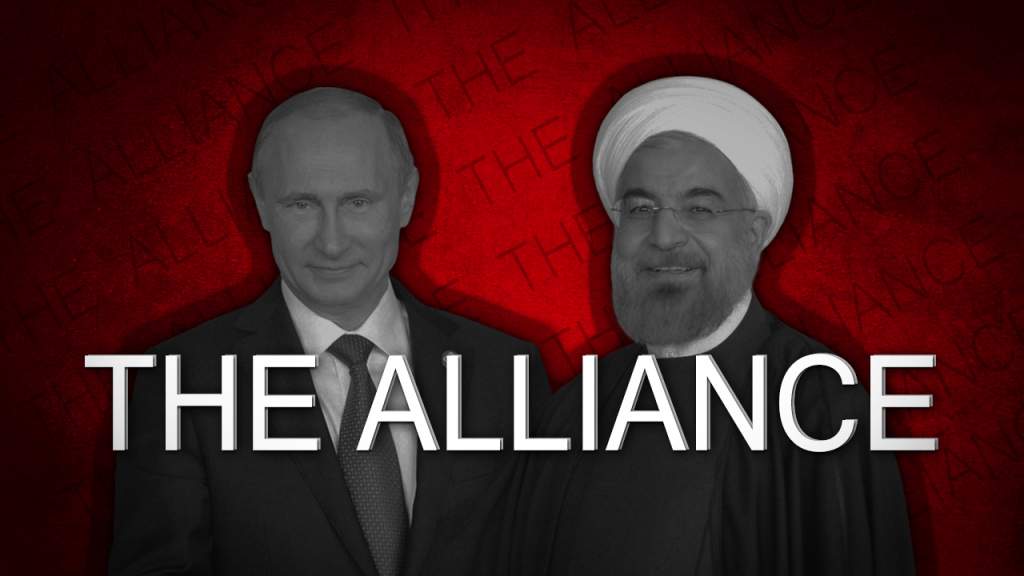 An Iranian delegation, led by President Hassan Rouhani, arrived in Moscow on Monday for negotiations with their Russian counterparts. Russia and Iran are allies in the ongoing conflict in the Middle East, and the ongoing negotiations between the Russian and Iranian leadership may be characterized as a peak of their mutual diplomatic activities in the first quarter of 2017.

Earlier this year, the Russian leadership had held consultations and meetings with almost all external and internal players in the Middle East, clarifying their positions towards the situation in Syria. March developments have shown that the many sides have not reached a seamless consensus over the conflict. Furthermore, some positions and opinions became increasingly divergent.

Turkey and Israel expanded their support to militant groups and increased their own military involvement in the conflict. This situation forces Moscow and Tehran to adjust their plans for the spring-summer campaign of 2017. Besides this, Russia and Iran have a broad polıtıcal agenda to discuss.

The main reason behind the Russian-Iranian alliance in Syria is a joint concern over security threats from terrorist groups and geopolitical competitors using terrorist groups and western controlled, surrogate regimes for exerting pressure on their perceived opponents.

Some experts believe that these, once well-known external players, sought to acquire control over the region in several steps, implementing several “controlled chaos” approaches.  New types of quasi-state terrorist structures, like ISIS, appeared because of these experiments, which had been enacted in the region, or as a result of a gross dereliction of duty. Regardless, this growing threat of highly organized and ideologically motivated Sunni terrorism led to the creation of the Iranian-Russian military alliance.

However, Moscow and Tehran could have different approaches on the operational level. They have different attitudes towards the retention of power by President Bashar al-Assad. Iran stands for maintaining the current status quo while Russia does not rule out a creation of a coalition government representing the interests of different Syrian ethnic and religious groups.

Moscow and Tehran have different negotiability in the case of working with other regional players, including Turkey, Israel, Saudi Arabia and Qatar. This situation is determined by a number of ethnic, religious and historical factors. There is a notable difference in the level of pressure that Moscow and Tehran could face from global players.

Russia is more vulnerable to various types of pressure than Iran, because of its role in world politics, its ample geographic territory, democratic political system, the multi-ethnic and multi-religious structure of its population, and its involvement in other key conflicts.

Nonetheless, these differences are negotiable and do not influence the general nature of the military and political cooperation between the two powers.

If we want to understand the Iranian and Russian interests in the region, we should attempt a forecast, characterizing the aims and objectives that each side has in 2017.

In diplomatic terms, Russia will likely continue to try to align its policy of solving the Syrian conflict with that of the United States. In particular, Moscow will use opportunities opened through their strategic cooperation with the Kurds. Russia will continue to work with Ankara in order to decrease, if not cease, the flow of arms and munitions from Turkey to the various militant groups in the Syrian province of Idlib.

An important issue is the need to separate pro-Turkish militant groups from al-Qaeda-linked organizations. Concerning the Kurdish issue, Russia will contribute to any efforts that create and strengthen confidence and trust between the Damascus government and the Kurdish leadership. The goal is to get a joint vision of the post-war political order in Syria that includes the interests of the Kurds.

This must lead to setting up a de-facto alliance between pro-government and Kurdish forces. Russia will also work to expand its role as a mediator in other Middle Eastern conflicts, such as those in Iraq, Palestine and Yemen. This will result in increasing influence on Israel, preventing it from conducting unilateral military actions against Damascus, or at least limiting them.

In military terms, Russia has the following goals for 2017:

In turn, Tehran will continue its diplomatic efforts aimed at strengthening of pro-Iranian forces in Syria, including the Assad regime, as a key component of the Shia Crescent. Iran will also focus its efforts on the he stabilization of Iraq, led by the Shia government and defended by the predominantly Shia military forces. Tehran will adopt all possible measures to counteract the actions of the Gulf monarchies, and as a result, those of the United States and Israel, in Yemen, by supporting the Houthis.

Within the framework of the Arab-Israeli confrontation, Iran will further seek to depict itself as the main frontline power working in the interests of the Palestinians. Tehran will contribute military and diplomatic efforts to strengthening the influence of Hezbollah in the region and to assist Hezbollah in gaining international, legal recognition as a legitimate political and military force in the region.

Economic isolation is a major obstacle for Tehran. The Trump administration has intensified cooperation with Israel and sees Iran as a key threat to both the US and Israeli interests in the region. This political reality does not bode well for the chances that sanctions on Iran will be wholly lifted in the near future. Meanwhile, Iranian-EU relations pursue another agenda, and here Tehran could expect an economic breakthrough.

As for Iranian military goals in 2017 in the region, they consist of:

Thus, we can see that Russia and Iran have joint military goals, and at least there are no irreconcilable differences. As to the political and diplomatic agenda in general, the situation is relatively the same; however, there could be some variance.

This is why the alliance has to operate in close contact with one another and to respond swiftly to challenges as they materialize. Both sides have to clarify their own vital interests in good faith, to exchange views, and to develop a pragmatic, joint approach in the sphere of regional security.