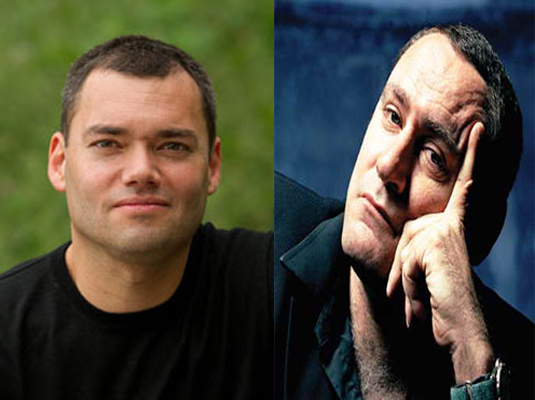 In 2007, in an article in Counterpunch entitled From Esther to AIPAC, I exposed the disturbing ideological continuum between the Jewish Queen Esther and the Jewish lobby AIPAC. Today I was amused to discover that, in an article in the Forward, Peter Beinart had, almost word for word, recycled my ideas.

My article delved into the Jewish cultural and religious foundations of Zionist lobby thinking and it argued that infiltration into foreign elites and political administrations are deeply embedded in Jewish teachings and traditions.  I wrote: “The Book of Esther  … tells the story of an attempted Judeocide but it also tells a story in which Jews manage to change their fate. In the book the Jews do manage to rescue themselves and even to mete revenge… It is a story of a palace, conspiracy, an attempted Judeocide and a brave and beautiful Jewish queen (Esther) who manages to save the Jewish people at the very last minute…The moral of the story is rather clear. If Jews want to survive, they better find infiltrates into the corridors of power. With Esther, Mordechai and Purim in mind, AIPAC and the notion of ‘Jewish power’ looks like an embodiment of a deep Biblical and cultural ideology.”

Fast forward ten years, In his article from today AIPAC Reflects Heroism Of Jewish Power — And Its Perils, Beinart wrote: “On Purim, Jews read the Book of Esther, which tells the story of a Jew who unexpectedly gains influence with a mighty king. She learns that a wicked man named Haman threatens her people with destruction. Since her status may afford her some protection, she has the option to remain silent. But she does not. She uses her power to foil the wicked man’s plot and save her people….That’s also the story of the American Israel Public Affairs Committee. American Jews are Esther. They have won influence with the most powerful government on earth. They could keep their heads down, focusing only on preserving their own safety and privilege…”

It goes without saying that I’m delighted to see my ideas disseminated so accurately and so widely – and especially so within Zionist-lite circles – though it would be nice if Beinart had the bravery to admit where he got his ideas. But never mind. What really matters here, is not from whence the ideas come, but how truthful they are. And they are pretty truthful. Jewish lobbying is indeed at the core of Jewish culture.

But the above articles, both from myself and now from Peter Beinart, explain not only how Jewish lobbies such as AIPAC have managed to dominate American and British foreign affairs, but also how the same kind of people have also managed to dominate any resistance to AIPAC. Because by now, it is anti-AIPAC Jews, rather than the American people who lead any opposition to the foreign lobby that pushes America into global  disastrous conflicts.  The meaning of this is as simple as it is devastating:  AIPAC and the opposition to AIPAC are now both an internal Jewish affair. Goyim are simply excluded.

Exactly the same happened to the Palestinian Solidarity movement which is now dominated by Jewish lobbies and activists (JVP, IJAN, Mondoweiss etc’) . Once again, Zionism and Israeli criminality and the opposition to Zionism and Israeli criminality, have both been reduced into Jewish internal affairs – with the result that the discourse of the oppressed (the Palestinians) is now shaped by the sensitivities of the oppressors.

But this should not take us by surprise. Two thousand years of imaginary ‘diaspora’, pathological victimhood and fake news have led to the emergence of a radical exilic culture, highly skilled and sophisticated in hegemony tactics and power strategies. What’s not to like?