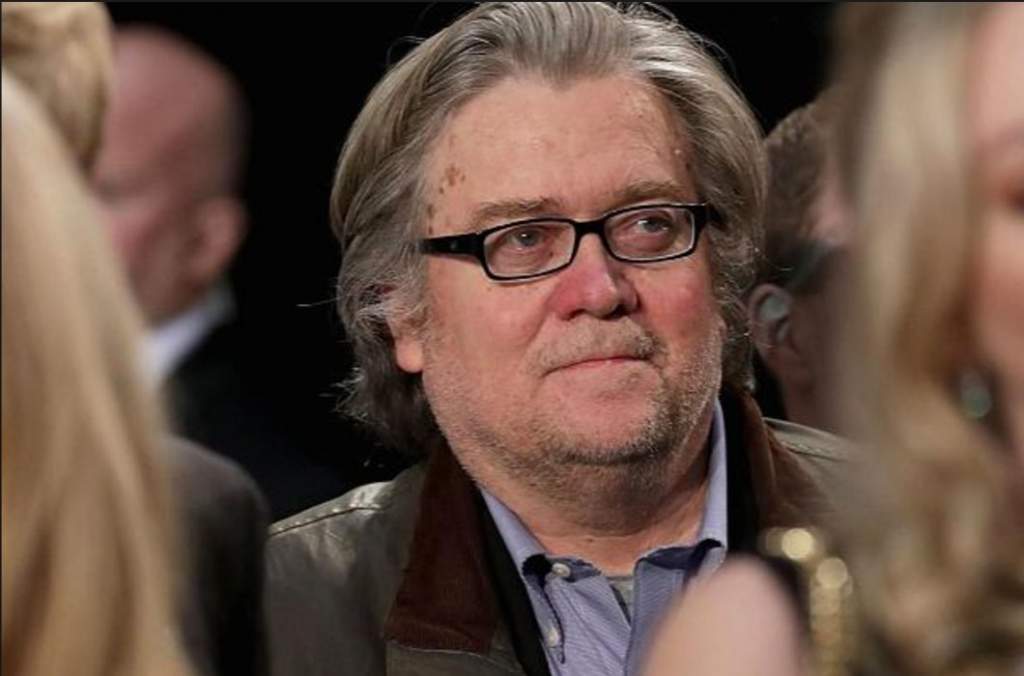 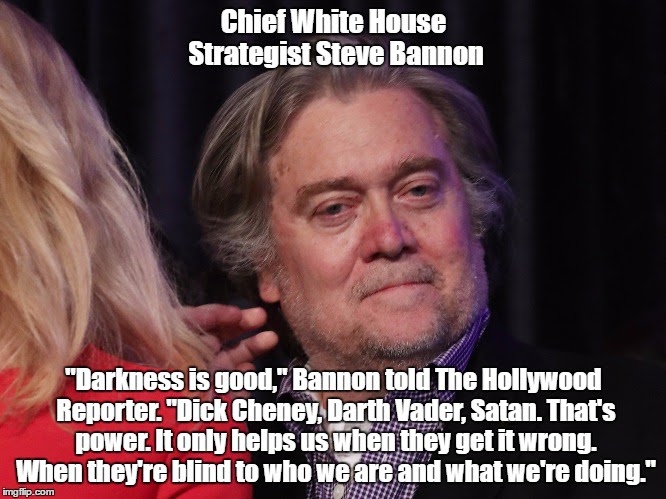 All sources on “Trump’s brain” Steve Bannon agree on one thing: Bannon wasn’t particularly interested in politics until September 11th, 2001. 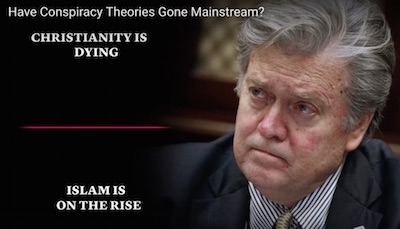 Since then, they say, Bannon has been on an Islamophobic rampage.

Bannon is terrified that Islam is rising and the West, as Spengler foretold, is declining. He wants an all-out “civilizational war” against Islam and Muslims.

But something here does not compute.

Bannon is a smart guy. He has been called “the best-read man in Washington, DC.” And he is fully aware of “conspiratorial” analyses of current events. In fact, he is credited as the main force “mainstreaming conspiracy theories.”

Could Steve Bannon, the “best-read man in Washington,” have somehow missed the dozens and dozens of first-rate books, many published by some of the world’s leading academic presses, shredding the official conspiracy theory of 9/11 and revealing it as an inside job?

Does Bannon really believe that the three New York skyscrapers committed suicide by exploding into dust at near-free-fall acceleration due to relatively minor office fires? Can he actually believe that pilots who couldn’t fly Cessna training aircraft performed amazing feats of piloting to hit extremely difficult targets at absurdly improbable speeds? Does he really think that shrimpy little “muscle hijackers” armed with mere box-cutters magically took over commercial aircraft in some unimaginable manner that prevented the pilots from squawking the hijack code? Does he really think that the alleged 19 hijackers were somehow aboard the aircraft, despite the complete lack of every item of evidence (official passenger lists, ticket stubs, authenticated security videos, and testimony by airline employees that would have ticketed and boarded them) that the US government was obliged to provide under international law? And does he actually think those 19 patsies, who were not even on the planes, were “radical Muslims” even though they have been fully documented to have been coke-snorting, stripper-dating, gambling-junket-loving, pork-chop-relishing, Hebrew-speaking imposters?

Is Bannon actually an idiot?

Maybe Bannon isn’t so smart after all. Maybe he is an idiot. Maybe he flew into a rage on 9/11 and remains so angry at Muslims that he has never looked beneath the surface of events.

This isn’t just speculation. It is what Bannon himself is telling us. Listen to him:

The above seven-word quote speaks volumes. It suggests that Bannon understands that Dick Cheney played the role of “ultimate villain” on 9/11. That is what the two seminal books on the subject, David Ray Griffin’s The New Pearl Harbor and Mike Ruppert’s Crossing the Rubicon, prove beyond any shadow of a doubt.

It isn’t hard to understand what’s going on in Steve Bannon’s mind.

Bannon, like Oswald Spengler before him, believes Western Christian civilization is in steep decline, and that only Sparta-like militarization can at least slow the process. In Bannon’s view, the only way to militarize the West, and thus slow or perhaps even reverse its decline, was to stage a massive false flag “attack on Western civilization.” So 9/11 was a good thing; being evil like Darth Vader, Dick Cheney, and Satan is proper conduct for political leaders, who — as Michael Ledeen puts it — should periodically “enter into evil.”

But 9/11 failed to fully militarize the US and the West. We are still too much like Athens, not enough like Sparta.

We’re going to war in the South China Sea in five to 10 years. There’s no doubt about that.” -Steve Bannon

So what would it take to put the US on total war footing, as during World War II? That is what Bannon wants. He yearns for a “fourth turning” — a war even bigger than World War II, which killed over 60 million people.

Bannon believes in authoritarian politics as preparation for a massive conflict between East and West, whether East means the Middle East or China.”  – Business Insider

Steve Bannon knows that the only way to get the “total war” situation he craves is to stage a false flag much bigger than 9/11. Then the whole “fifth column” he hates could be locked up in concentration camps. Then virtually the entire US GDP could be devoted to war. Then (in his demented imagination) the glorious Christian West could rise from the radioactive ashes to spread light and beneficence all over what is left of the planet.

Steve Bannon clearly wants to take his place on the list of his most admired leaders: Darth Vader. Dick Cheney. Satan. Maybe he even wants to upstage them.

Bannon is undoubtedly the single most dangerous human alive today. He needs to be removed from power as quickly as possible.