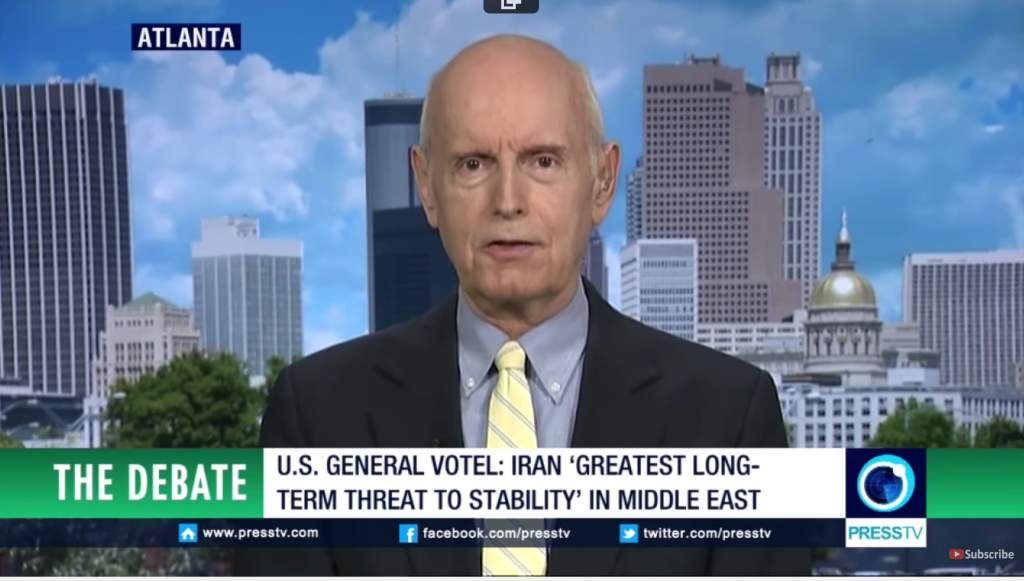 [Note: It’s always a pleasure to catch a Debate Show with a nice meaty topic, which this certainly was. I was able  to slip into this that the we have learned that a new “replacement ISIS” armed force has been in the works as the success of the Mosul operation predicted their losing their base. Saudi Arabia, its Gulf State partners, Turkey, Britain and the US and Israel, of course are teamed up in the effort.

Hence this new bogeyman reincarnation of Iran is pre-staging public opinion to accept the new war as a reaction to “stop Iran” when it is purely an offensive maneuver to continue their Balkanization of Syria and Iraq until they have totally controlled puppet governments in place.

This is going to put Russia on the spot. It appears that the US coalition feared that when ISIS was basically defeated in Iraq that Baghdad would use its forces to wipe out the Syrian remnant, to prevent it re-emergence.

The new terror and guerrilla war that will be cranking up in Iraq will be designed to tie the Iraqi military forces down defending the endless soft targets that the New West ISIS will be attacking.

Once the Marine artillery in inside Syrian, with its automatic loading and GPS controlled fire targeting, raining a short artillery barrage down on some Syrian coalition forces within their 20km range could be blamed on ISIS, and begin a duel with Russia being teased into actually putting a division into Syria, which it probably does not want to do as the US would love that by responding with one itself. I big false flag terror attack could be used to trigger such a move, also.

It will be getting harder and harder for US media and Congress to pretend that they do not really know what is going one, and did nothing to let the people know. With all the major corruption and infiltration stories breaking we have to keep building attention because it looks like Trump is being advised that a good shooting war is what he needs to solidify his presidency and get the huge focus off his “gang that can’t shoot straight” administration.

I fear this will get worse before it gets better. Thus end my cherry message to help you enjoy your day…JD ]