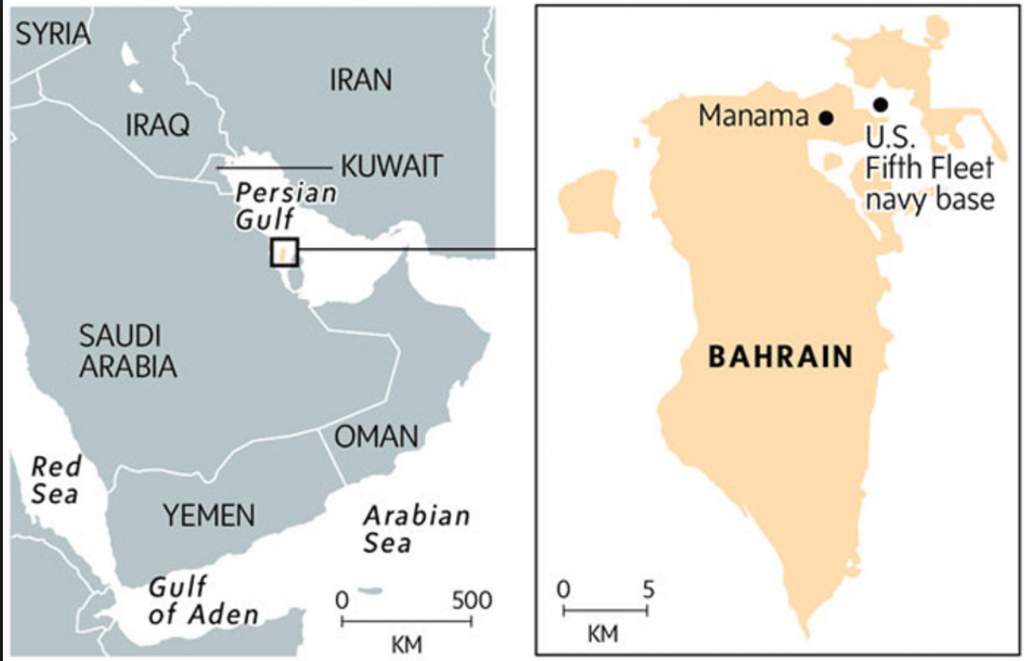 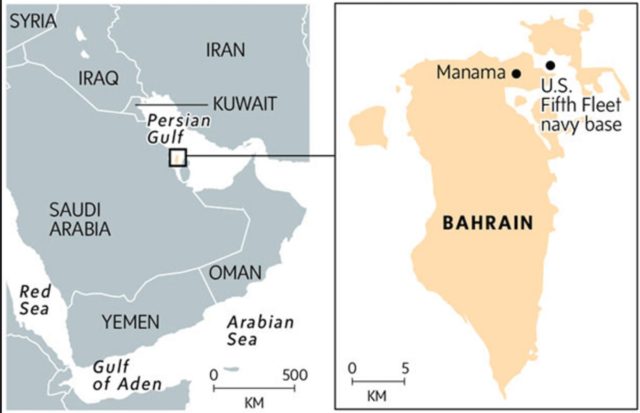 Editor’s note:  VT has evidence that Bahrain’s government has a standing agreement with a militarist cabal in the US to use terrorism against Americans, blamed on Iran, to bring about the conflict Trump and Netanyahu demand.  We can prove it were there a government in the US.

Russia Today: President Donald Trump’s administration has notified the US Congress it intends to waive human rights conditions placed on the sale of Lockheed Martin fighter jets to Bahrain by the previous administration, US media reported.

“This type of conditionality would be unprecedented and counterproductive to maintaining security cooperation and ultimately addressing human rights issues,” Senator Bob Corker, who chairs the Senate Foreign Relations Committee, said in a statement released by his office Wednesday night.

“There are more effective ways to seek changes in partner policies than publicly conditioning weapons transfers in this manner.”

The State Department reportedly informed the US Congress of the plan to follow through with the sale on Wednesday. This has not yet been publicly announced, however.

The plan for the sale of fighter jets to Washington’s key Middle East ally and home to the US Navy’s Fifth Fleet was originally submitted to Congress in September 2016, by the former President Barack Obama’s administration. It was later pulled back, however, over human rights concerns. Now the Trump administration has managed to separate the human rights issues from the transfer, Reuters reported citing a congressional source.

According to the source, the sale includes 19 Lockheed Martin F-16 military aircraft, along with 23 engines, as well as radars and other avionics, air-to-air and air-to-ground ordnance and related equipment. The anticipated price of the deal is some $4.867 billion.The aircraft manufacturer has so far not released a comment on the sale, nor has the State Department.

“As a matter of policy, the department does not comment upon or confirm proposed US defense sales or transfers until they have been formally notified to Congress,” a State Department official told Washington Post.

As per the official procedure, before the sale can move forward the State Department notification of Congress will launch a 40-day review of the proposal by the Senate Foreign Relations Committee and the House Foreign Affairs Committee, which could be either shorter or longer based on the reactions of the committee members. This will be followed by another 30-day review period, in which the Congress may voice its objections.

“The deals would arm members of a military coalition that has attacked thousands of civilians in Yemen and violated international humanitarian law,” the human rights group said in a press release.

“The US should not continue to arm governments that violate international human rights and humanitarian law and simultaneously shut its doors to those fleeing the violence it escalates.[…] Arming the Saudi Arabia and Bahrain governments risks complicity with war crimes […] President Trump must not approve this arms deal,” it stated.

Saudi Arabia’s coalition, which includes Bahrain, began the military operation against Houthi rebels in Yemen in March 2015 in an attempt to bring the ousted government of President Mansur Hadi back to power.

More than 10,000 people have been killed in impoverished Yemen, the UN reported in late February, while 7 million are close to starvation.

Bahrain has also been in the spotlight for human rights violations over its Sunni monarchy’s crackdown against the Shiite minority in the country. In January this year, Bahrain even reintroduced capital punishment for the first time since 2010, executing three Shias for involvement in a fatal police bombing in 2014 that killed one Emirati and two Bahraini officers.

Human rights groups repeatedly report on the plight of dissenters in Bahrain, particularly in the aftermath of the 2011-12 government crackdowns. Amnesty International’s head of policy and government affairs, Allan Hogarth, said last November that the Gulf Kingdom is continuing its “shocking crackdown on protesters.” Informed of the new turn in the sales plan by the New York Times, Human Rights Watch immediately branded it a “free pass” to continue with the hostilities.