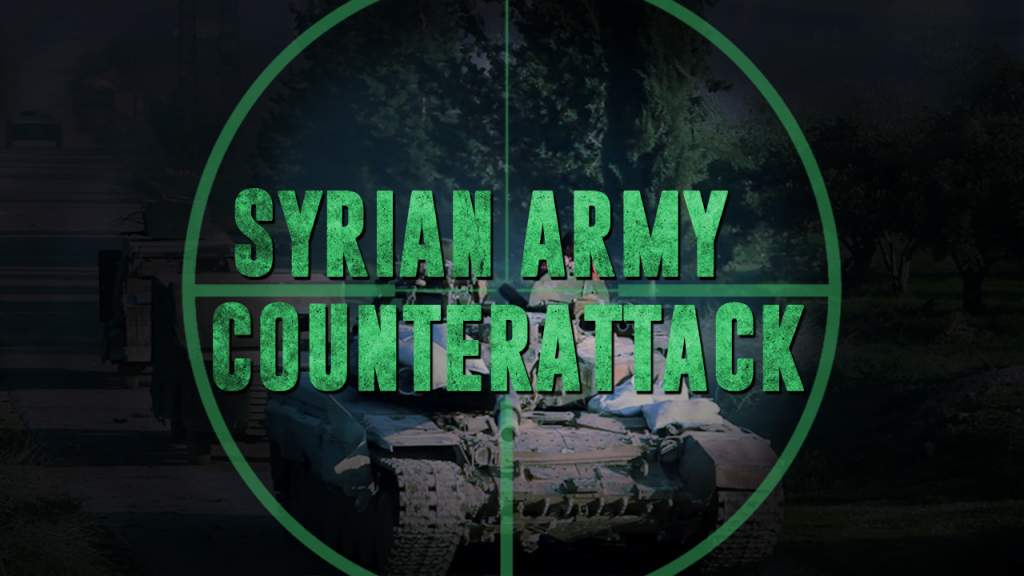 The Syrian Arab Army (SAA), the 5th Legion, and the Tiger Forces successfully counter-attacked Hayat Tahrir al-Sham (HTS), Ahrar al-Sham, Jaish al-Izzah, and Abnaa al-Sham in northern Hama, recapturing the Samsam hill, the nearby points north of Qumhana, and the al-Sheha hill south of Arzah. If government forces are able to retake Khattab from HTS-led forces, this will mean that they retake the initiative in the area.

Pro-government sources reported that the militants had suffered major casualties in the recent clashes but didn’t provide numbers. Meanwhile, about 20 Syrian soldiers were reportedly killed by HTS-led forces in the area of Majdal.

On March 29th, the SAA’s Tiger Forces entered the important town of Deir Hafer in the province of Aleppo. ISIS terrorists withdrew from Deir Hafer earlier this month, but the Syrian army and the National Defense Forces were not able to enter the town because of a high number of IEDs in the area.

Since then, government forces have been waiting for engineer units (most likely Russian) which will be able to demine the town.

The SAA and its local allies also continued developing an advance southeast of Deir Hafer, aiming for the ISIS-held Jirah Military Airbase.

As soon as the military airbase is back under SAA control, government forces will likely advance further in the Maskaneh Plain east of the Jabbul Lake. The important ISIS-held town of Masakah will be the target of this advance.

In the province of Homs, government forces advanced against ISIS in the countryside of Palmyra. Government troops recaptured the Antar Mount and the Afghans hill from ISIS.

If the SAA continues its advance in the direction of the Uqayrabat crossroad, this will mean that government forces are going to advance along the road heading to Palmyra.

Another option is to shift the direction of the anti-ISIS advance to Arak. However, large-scale operations in the area are unlikely due to the complicated situation in northern Hama.

The US-backed Syrian Democratic Forces (SDF) further tightened the siege over the ISIS-controlled town of Tabqa after capturing the nearby areas, including the Tabqa-Raqqah road and de-facto encircled the town.

The operation in Tabqa and at the Tabqa dam will take some additional time for the SDF and its US backers, but the Kurdish leadership already has a view toward the fate of Raqqah when the city is liberated from ISIS.

According to a statement by co-chair of the Democratic Union Party (PYD), Saleh Muslim, the Kurds are going to add Arab-dominated regions, which have been seized by Kurdish forces, to their self-proclaimed autonomous region in northern Syria.