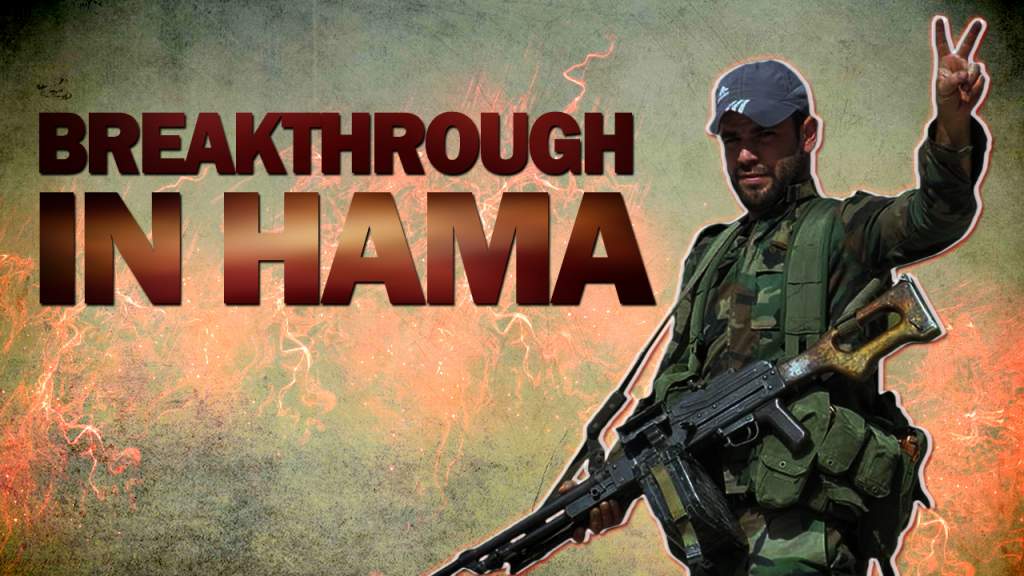 Government forces have restored control over Khirbat al-Hajamah, Zawr al Bala, Bakhira, Arzeh and Balhiseen from the joint militant forces led by Hayat Tahrir al-Sham in northern Hama. The advances were made because of an advantage in artillery and airpower in the area. The Syrian army’s Tiger Forces, the National Defense Forces and the 5th Legion entered Majdal, Tell Bijo and Khattab. But these sites still have to be secured.

The control over the strategic Mount Zayn al-Abdeen would allow government troops to further pound militant units operating in the area north of Qhomana.

A crew of the RT TV channel filmed US troops embedded with fighters of the so-called Syrian Democratic Forces (SDF), mostly consisting of the People’s Protection Units (YPG), in the area of the Tabqa dam in the province of Raqqah. US troops were spotted “just miles away” from the frontline. RT’s Lizzie Phelan also reported Marines at the northern entrance of the Tabqa dam controlled by the SDF. SDF members refused to comment the issue on camera and ordered journalists to stop filming US servicemen.

Thus, RT was able to take a look at the real situation in the Raqqah countryside hidden by the fog of the US military censorship. As SF forecasted earlier this year, the Pentagon deployed additional troops to Syria in order to provide a direct combat and military assistance to the advance on Raqqah launched by US-backed forces.

The Pentagon’s official line continued supporting Obama-style claims that US troops had not deployed close to the frontline. Indeed, this became possible due to the fact that the SDF itself is a kind of PR project. Washington has repeatedly denied that Kurdish YPG fighters are a majority of the SDF combat force, arguing that some US-backed “Arab coalition” spearheads operations. However, even the SDF Press Center’s videos cannot show these numerous Arab fighters. Instead, it constantly releases footage of Kurdish majority units operating at the frontline. However, Washington needs this Arab coalition myth to expand its influence in northeastern Syria as much as possible and to combat anti-YPG propaganda that could exploit some Kurdish-Arab tensions.