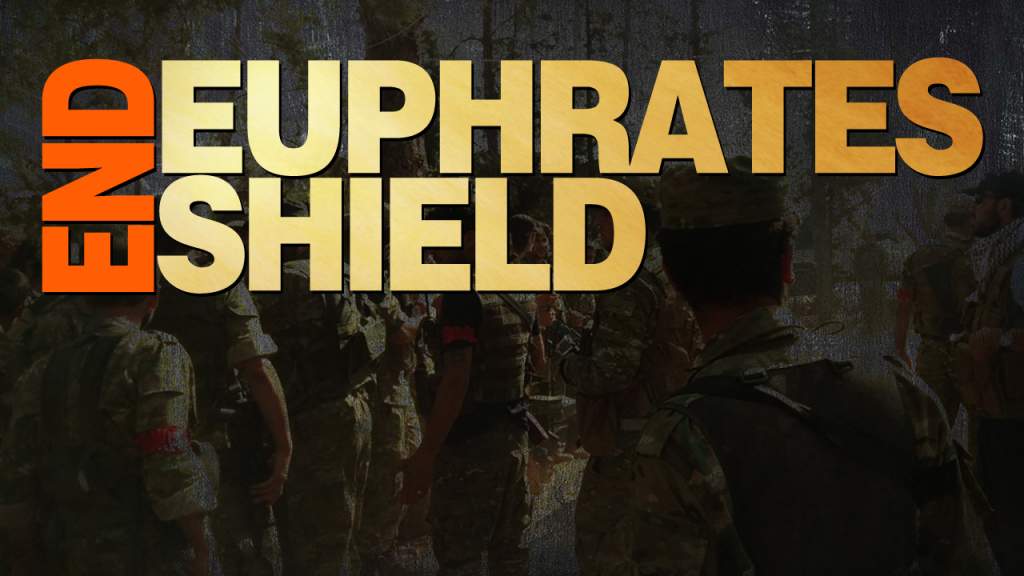 On March 29th, Turkey officially declared that its military operation in northern Syria, known as Operation Euphrates Shield, finished after achieving all its goals. The decision was announced during the meeting of the Turkish National Security Council that was attended by Turkish President Recep Tayyip Erdogan.

“It was noted that Operation ‘Euphrates Shield’, which was started with the goal of ensuring national security, preventing the threat from Daesh [ISIS], and returning Syrian refugees to their homes has been successfully completed,” Turkish National Security stated.

The Turkish leadership did not announce that units of the Turkish Armed Forces were set to withdraw from northern Syria. In this light, we can recall Moscow’s public announcements to reduce forces in Syria which didn’t lead to a significant decrease of the Russian military involvement in the conflict.

The following goals were not achieved by Ankara:

At the same time, the Turkish military operation in Syria was likely unofficially coordinated with the Syrian-Iranian-Russian alliance. This, at least partly, helped Damascus, Tehran, and Moscow to achieve success in Aleppo City and to crush ISIS terrorists in the province of Aleppo. The liberation of the Deir Hafer Plains by government forces is a result of this effort.

Now, Ankara will continue to work to increase its military, political, and economic influence in the Turkish-controlled areas of northern Syria. The Erdogan regime will likely use this area as a foothold for its own diplomatic efforts and for bargaining in the case of discussions regarding the political structure of post-war Syria.

The Erdogan regime will also work to increase its influence in Idlib where mostly pro-Saudi Hayat Tahrir al-Sham (formerly Jabhat al-Nusra, the Syrian branch of al-Qaeda) plays a key role among “opposition groups” operating in the province. Ankara will try to use the Idlib option to further influence the situation in Syria via non-diplomatic means, supplying arms, munitions, and providing other support to radical groups operating there. The goal of these measures is to weaken the Syrian-Russian-Iranian axis and to strengthen Ankara’s own position in the region.