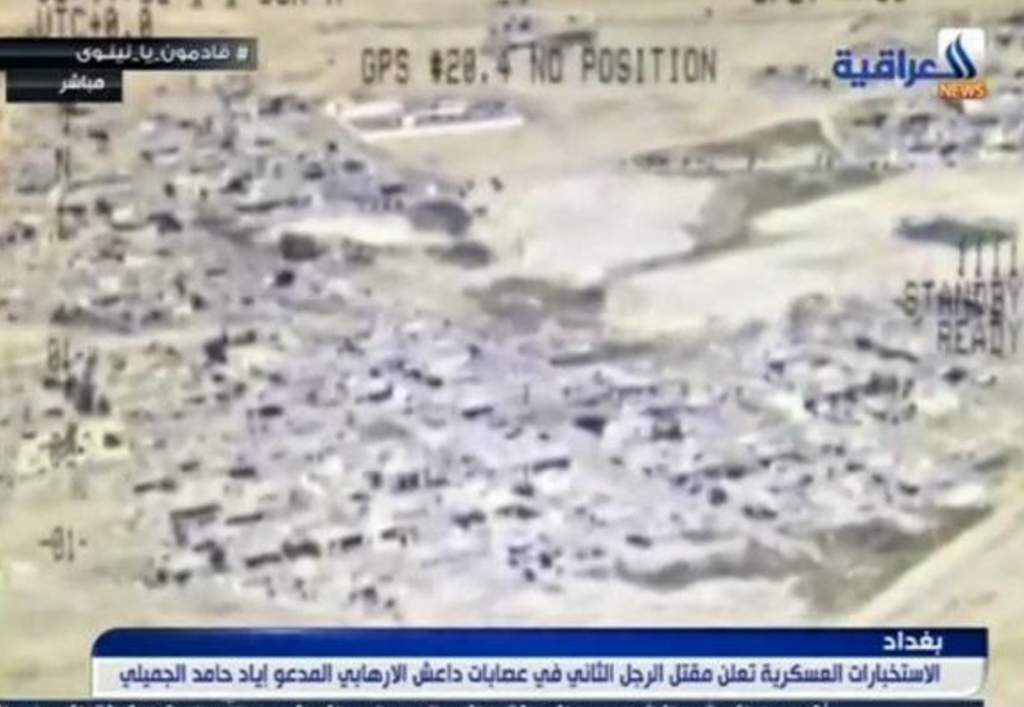 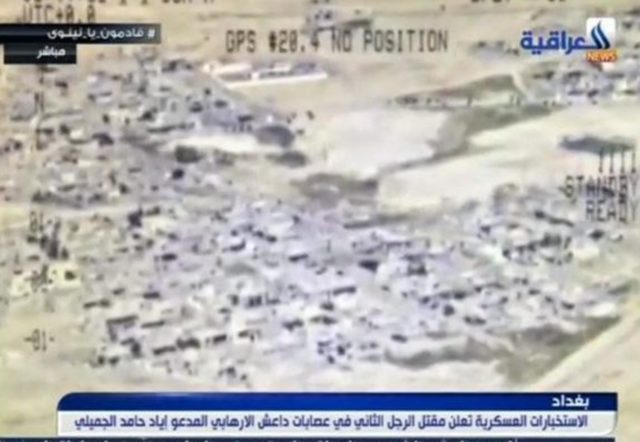 by Nauman Sadiq for Veterans Today

Islamic State’s second-in-command, Ayad al-Jumaili, has been killed in an airstrike in al-Qaim region on Iraq’s border with Syria. The most important fact to note in al-Jumaili’s biography is that was the head of the terror group’s internal security unit and that he had previously served as an intelligence officer in Iraq’s Baathist army until 2003.

Excluding al-Baghdadi who was radicalized in Camp Bucca, the rest of Islamic State’s top leadership is comprised of Saddam era military and intelligence officials. According to an informative Associated Press report [1], hundreds of ex-Baathists constitute the top and mid-tier command structure of the Islamic State who plan all the operations and direct its military strategy.

The only feature that differentiates Islamic State from all other insurgent groups is its command structure which is comprised of professional ex-Baathists and its state-of-the-art weaponry that has been provided to all the Sunni Arab militant outfits that are fighting in Syria by the intelligence agencies of the Western powers, Turkey, Jordan and the Gulf states.

Moreover, it is an indisputable fact that morale and ideology plays an important role in battle, and well informed readers must also be aware that the Takfiri brand of most jihadists these days has directly been inspired by the puritanical Wahhabi-Salafi ideology of Saudi Arabia, but ideology alone is not sufficient to succeed in battle.

Looking at the Islamic State’s astounding gains in Syria and Iraq in 2014, a question arises that where does its recruits get all the training and state-of-the-art weapons that are imperative not only for hit-and-run guerrilla warfare but also for capturing and holding large swathes of territory?

The Syria experts of foreign policy think tanks also seem to be quite “worried” these days that where do the Islamic State’s jihadists get all the sophisticated weapons and especially those fancy Toyota pick-up trucks mounted with machine guns at the back, colloquially known as “the Technicals” among jihadists?

I think I might have serendipitously discovered the answer to this riddle in an unusual December 2013 news report [2] from a website affiliated with the UAE government which supports the Syrian opposition: it is clearly mentioned that along with AK-47s, RPGs and other military gear, the Saudi regime also provides machine gun-mounted Toyota pick-up trucks to every batch of five jihadists who have completed their training in the training camps located at the border regions of Jordan. Once those militants cross over to Daraa and Quneitra in southern Syria from the Jordan-Syria border, then those Toyota pick-up trucks can easily travel all the way to Raqqa and Deir al-Zor and thence to Mosul in Iraq.

It is understandable for laymen to conflate such local militant outfits for Islamic State proper, but how come the policy analysts of think tanks and the corporate media’s terrorism experts, who are fully aware of this not-so-subtle distinction, have fallen for such a ruse? Can we classify any ragtag militant outfit as the Islamic State merely on the basis of ideological affinity and “a letter of accreditation” from Abu Bakr al Baghdadi without the Islamic State’s Baathist command structure and superior weaponry that has been bankrolled [3] by the Gulf’s petro-dollars?

To further elucidate this farce by way of an analogy, if a local fast food chain names itself McDonald’s or KFC without the latter’s food recipes and quality control, would the corporate media recognize such bogus fast food chains as the official branches of McDonald’s and KFC? Similarly, if a regional NGO names itself as Amnesty International or Human Rights Watch without any organizational control of the latter, would the mainstream media acknowledge such phony NGOs as the official franchises of AI and HRW?

The Western political establishments and their mouthpiece, the mainstream media, deliberately and knowingly fall for such stratagems because it serves the scaremongering agenda of vested interests. Before acknowledging the Islamic State’s affiliates in the region, the Western mainstream media also similarly and “naively” acknowledged al Qaeda’s affiliates in the region, too, merely on the basis of ideological affinity without any organizational and operational association with al Qaeda Central, such as al Qaeda in Arabian Peninsula, al Qaeda in Iraq and al Qaeda in Islamic Maghreb.

Unlike al Qaeda which is a terrorist organization that generally employs anticolonial and anti-West rhetoric to draw funds and followers, the Islamic State and the majority of Sunni Arab militant groups in Syria are basically anti-Shi’a sectarian outfits. By the designation “terrorism” it is generally implied and understood that an organization which has the intentions and capability of carrying out acts of terrorism on the Western soil.

Although the Islamic State has carried out a few acts of terrorism against the Western countries, such as the high profile Paris and Brussels attacks, but if we look at the pattern of its subversive activities, especially in the Middle East, it generally targets the Shi’a Muslims in Syria and Iraq. A few acts of terrorism that it has carried out in the Gulf Arab states were also directed against the Shi’a Muslims in the Eastern province of Saudi Arabia and Shi’a mosques in Yemen and Kuwait.

Recently, the Islamic State’s purported “terror franchises” in Afghanistan and Pakistan have claimed a spate of bombings against the Shi’a and Barelvi Muslims who are regarded as heretics by Takfiris. But to declare that the Islamic State is responsible for suicide blasts in Pakistan and Afghanistan is to contend that Taliban are responsible for anarchy and militancy in Syria and Iraq.

Secondly, and more importantly, the insurgency in the border regions of Afghanistan and Pakistan is a Pashtun uprising which is an ethnic group native to Afghanistan and northwestern Pakistan, while the bulk of the Islamic State’s jihadists is comprised of Sunni Arabs of Syria and Iraq.

Conflating the Islamic State either with al Qaeda or Taliban or with myriads of ragtag, local militant groups is a deliberate deception intended to mislead public opinion in order to exaggerate the threat posed by the Islamic State which serves the scaremongering agenda of security establishments.

[2] Syrian rebels get arms and advice through secret command center in Amman: