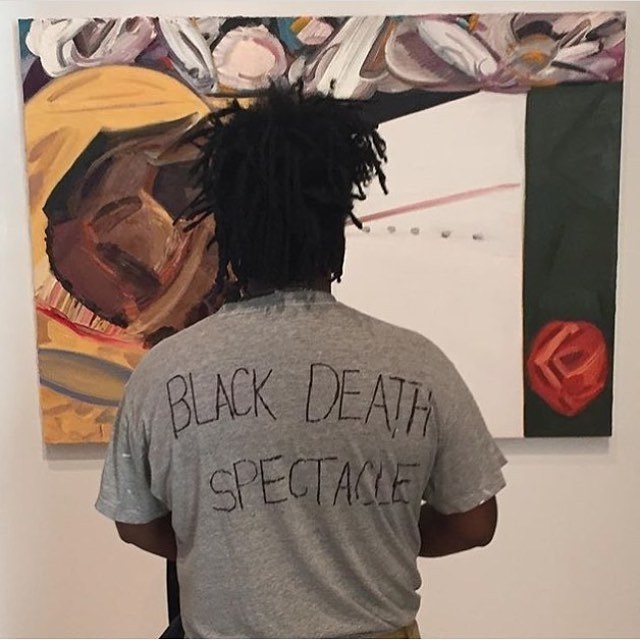 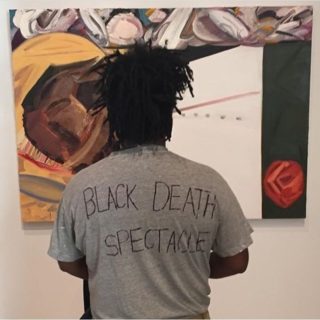 As a Professor of philosophy at an art college, I have spent many enjoyable class hours discussing with very talented and enthusiastic art students the nature (definition?) of art and the appropriateness, acceptability, even the ethics, of certain forms of artistic expression. What I’ve come away with after all this discussion is that agreeing on a definition of art (or of most other things I expect) is not a simple undertaking. Perhaps art (and most other things) are best “defined” by what philosopher Ludwig Wittgenstein termed “family resemblances,” that words and concepts (Wittgenstein discusses “games”) do not have a single essence that encompasses their definition. That is, what is termed “art” then is determined not by whether the work in question possesses a specific set of art-defining-necessary-criteria but possess a sufficient number of these criteria that are shared by some though not all members of the “art family.” Think of the many diverse activities and endeavors we include under the art umbrella, painting, writing, filmmaking, dance, cooking, etc. Art, then, seems more conducive to be experienced than defined, similar perhaps to satori, enlightenment in Zen. I may not be able to explain or define art, but I know it when I experience it.

I know, for example, that Dana Schutz’s controversial painting “Open Casket” of brutally murdered teenager Emmett Till at the Whitney Biennial is certainly art, probably even very good art. I know as well that George W. Bush’s significantly less controversial portraits of killed and injured American Servicemen and women, now enshrined in the highly acclaimed “Portraits of Courage: A Commander in Chief’s Tribute to America’s Warriors,” is art as well. Having recognized the “artness” of these works, further questions do remain, however. Can works of art be inappropriate, exploitive, even unethical, and if so, should the making of such works of art be prohibited and, if made, destroyed despite our recognition of the First Amendment, our enthusiasm for freedom of expression, and adamant displeasure with censorship?

In a letter to the curators and staff of the Whitney Biennial, artist/writer Hannah Black writes:

I am writing to ask you to remove Dana Schutz’s painting “Open Casket” with the urgent recommendation that the painting be destroyed and not entered into any market or museum . . . The painting should not be acceptable to anyone who cares or pretends to care about Black people because it is not acceptable for a white person to transmute Black suffering into profit and fun, though the practice has been normalized for a long time . . . The subject matter is not Schutz’s; white free speech and white creative freedom have been founded on the constraint of others, and are not natural rights. The painting must go.

Ms. Black’s anger and frustration is certainly understandable given the long and bloodied history of racism in this country and the continued violence being visited on people of color, especially young black males, by police and others. What is less evident, however, is why, as an artist and as a person concerned with freedom and justice, Ms. Black would advocate such a draconian practice of purging museums and galleries and subsequent destruction of what she (and others) believe, however understandably, to be inappropriate art. Is the appropriateness of art, specifically the subject matter and content, to be determined by the ethnicity, race, gender, nationality, or religion of the artist? Should Ms. Schutz’s painting be taken down and destroyed merely because the content/subject matter is “inappropriate” for a white artist as Ms. Black suggests? I also have difficulty delineating basic rights by reference to race, gender, etc., i.e. “white free speech” and “white creative freedom,” though I certainly understand that natural (inalienable) rights such as the freedom of speech and creative expression has, because of racism, sexism, oppression, and exploitation, been enjoyed by some and unjustifiably denied to others.

More generally, is it truly in the interest of justice and equality to prevent artists from creating, and museums and galleries from displaying, art that depicts and brings attention to the experiences and suffering of people “unlike themselves” – people of other ethnicities, religions, nationalities, and gender. Are we prepared to subject artistic freedom and expression to “decency” panels charged with making decisions on what art is socially, legally, and morally appropriate? Free speech and expression is easy when it doesn’t ruffle feathers, but much more difficult and probably far more important when it does. It is clear to me, and I dare say to the majority of the students I have engaged in dialogue these many years, that in a free society and more so in one struggling to achieve freedom and equality for all, we must encourage not limit the right of people, artists especially, to say things that are not only difficult, but also perhaps downright offensive. We must struggle against our inclinations to censor based upon perceived ethnic, gender, or religious sensitivities (Charlie Hebdo also comes to mind) and understand that even when it may offend, art is an asset not a liability in our struggle for equality and social justice.

Ms. Schutz is not a criminal as far as I can ascertain. Making, achieving celebrity, even benefitting monetarily from a painting is not unethical or a crime. Making unnecessary war, however, causing the injury, death, and displacement of millions of human beings violates domestic, international, and moral law. George W. Bush, in ordering the invasion and occupation of Iraq, did not make a mistake. Rather he committed a crime and one for which he has yet to be held accountable. As someone who has personally experienced the horrors of the unnecessary war in Vietnam, it is ethically, legally, and aesthetically unconscionable in my view, that George W. Bush could make a war, send people to slaughter and be slaughtered, create subjects for his paintings, and then benefit from his crimes, the blood spoils of his “artistic efforts,” as he renders the images of the dead and injured into art. 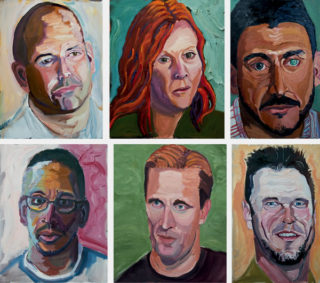 I make no claim to be an expert on the aesthetic value of art, but I doubt whether the quality of Mr. Bush’s art warrants the success his paintings and his book has enjoyed were it not for his notoriety as President. As of this writing, “Portraits of Courage: A Commander in Chief’s Tribute to America’s Warriors” is number three on the NY Times Best Seller list for Non Fiction. I realize that Mr. Bush will donate his net author proceeds from “Portraits of Courage” to the George W. Bush Presidential Center, which supports an initiative to help post 9/11 veterans and their families. Consequently, the Son of Sam Laws, legislated to prevent criminals from benefitting from their crimes, may not apply in this case.

Despite my outrage, I am not demanding that Mr. Bush’s painting’s be destroyed and his books burned, but the fact that he is enjoying celebrity from his art, or just walking free and enjoying his life creating art while so many others have died, suffered and continue to suffer because of his crimes is deplorable. The issue here, therefore, is less about the disposition of his art, more about justice and the moral character of the artist. Law and morality demands, I think, not that Mr. Bush’s paintings be deemed inappropriate and destroyed, but that he “enjoy” the celebrity of his next art exhibition from a jail cell at the Scheveningen Detention facility in the Hague where, by the way, inmates are more humanely treated than they are at Guantanamo Bay.