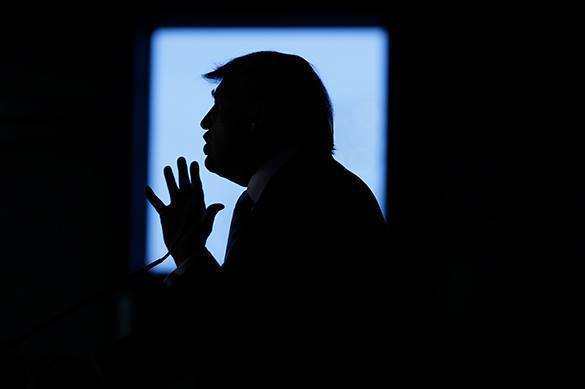 A recent article featured on Yahoo! News reported that Helen Beristain, an Indiana woman who voted for Donald Trump, and even stated that she was “happy” when he won, is now lamenting the fact that her husband is facing deportation to Mexico; around the same time, CNN reported that Kraig Moss, who “traveled to 45 [Trump] rallies,” and even sang songs praising him, is now bemoaning Trump’s attacks on the Affordable Care Act; and two of Trump’s “celebrity” supporters, Jackie Evancho, who sang at Trump’s inauguration, and Caitlyn Jenner, are now complaining about his efforts to diminish the rights of the LGBT communities.

I have but one response-a quotation really, from Deputy U.S. Marshall Raylan Givens, a character on the television show Justified:  “You the type of fella that walks under a flock of birds and is surprised when he ends up with s**t on his face?”

During his campaign, Trump never hid his disdain for undocumented immigrants, and denounced Mexicans, in particular, as criminals; he made no pretense about wanting to repeal the Affordable Care Act, and actually campaigned on that promise; and he chose as his running mate Mike Pence, who, while serving as governor of Indiana, signed a law legalizing discrimination based on sexual orientation and gender identity.

So allow me to state, unequivocally, that I have absolutely no sympathy for these four individuals or others of their ilk.  Hoisted with their own petards through their ignorance or willful blindness, they now want to play, what I call, “The Regret Game.”  Yet they willingly chose to vote for or support the elevation of a venal, mendacious, narcissistic, demagogic, sociopathic reprobate to one of the most powerful offices in the world.

I’m not sure when “The Regret Game” began, but it appears to have originated with the belief of some religious communities that no matter how despicably people live their lives, no matter how many innocents they injure, kill, or cause to suffer through their decisions and/or actions, they can still, in their last moments of life, seek forgiveness and receive absolution.

One problem with this belief is it negates any incentive to behave with fairness, compassion, and integrity.  Another is it is self-deceiving.  If people wait until they are close to death before expressing regret, it is usually too late to undo the harm they have caused.  Also, there is the very legitimate argument that seeking forgiveness on one’s deathbed is compelled more by the self-serving desire to avoid eternal punishment, than by any sincere regret.

In several previous articles, I have argued that history does not move linearly, despite advances in science, technology, and knowledge, but instead moves like a pendulum perpetually swinging from overreaction to regret.  Perhaps the primary reason for this is because people take succor in the belief that, no matter how cruelly, irresponsibly, hypocritically, or foolishly they act, they can later play “The Regret Game.”

This is why I wrote in my Pravda.Report article A Day That Will Live in Infamy (January 9, 2017) that people who voted for or supported Trump “punched their one way tickets to hell.”  While such votes or support stand on their own as an unforgivable evil, they also represent a mindset that creates one of the greatest threats to humanity.

We are at a point in history where advances in chemical, biological, and nuclear weaponry can destroy the world, and where the extinction of species and ravaging of the environment is increasing at an alarming rate.  All it will take is just one time, just one foolish decision, just one broken link on the food chain that is ultimately one too many, and the ascendancy of that one “leader” recklessly given power to set these apocalyptic events into motion.

And then nobody will be around to play “The Regret Game.”