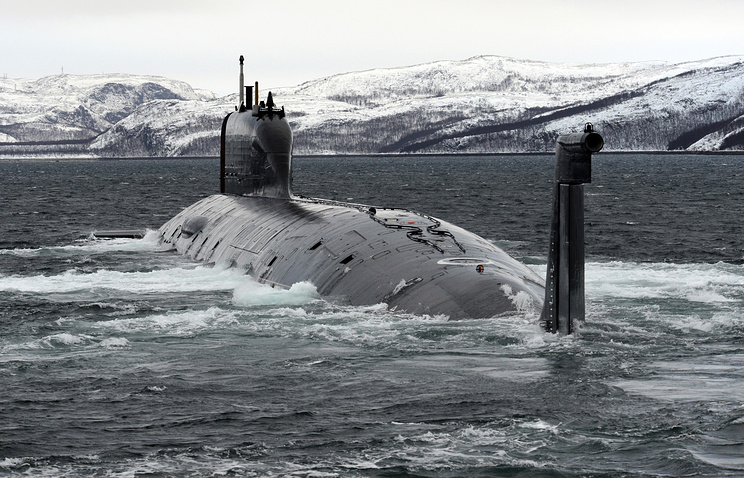 TASS-FACTBOX. March 31, 2017. The Sevmash Shipyard in Severodvinsk in northern Russia has floated out the second Project 885 Yasen-class nuclear submarine Kazan.

The Project 885 (08850) Yasen-class fourth-generation multipurpose nuclear submarine was developed in the 1990s by the St. Petersburg-based Malakhit Design Bureau of Maritime Machine-Building under the direction of Chief Designer Vladimir Popov. The submarine is based on the Projects 705(K) Lira and 971 Shchuka-B. Sevmash, which is located in Severodvinsk in the Arkhangelsk Region and is part of the United Ship-Building Corporation, is the shipyard engaged in the construction of Yasen-class submarines.

According to public sources, the Project 885 submarine is about 139 meters long and about 13 meters wide and has a draft of 10 meters. The submarine displaces 8,600 tonnes in its surface position and up to 13,800 tonnes in its underwater position. It can submerge to a maximum depth of 600 meters and develops a speed of 16 knots in its surface position and up to 31 knots in its underwater position. The submarine has a sea endurance of 100 days and a crew of 85-90 men. It is equipped with a single-shaft steam turbine nuclear power unit with a capacity of about 43,000 hp. The submarine’s OK-650V water-cooled and water-moderated reactor has a thermal capacity of 190 MW (modernized Project 885M submarines will be outfitted with a power unit of over 200 MW).

The Project 885 submarine is armed with eight vertical silos for Oniks and Kalibr cruise missiles, ten 533mm torpedo tubes with an ammunition load of 30 torpedoes each. Submarines of this type can be eventually armed with new Kh-101 (Kh-102) cruise missiles and universal deep-water homing torpedoes. 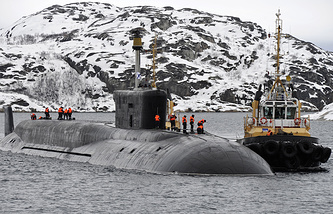 The other submarines of this series are being built under the modernized Project 885M (08851) Yasen-M. They are characterized by the optimized hull shape and upgraded electronic warfare and automation systems.

The state armament program through 2020 envisages the construction of six Yasen-class submarines. Another underwater cruiser, the Ulyanovsk (Factory No. 166), is expected to be laid down in July 2017 and delivered to the Navy in 2023.