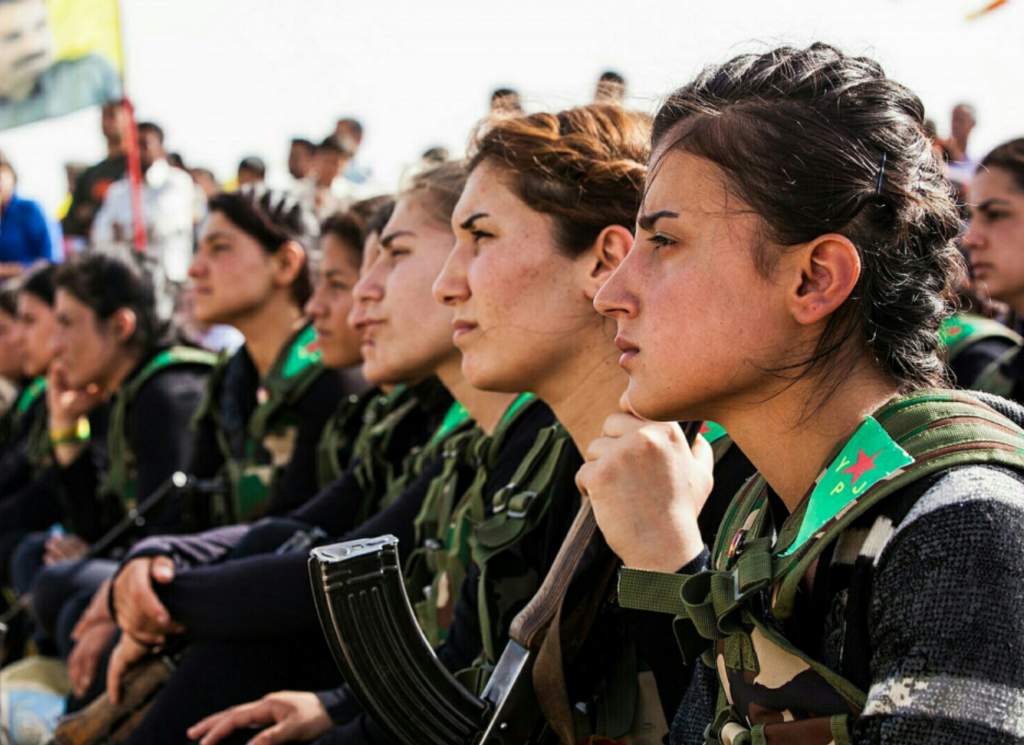 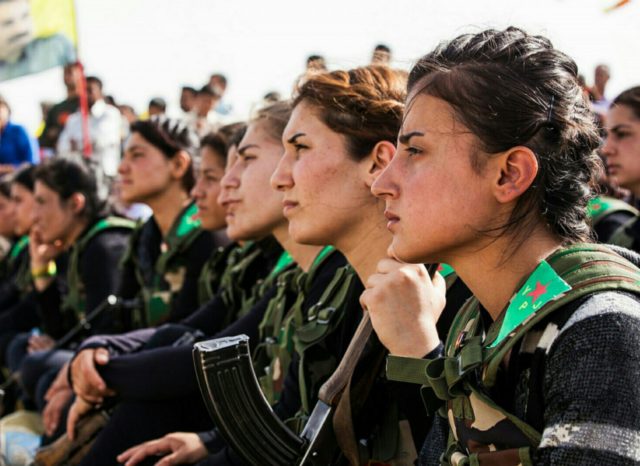 by Nauman Sadiq for Veterans Today

The détente in the relationship between Russia and Turkey and the latter’s latent hostility towards the US is partly due to the fact that Erdogan holds the US-based preacher, Fethullah Gulen, responsible for the July coup plot and suspects that the latter received tacit support from certain quarters in the US but more importantly, Turkey also feels betrayed by the duplicitous American policy in Syria and Iraq and that is the reason why it is now seeking closer cooperation with Russia in the region.

After the United States reversal of regime change policy in Syria in August 2014, when the Islamic State overran Mosul in Iraq in June 2014 and threatened the capital of another steadfast American ally, Masoud Barzani’s Erbil in the oil-rich Iraqi Kurdistan, the US has made the Kurds the centerpiece of its policy in Syria and Iraq.

Bear in mind that the conflict in Syria and Iraq is actually a three-way conflict between the Sunni Arabs, the Shi’a Arabs and the Syrian Kurds. Although after the declaration of war against a faction of Sunni Arab militants, the Islamic State, the US has also lent its support to the Shi’a-led government in Iraq, but the Shi’a Arabs of Iraq are not the trustworthy allies of the United States because they are under the influence of Iran.

Therefore, the US was left with no other choice but to make the Kurds the centerpiece of its policy in Syria after a group of Sunni Arab jihadists transgressed its mandate in Syria and overran Mosul and Anbar in Iraq from where the United States had withdrawn its troops only in December 2011.

The so-called Syrian Democratic Forces, which have recently launched an offensive against the Islamic State’s capital in Raqqa, are nothing more than Kurdish militias with a sprinkling of mercenary Arab tribesmen in order to make them appear more representative and inclusive in outlook.

As far as the regional parties to the Syrian civil war are concerned, Saudi Arabia, Jordan and the Gulf Arab States may not have serious reservations against the close cooperation between the United States and the Kurds in Syria, because the Gulf Arab States tend to look at regional conflicts from the lens of the Iranian Shi’a threat. Turkey, on the other hand, has been more wary of the separatist Kurdish tendencies in its northeast than the Iranian threat, as such.

Any radical departure from the longstanding policy of providing unequivocal support to the American policy in the region by the political establishment of Turkey is unlikely. But after this perfidy by the Americans of lending their support to the Kurds against the Turkish proxies in Syria, it is quite plausible that the Muslim Brotherhood-led government in Turkey might try to strike a balance in its relations with the US and Russia.

More to the point, the dilemma that Turkey is facing in Syria is quite unique: in the wake of the Ghouta chemical weapons attacks in Damascus in August 2013, the stage was all set for yet another no-fly zone and “humanitarian intervention” a la Qaddafi’s Libya; the war hounds were waiting for a finishing blow and the then-Turkish foreign minister, Ahmet Davutoglu, and the former Saudi intelligence chief, Bandar bin Sultan, were shuttling between the Western capitals to lobby for the military intervention. Francois Hollande had already announced his intentions and David Cameron was also onboard.

Here, it should be remembered that even during the Libyan intervention, the Obama Administration’s policy was a bit ambivalent and France under the leadership of Sarkozy had taken the lead role. In Syria’s case, however, the British parliament forced Cameron to seek a vote for military intervention in the House of Commons before committing the British troops and air force to Syria.

In the end, France was left alone as the only Western power still in the favor of intervention; at this point, however, the seasoned Russian foreign minister, Sergei Lavrov, staged a diplomatic coup by announcing that the Syrian regime is willing to ship its chemical weapons’ stockpiles out of Syria and subsequently the issue was amicably resolved.

Turkey, Jordan and the Gulf Arab states: the main beneficiaries of the Sunni Jihad against the Shi’a-dominated regime in Syria, however, lost a golden opportunity to deal a fatal blow to the Shi’a alliance comprising Iran, Syria and their Lebanon-based proxy, Hezbollah.

To add insult to the injury, the Islamic State, one of the numerous Sunni jihadist outfits fighting in Syria, overstepped its mandate in Syria and overran Mosul and Anbar in Iraq in 2014 from where the US troops had withdrawn only in December 2011, as I have already described.

Additionally, when the graphic images and videos of Islamic State’s executions surfaced on the internet, the Obama Administration was left with no other choice but to adopt some countermeasures to show that it is still sincere in pursuing its “war on terror” policy; at the same time, however, it assured its Turkish, Jordanian and Gulf Arab allies that despite fighting a war against the maverick jihadist outfit, the Islamic State, the Western policy of training and arming the so-called “moderate” Syrian militants will continue apace and that Bashar al-Assad’s days are numbered, one way or the other.

Moreover, declaring the war against the Islamic State in August 2014 served another purpose too: in order to commit the US Air Force to Syria and Iraq, the Obama Administration needed the approval of the US Congress which was not available, as I have already mentioned, but by declaring a war against the Islamic State, which is a designated terrorist organization, the Obama Administration availed itself of the “war on terror” provisions in the US laws and thus circumvented the US Congress.

But then Russia threw a spanner in the schemes of NATO and its Gulf Arab allies in September 2015 by its surreptitious military buildup in Latakia that was executed with an element of surprise unheard of since Rommel, the Desert Fox. And now Turkey, Jordan, the Gulf Arab states and their Sunni jihadist proxies in Syria find themselves at the receiving end in the Syrian civil war.

Therefore, although the Sunni states of the Middle East still toe the American line in the region publicly but behind the scenes, there is bitter resentment that the US has betrayed the Sunni cause by making an about-face on the previous regime change policy in Syria and the subsequent declaration of war against one group of Sunni militants in Syria, i.e. the Islamic State.

In the case of the creation of the Islamic State, for instance, the US policy analysts are willing to concede that invading Iraq back in 2003 was a mistake that radicalized the Iraqi society, exacerbated the sectarian divisions and gave birth to an unrelenting Sunni insurgency against the heavy handed and discriminatory policies of the Shi’a-dominated Iraqi government.

Similarly, the “war on terror” era political commentators also “generously” accept that the Cold War era policy of nurturing al Qaeda, Taliban and myriads of other Afghan so-called “freedom fighters” against the erstwhile Soviet Union was a mistake, because all those fait accompli have no bearing on their present policy.

The corporate media’s spin-doctors conveniently forget, however, that the creation of the Islamic State and myriads of other Sunni Arab jihadist groups in Syria and Iraq has as much to do with the unilateral invasion of Iraq back in 2003 under the Bush Administration as it has been the doing of the Obama Administration’s policy of funding, arming, training and internationally legitimizing the Sunni militants against the Shi’a-dominated Syrian regime since 2011-onward in the wake of the Arab Spring uprisings in the Middle East and North Africa region.

In fact, the proximate cause behind the rise of the Islamic State, al Nusra Front, Ahrar al-Sham, Jaysh al-Islam and numerous other Sunni jihadist groups in Syria and Iraq has been the Obama Administration’s policy of intervention through proxies in Syria.

About the author: Nauman Sadiq is an Islamabad-based attorney, columnist and geopolitical analyst focused on the politics of Af-Pak and Middle East regions, neocolonialism and petroimperialism.