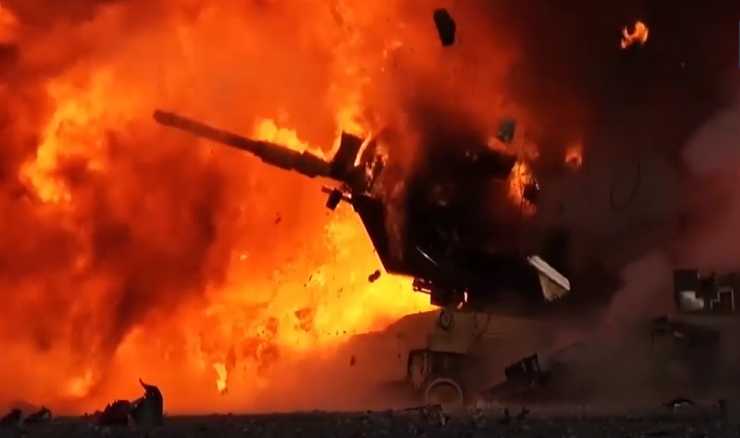 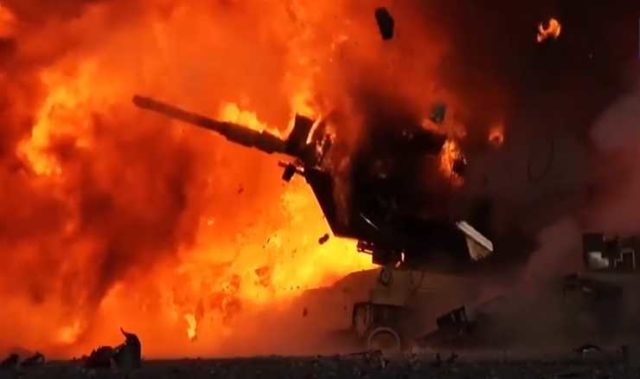 [ Editor’s Note: The bias of the media coverage on the civilian causalities in Aleppo versus Mosul is a dark stain on whatever fig leaf of honor corporate media could still claim. East Aleppo had a fraction of the people that West Mosul had. What they had in common was they both had foreign jihadis that were ruthless killers, but to Western media, those in Aleppo were “opposition”.

There was no way for Western media to profit from dead civilians in Mosul, so they did not make the effort. The Jihadis there did not have media friends on the outside helping them pitch an impossible story about their being “opposition”. There is no confusion inside Iraq as to who and what their tormentors are, who supports them and why.

The Mosul offensive has slowed down in response to the death-toll reports in the alternative news. The Iraqi military strategy now is to take a slower pace and have ISIS burn off what ammo supplies they still have before engaging in the continued brutal street fighting. But a longer battle is also not good for the starving civilians, or those in need of medical care… Jim W. Dean ]

The double standards of the western media are clearly demonstrated in the different treatment accorded the liberation of Aleppo by Syrian and Russian forces and the ongoing battle for the liberation of Mosul by ‘coalition’ (i.e. US) forces in northern Iraq.

Both cities were occupied by ISIS, Mosul from June 2014 and East Aleppo from July 2012. Both cities were part of a range of battlefield successes by terrorist groups, which at different stages have occupied large swathes of Iraqi and Syrian territory. Among their successes was the occupation, ongoing, of their self-styled ‘capital’ of Raqqa.

Aleppo at the time was the largest city of Syria, with a population of around 2.5 million, of whom approximately one-third lived in the eastern sector occupied by ISIS. Precise numbers are hard to ascertain with any great accuracy, but the number remaining in east Aleppo appears to be in the vicinity of 400,000 at the time of liberation in December 2016.

Of the balance of approximately 400,000 original inhabitants in the eastern sector, the vast majority either fled the city entirely, or were able to move into the government controlled sector. The most reliable estimates of the number of civilians killed over more than six years of fighting appear to be in the vicinity of 30,000-40,000.

It is in the apportioning of responsibility for that civilian death toll that the western media have been at their most one-sided. The prime responsibility for the death toll must lie with the terrorist groups, of which there were many. If they had not occupied the eastern sector of the city, waged continuous warfare against the legitimate sovereign government of Syria, and shown complete indifference to civilian lives there would have been no loss of life.

I am not suggesting that the Syrian Army and its allies, mainly Hezbollah, the Iranian Quds force, and from September 2015 the Russian air force, did not kill a lot of civilians. Of course they did. That is an inevitable consequence of engaging in urban warfare. But there is an important distinction between the causes of death, which include a large number of geopolitical factors, and the actual means by which people are killed.

Nor is this intended in any way to justify any methods of killing, such as barrel bombs, that by their nature are incapable of discriminating between the innocent and the guilty.

After the Russian military intervened in September 2015 at, it needs to be stressed, the invitation of the Syrian government, the tide of battle turned in favour of the government forces. Rather than celebrating the imminent defeat of the terrorist forces however, the western media redoubled the propaganda barrage against the Syrian government in general and the Russian military in particular.

The Syrians and the Russians were, it literally seemed, being blamed for every destroyed building, every civilian casualty, and the complete breakdown of civilian society.

Phony groups such as the ‘White Helmets’ made continuous claims of ‘rescuing’ civilians, and received constant praise and uncritical reporting from the western media. In truth, they did little or nothing for the victims. Their duplicity even extended to exhibiting the same child in multiple locations as a bloodied victim of Syrian or Russian ‘war crimes.’

There was also an extraordinary reliance upon the grandly styled Syrian Observatory for Human Rights for accounts of what was allegedly happening on the ground in Aleppo. It was never explained in the western media why they would prefer the views of a partisan organisation run by one man out of his home in Coventry, England, to the massive resources of the intelligence agencies directly involved in the military operations.

Also completely lacking in western media accounts was any acknowledgment of the well-documented fact that the Americans and their allies, including Israel, the Gulf States, Saudi Arabia and Turkey had been providing arms, ammunition, safe havens, political support and medical care for the terrorists for years.

As Tony Cartalucci has recently shown, there has been a long term plan not only for Syria but the entire Middle East and North Africa region. Cartalucci cites a number of US policy papers that make it clear that the use of terrorism is an integral part of the wider US plan for dominance in the region.

Also completely missing from western accounts is the fact that prior to the March 2003 invasion of Iraq by the US, UK, Australia and others, there was no al Qaeda or ISIS in either Iraq or Syria. That illegal invasion was based on a series of massive lies and has caused the deaths of well over one million Iraqis and plunged the region into chaos and destruction. 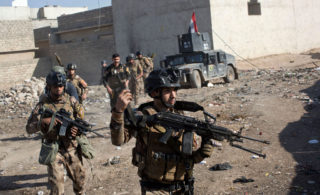 After 14 years of occupation, Iraq is in a worse state than at the time of the invasion. Australia was a member of the original Bush ‘coalition of the willing’ but unlike the UK or the Dutch, for example, has refused to conduct a proper inquiry into how that came about.

The reason for the refusal to hold an inquiry is explicable in terms of having to acknowledge how Australia’s foreign policy is little more than an extension of American imperialism. Even worse from the political point of view, it may actually require the war criminals being held to account. Neither of the two major parties are exempt from that danger.

It is this defensive and unapologetic approach to the Iraq disaster that leads the Australian media to avoid asking serious questions about the Syrian involvement of Australian forces, or even reporting the fact of their involvement.

According to data on the Department of Defence website, the RAAF’s E7A early warning and control airplanes continue to enter Syrian airspace, as does the KC30A tanker aircraft.

As no Australian fighter aircraft have entered Syrian airspace since the “mistaken” bombing of Syrian troops at Deir ez Zor in September 2016, their function must be to assist US aircraft in their bombing of Syrian targets. That there is no basis in international law for either Australia or the US to be operating in Syria at all is another fact that the Australian media prefers to ignore.

A similar silence hangs over the ongoing coalition assault on Mosul. In 2014 Mosul had an estimated population of 2.5 million. An estimated half a million people fled the city when ISIS occupied it in June 2014.

It was not until more than two years later, in October 2016, that serious moves were taken by the US and its allies to begin the liberation of Mosul. Even then, the encirclement of the city was incomplete, with what can only be described as an escape route to the west into Syria, so blatant that Russia’s Foreign Minister Sergey Lavrov drew attention to it. Again, the western media ignored his warnings.

The Iraqi and Kurdish military forces doing the bulk of the actual fighting in Mosul are massively supported by US air power. In stark contrast to the alleged misuse of air power by Russian forces over Aleppo, the western media ignores the devastation being wrought by the Americans in Mosul.

Unlike Aleppo, there are no nightly pictures on our TV screens of White Helmets shifting rubble for civilian victims. No tear stained and bloodied orphaned children are shown. No pictures of destroyed schools, hospitals and other civilian infrastructure.

This is not new. The Iraqi city of Ramadi, population 350,000, was 80% destroyed by US air power in 2015. Khalidiya, a town of 30,000 near Fallujah (itself a scene of massive war crimes and overseen in part by an Australian General) has only four buildings still standing by the Americans own account.

None of this is reported in the western media. The contrast with Aleppo could not be greater.

Why does the western media not ask the obvious questions, such as how is it possible for these disparate terrorist groups to go on fighting for years, with limitless access to modern armaments? Or why are wounded terrorist fighters treated in Israeli and Turkish military hospitals and allowed to return to the fighting?

They avoid these questions for the reasons given above. It would expose the real reasons for US and their allies’ military intervention in the Middle East and their support for terrorist groups as an instrument of foreign policy. Promoting sectarian warfare is an essential component of that policy.

Those policies are unlikely to ever change as long as the media continues its role as essentially a propaganda outlet for unbalanced depictions of what is actually happening in the Syrian and Iraqi war zones. Aleppo and Mosul are but two illustrations of a wider process.

Some Snakes Fly Through the Air With the Greatest of Ease

Why Did the Maya Abandon Tikal?

Maxwell Indictment Includes Two Areas Where Trump Can Be Prosecuted for...