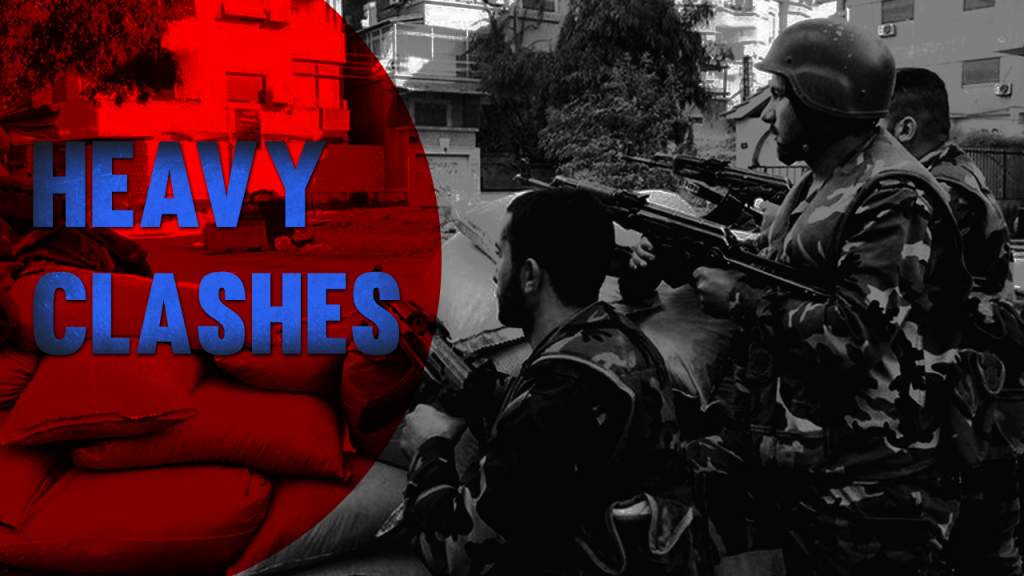 Units of the Syrian Arab Army (SAA), the Tiger Forces, the 5th Legion and the National Defense Forces (NDF) are readying for a fresh push against Hayat Tahrir al-Sham (formerly Jabhat al-Nusra, the Syrian branch of al-Qaeda) and its allies in the northern countryside of Hama. Government troops see the towns of Suran and Maardes as a needed minimum to reverse the militant gains in the province. At the same time, government forces artillery unit and troops increased their activity in around Halfaya. According to local sources, government forces will launch an offensive operation on these fronts soon. On Monday, government troops recaptured Maardes.

Meanwhile, Jaish al-Izza continues massively using anti-tank guided missiles pounding government military equipment and troops deployed in the area. Last weekend, Jaish al-Izza used a TOW missile against a SAA tank near al-Majd and a Fagot missile against a 23 mm gun east of Mahardeh. These missiles are a key component of the militants’ capabilities to equalize the SAA’s advantage in armoured vehicles.

Clashes between government forces and militants are ongoing in eastern Damascus. Last weekend, the SAA attacked militant positions in the Barzeh area in the Qabun neighborhood. But government forces were not able to achieve any gains. Separately, a fighting was reported south of the Qabun industrial area where government troops attempted to advance against Hayat Tahrir al-Sham and its friends. According to pro-opposition sources, the SAA had lost up to 10 fighters, a battle tank and a Shilka self-propelled gun in the clashes.

With growing tensions between the Syrian government and the so-called opposition in the Astana and Geneva formats and a de-facto collapse of the ceasefire in many areas across Syria, the militant-held town of Barzah and the Qabun pocket could become a next expected target of government forces in the area of Damascus.

The SAA continued operations against ISIS in the countryside of Palmyra. Government troops seized the Abu Duhur Mountain and captured a chunk of the road to the town of Arak controlled by ISIS. After redeployment a number of units of the 5th Legion from the area to northern Hama, government forces have not been able to make significant advances against ISIS in the countryside of the ancient city. However, the operation to secure the nearby field is steadily ongoing.

The situation remains tense in Dir Ezzor where the SAA and ISIS terrorists clash in the area of the Deir Ezzor airbase. Clashes were reported near the Al-Snuf hill and the Al Sham fuel station. Both sides claimed heavy casualties among each other. The Syrian Air Force and the Russian Aerospace Forces play an important role in keeping ability of SAA units deployed in Deir Ezzor to repel ISIS attacks.

The US-backed Syrian Democratic Forces (SDF) repelled a large ISIS attack in the Tabqa Military Airport in the province of Raqqah. SDF fighters killed 20 ISIS members and seized a BMP vehicle in these clashes. According to pro-ISIS sources, some 12 SDF fighters were killed as a result of ISIS suicide bombing near Tabqa.

SDF units are aiming to fully encircle the nearby town of Tabqa and to seize it from the ISIS terrorist group. If this is done, they will be able to focus on storming the Tabqa dam from the southern and northern directions. Now, US-backed forces are in control of only northern part of the dam. The US Marine Corps provide an artillery support to the SDF, using M777 howitzers.