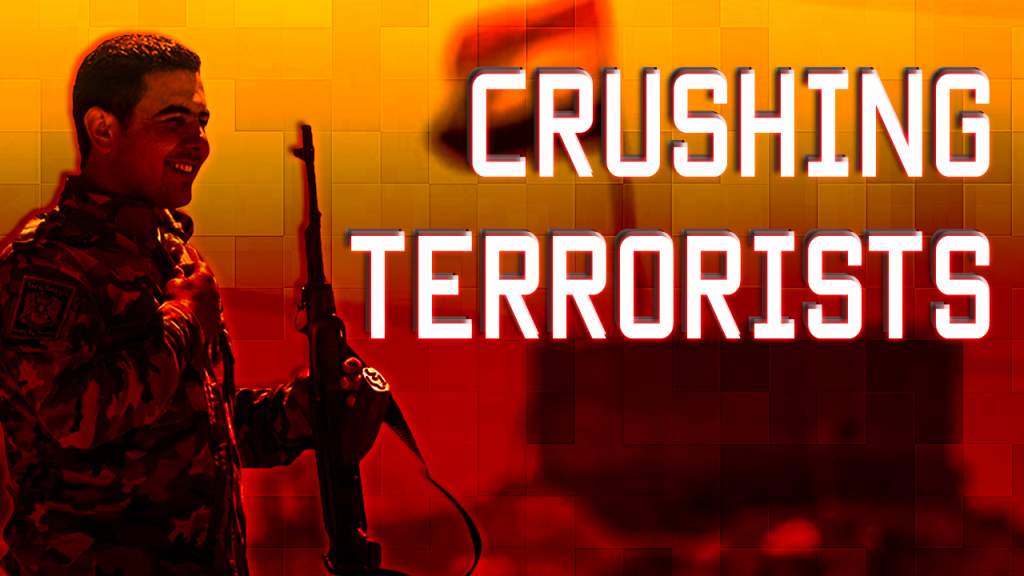 On April 3rd, government forces captured the villages of Atshanat Jubb Miri and Idrisiyah which had been controlled by ISIS terrorists in the province of Aleppo. The villages are located directly north of the Jirah Military Airbase which is a major ISIS stronghold in the province.

On April 4th, the SAA and the NDF continued offensive operations in the area of the airbase, aiming to retake it from ISIS terrorists.

In March, the Syrian Arab Army (SAA) and the National Defense Forces (NDF) made some attempts to storm the Jirah Military Airbase but failed to break the ISIS defenses. The situation was dramatically complicated with the Hayat Tahrir al-Sham-led offensive of the ‘moderate opposition’ against government forces in northern Hama. However, now, that the problems in northern Hama are mostly solved, the SAA and the NDF are resuming their attempts to recapture this strategic site from terrorists.

The control over Jubb Miri and Idrisiyah will allow government forces to launch an advance on the Jirah Air Base from 3 directions (northern, eastern, and western) simultaneously. If the SAA and the NDF are not able to achieve success in this storm, they will likely make a push on Duroubiyah Kabira and Jarah Kabir to encircle the ISIS-held airbase.

In northern Hama, government forces liberated Maardes, Iskanderiyah, Tal Zaydan, Maardes bridge, and other nearby points from Hayat Tahrir al-Sham and its allies. By April 4th, the SAA, the NDF, and other pro-government formations had concentrated significant forces east and south of Souran and launched an attack on this militant-held town. According to reports, militants already retreated from the area.

Artillery and air strikes continued against militant targets in the vicinity of Hulfiah, Tal Nsriah, and Tibat al Imam.
In case of a rapid collapse of militant defenses in the area, government forces could make a flanking maneuver aiming to besiege Tibat al Imam from the northern direction, capturing Lahia, Buidah, and Masasnah. If the SAA and its allies are able to do this and to entrench in these positions, the situation of militants in Tibat al-Imam will have little chances of keeping the town.

“We have completed the first phase of the Euphrates Shield Operation with the cleaning of Syria’s al-Bab from terrorists. It is now over and there will be [operations] from now on. Right now, we are preparing for new operations to walk all over terror organizations in other regions. We will give new names to new operations. We have very good surprises for all terror groups, including the PKK, YPG, DEASH, [and] FET waiting for the spring,” Erdogan said during a rally in the province of Trabzon on Monday.
As SF forecasted earlier, the official end of the Turkish Operation Euphrates Shield in Syria does not mean that Ankara is going to decrease its military involvement in the conflict. Furthermore, the Erdogan government is seaking options to increase its influence.

The statement came amid widely spreading rumors by pro-opposition sources that Turkey and the United States have made a secret deal which will allow pro-Turkish forces to participate in the storming of the ISIS self-proclaimed capital of Raqqah. While these reports look barely reliable, the whole media campaign has a clear aim – to play into the hands of Erdogan to allow Ankara to get a bigger piece of the pie under a pretext of combating terrorism.

The growing Turkish influence will at least contribute to the Israeli, Qatari, and Saudi plans aimed at defending that what they consider to be own interests in the war torn country.