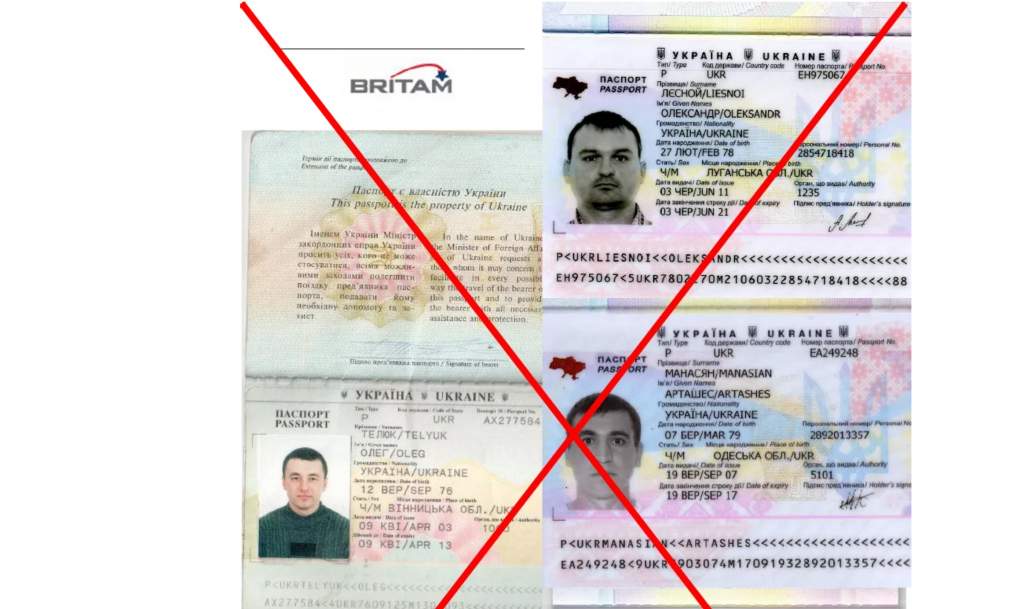 Editor’s note:  This is a 2016 article forwarded to Veterans Today by Greek News On Demand.  We are including it for information purposes only and have no verified any of the information included.g

ALL THAT THE MEDIA SAID ABOUT ASSAD “GASSING” HIS OWN PEOPLE WAS A LIE, BUT HERE WE HAVE SOLID PROOF OF THIS…

WE KNOW WHO THE ACTUAL COUNTRIES, COMPANIES AND PEOPLE WERE THAT PULLED THIS STUNT OFF WHICH COST THE LIVES OF MANY SYRIANS!!!

This information come to you EXCLUSIVELY from GreekNewsOnDemand.com and our own sources on the subject!

CONFIDENTIAL INFORMATION ON SYRIA: Were there some who handsomely paid for this intel?

-for interviews, contact us via the form we provide on this news blog

The signs are ominous and many, just as I have warned with numerous pieces of information that I receive daily from my many sources.

Judging by the hitherto behavior of all these “known – unknown” people that I know, even under my capacity as an Agent of the Greek Intelligence Services (ΕΥΠ) in Turkey and elsewhere, irrespective of what this means for my safety, even though the information from my activities was immense, and the national gain for Greece, enormous, unfortunately, the “dealers” exploited all this each for their own reason in an otherwise different manner which was definitely not in the best national interest (for Greece).

(When this knowledge became known, this leak was released by many different emails and they were deliberately concealed and denied. WE HAVE ALL THEM ALL IN THEIR FULL FORM.)

So I have dedicates to the proud Syrian people the following confidential data which shall overturn the “truth” and reveal all the…LIES about Assad and his government, and together we shall reveal the real the role played in this Syrian conflict by our own rulers.

THE CONFIDENTIAL INFORMATION – THE COMPLETE DOSSIER – HUNDREDS OF FILES THAT HAVE WOUND UP IN MY POSSESSION BY SOURCES OF INFORMATION AS A RESULT OF MY ACTIVITIES IN TURKEY AND WHICH I HAVE ALREADY SUPPLIED MR. YIANNIS ROUBATIS WITH WHO IS THE GREEK INTEL CHIEF…

Today, and based on what I know, all of these pieces of evidence are at least in the hands of media outlet EurActiv which belongs to the Greek intel chief, Roubatis. They are also in the hands of the Israeli intelligence brokering firm STRATFOR (https://www.scribd.com/doc/314461629) which, according to my findings, is now in partnership with EurActiv and I have the facts; so this means that the Greek intel Chief and EurActiv have PLEDGED to give their secret intelligence to STARFOR via this deal bewtween the two. This evidence could now very well be in the hands of the…TURKISH SPONSORS of EurActiv which own the company TUSIAD. Let it also be know that the funder of TUSIAD is none other than…GEORGE SOROS!

The history of this confidential data

Since December of 2012 chemical weapons (mainly shells) in cities in Syria have been used with hundreds of innocent victims. This resulted in the current overall conflict between many different forces, interests as well as Russia’s intervention in Syria which directly gave protection to Syria and put a stop on further warfare.

This, which was the reason for the decisions of the Russians for an immediate strategic decision making strategy and intervention, was the information they had to go by with a particular concern to prevent future incidents and provocations against the government of President Bashar al-Assad with the use of…CHEMICAL WEAPONS killing many more of the hundreds of thousand of Syrian citizens up until that point, which would become the cause of the Turkish intervention that had been prepared in collaboration with its secret allies.

With the decision of Russian President Vladimir Putin and the government of Bashar al-Assad this was all prevented, and thus the “argument” that once worked flawlessly in Iraq, had no reason to stand in the case of Syria; they failed to make it a reality since it was decided that the Syrian chemicals were to be surrendered in order to be destroyed under the supervision of the UN after the bilateral Agreement of the Russians and Americans which was held on September 14, 2013.

On the 27th of Sept. 2013, the UN Security Council resolution no. 2118 concluded the agreement and the procedures for the destruction of Chemical Weapons in Syria.

The informing of the Russians concerning the provocations confirmed an electronic file with top secret content that was found in Turkish hands somewhere in Turkey and then wound up in our country, Greece, right into the hands of intel chief Roubatis.

THIS WAS THE RESULT OF AN ELECTRONIC ATTACK ON THE SERVERS OF SOME ENGLISH COMPANY SOMEWHERE IN THE MIDDLE EAST THAT PROVIDES SPECIALIZED SECURITY SERVICES UNDER THE NAME OF “BRITAM DEFENSE.”

The company BRITAM based in England, Marvic House, Bishop ‘s Road, London, SW6 7AD, United Kingdom with a branch in Dubai, Block # 2B Al Sufouh Rd – Dubai – United Arab Emirates and elsewhere it is run by former, retired SAS leaders with many clients in the Middle East American which are of Arab and American interests.

One of the hundreds of files that came into our possession was the emails of company officials with their partners. One of these had as its topic…SYRIA. It was indeed a strange subject, a “business” proposal contract which exceeded the limits even of those that were discussing it, although their purchase was “familiar” in what they wrote to eachother. But the temptation was great and that’s why they discussed it because they had major confirmation that they were not alone in this; in other words, they had backing in this, very large backing.

AND NOT JUST THE EMAILS EXCHANGES BETWEEN THESE PEOPLE…

PERSONALLY, I BELIEVE THAT THE ABOVE EMAIL BY ITSELF IS A PIECE OF EVIDENCE THAT COULD KEEP The International Criminal Court (ICC) BUSY FOR YEARS; BUT, NATURALLY, IF SUCH A THING WERE TO OCCUR, THE VICTIMS WOULD HAVE HAD TO HAVE BEEN OPPOSSED TO THESE INTERESTS…!!!

EXPLANATIONS OF THE ABOVE:

Note: This email exchange takes place over a period of time before an actual confirmed event of the releasing of chemicals onto the Syrian city of Homs.

Most accused Syrian President Bashar al-Assad for this, yet no one sought the truth about this company. People associated with this company came out, yet received protection, each for his reasons. (THAT’S WHY AT THIS POINT I PROMISE TO RETURN WITH SPECIAL MENTION ON THIS SUBJECT IN THE CASE OF GREECE FOR REASONS CONCERNING OUR COUNTRY, GREECE, AND ESPECIALLY THE GREEK INTELLIGENCE SERVICES HEADED BY MR. YIANNIS ROUBATIS, WE HAVE EVIDENCE HERE THAT PROVES ALL THIS TOGETHER WITH THESE BINDING RELATIONS BETWEEN HIM AND STRATFOR…)

Although there were those who dared to come out and state the truth, unfortunately they were not able to draw the spotlight of mainstream news media attention (for obvious reasons because the media shows only what it wants to show) nor were they given any kind of forum to voice their concerns. Some had the opportunity to speak publicly on this albeit with a small platform. However, this had as a result testimonies being given by Inspectors of UN.  See the video entitled «SYRIA Flashback Rebels Used Sarin Nerve Agent: Testimonies To UN Investigators» [dissident Sarin chemical used: Deposits by Inspectors UN].

UN human rights investigators have spoken to the victims of Syria’s civil war and gathered medical testimonies which point to the Syrian rebels having used sarin nerve gas, while any allegations of its use by the government remain unsubstantiated.

The United Nations independent commission of inquiry on Syria has concluded that no evidence of the use of sarin by Syria’s government troops has so far been uncovered, said the lead commission member Carla Del Ponte on Sunday.

The protagonists in the Syrian drama

This one guy in the email is asked to give his opinion on the matter. I am talking about the Englishman Philip Doughty, Director and one of the founders of BRITAM DEFENSE, who has a rich bio, a long military career and a lot of prior experience in mercenary activites worldwide.

Amongst many activities, he was the Head of the Team of 16 Men of the English Special Forces (amphibian) from 1989 to 1991 who were active in Africa, the Philippines, Australia and Thailand. Later he was in Iraq and then, with his bases in DUBAI, manages a large clientele base in security services especially in the M. East, Iraq, Saudi Arabia and United Arab Emirates.

The Group – The Ukrainian Staff

We are talking about an indication of the kind of clientel this guy has were he is also to charge them fees for this services in accordance with the relevant contract agreements which is evidence that speaks for itself about “who is who” in BRITAM DEFENSE which is active in Iraq, Saudi Arabia, Dubai, Qatar and elsewhere.