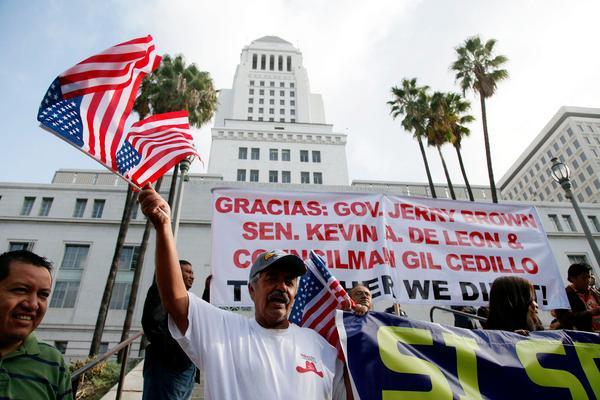 The other day, a friend of mine complained to me about America’s need for “White immigrants” and that America needs “White” immigrants and not immigrants from “Third World countries”, which prompted me to write this article.

The economic and political situation in Europe changed over the years, especially after the end of World War II, with Europe undergoing a big construction boom and with the establishment of the European Union allowing and funding poorer countries to improve their social and economic standards, such as Spain, Portugal, Italy, and Greece.

Then came the fall of the Soviet Union and the great efforts of the EU to uplift many of the former Soviet republics, like Poland, Hungary, Romanian, the Baltic States; the need for immigration from Europe slowed down.

For the most part, countries that have been the major source of “White Immigrants” like England, Germany, Scandinavia, Ireland, prospered over the years and now enjoy a much higher standard of living than that of the US.

Why would anyone from Europe emigrate to the US when most if not all have a standard of living that is the envy of most states in America, especially the poor states in Appalachia and the South and the Mountain States with European citizens enjoying universal health coverage, pension and retirement, 30 annual days of vacation, less than 40-hour work weeks, free child care and paid maternity leave, free college education.

Why would anyone in their right mind want to emigrate to America, when Americans are denied these benefits, not to mention quality schools irrespective of whether the neighborhood is poor or with mixed populations?

Of course, my friend is afraid that “Third World immigrant” may have an adverse impact on his lifestyle and his standard of living. Well, we don’t.

Let us for a moment revisit what happened to America since the end the big war.

America until WWII was basically an agrarian country, with agriculture as the basic industry with mostly small manufacturing and mining industry, and we have seen and lived that during the Great Depression.

Roosevelt’s New Deal and WWII came as a blessing for all Americans with the demands and needs of the war, transformed America into a major industrial, military and economic power, which continues to enjoy today.

Millions of returning war veterans came back to full employment in factories that converted from war industries to civilian industries turning out anything and everything from housing construction materials, to cars, to home appliances, to radios and TVs, to vacuum, cleaners among many consumer goods.

Major factories such as the automotive industries experienced a boom not seen in generations, with “America on Wheels” everywhere. Industries such as “steel” enjoyed a boom, with US Steel of Gary, Indiana (my hometown), which had 40,000 employees working three shifts. Adding major steel companies like Inland Steel of East Chicago, Bethlehem Steel, and cities like Youngstown, Ohio, and Pittsburgh, Pennsylvania enjoying a big boom. Cities like St. Louis and Everett, Washington enjoyed a big boom with the introduction of jet travel as the preferred travel in America, and later it became the basis of major military and commercial aviation.

That is how Main Street “White America” was enjoying its “Middle-Class” status, with the head of household, perhaps with only a high school education, who worked in these factories able to own a house and two cars and able to afford sending his kids to college. These were the glory days of high-school educated “White Middle Class” America.

Lay the Blame where it belongs

All that changed; and thanks to America’s White Establishment, through its political, economic and taxation policies, it deprived White Middle-Class America not only of its jobs but of its dignity and honor as well.

White Middle-Class America got the short end of the stick. National and international economies changed, and with it, major industries, which had been the solid base for White Middle-Class American jobs, moved overseas; through a series of tax incentives and other policies instituted by America’s Congress, its very own “White Institution”. Add to that another White American Institution”, the US Presidency.

President Reagan while being labeled as the “icon” of and darling of “White America” was the one who truly failed “White America”. It was his tenure that saw the greatest shift in America’s economies; and it was during his terms that America began to witness a series of episodes where the taxpayers were “looted” in favor of big powerful “White” corporations. Reagan was too busy making America feel great, and never bothered to address the issue job loss, and the urgent need to “retrain” America for the new international economies. Until now Congress, not the White House, addressed these big major social and economic issues.

The demise of the White Middle-Class in America began with Ronald Reagan and was not caused by Barack Obama, although he is faulted for bailing out big “White” institutions, such as Wall Street and the automobile industry.

The General Accounting Office, after reviewing the collapsed “Savings and Loan” industry in 1996, reported that taxpayers ended up paying $132.1 billion to bail out White-owned saving and loan banks.

The looting of taxpayers continued with Ronald Reagan’s deregulation of airlines. While saving consumers $5-$10 billion annually in ticket fares, more than a trillion of shareholder assets disappeared with the demise of such American icons like TWA, Pan American, Eastern, National and Braniff airlines.

Over the years, America’s “White” owned institutions saw the biggest fraud cases in US history, with shareholders losing over $180-billion in investor assets, due to fraudulent accounting by the management of WorldCom and the loss of 30,000 jobs.

Of course, all of us remember ENRON, with its big friends in the White House that looted $70 billion in shareholder equity and pensions, and looted California consumers out of tens of billions in overcharges.

Another “White” big time business was HealthSouth, which inflated earnings by $1.4 billion; and the only reason the “White” CEO was caught was because he sold $75 million the day before the case broke into the open. He was acquitted on all 36 federal charges.

“White” not “Brown Immigrants” also committed the biggest Medicare fraud cases in US history, with Columbia/HCA headed by “White” Rick Scott (Governor of Florida) paying $1.7 billion in fines. Johnson & Johnson agreed to pay $2.2 billion “for improper promotion” of certain drugs (2013); and Pfizer settled for $2.3 billion (2009) and GlaxoSmithKline settled for $3 billion (2012).

The president (White) of Tyco did not fare well; he was convicted of looting the company out of $150 million, and investors lost $2.92 billion.

Then came the biggest financial fraud in US history. No thanks to Bill Clinton (White), who worked with America’s White Congress and “White” Wall Street, repealed the Glass-Steagall Act in 1999, that directly contributed to the collapse of America’s “White” financial institutions.

“White America” bailed out big time crooks of “White” Wall Street to the tune of $800 billion. Bailing out companies like American Insurance Group under the leadership of its chairman Hank Greenberg (White) after it declared $61.7 billion in losses, though the company and for many years was paying fines because of its standard cheating. $ 10 million in 2003, $115 million to Louisianan Pension Fund and $725 million to Ohio Pension Funds. Ironically no one went to jail and it paid its executives $165 million in bonus.

“White” America took care of its own self, with Lehman Brothers hiding $50 billion in losses and booking it as “sales” and in the same year, it was named as the most admired security firm.

It is not so surprising that none of the executives responsible for the financial crises of 2007 went to jail, and this proves that “White” America takes care of its own. America’s White Congress allowed Wall Street to charge $100 billion in legal fees fighting the tens of millions of consumers cheated and thrown out of their homes rather than force “White” Wall Street to compensate the tens of millions who lost their homes, pensions, and jobs.

Of course there are many “White” great companies that uplifted millions of Americans and made America the great country it is, companies and business leadership like Bill Gates and Microsoft, Steve Job and Apple, Mark Zuckerberg of Facebook, Larry Page and Sergey Brin of Google, Larry Ellison of Oracle, and companies like Boeing, Lockheed Martin, Northrop, General Electric that makes America very proud.

Oh, sorry I kept going on and on about “White” America as the root cause of the anger and frustration of “White” Main Street and rural America.

It is not the poor hard working Latino who is the cause of your problem or the cause of “White” America losing its economic power, with Latinos working in back-breaking jobs in construction, in agriculture and in food service industries.

Certainly, it is not the hard working and smart Asians with several families living together, taking care of their families so they can go to the best schools and universities in America.

And it is not the Indian immigrant whose families work in dangerous areas so they can afford to send their kids to the best schools and universities.

For sure it is not the Arab or Muslim Americans, whose family values help produce some outstanding professionals in engineering, in medicine, in sciences, or in IT, that are the cause of the misfortunes of “White” Americans. The misfortunes of White Americans lies with the White Institutions of America.

Like you, we “Brown Immigrants” work hard; we pay our taxes, and we don’t “mooch’ on free government services; and many of us are not on welfare or food stamps. We are your partners, not your enemies.

That is why it is up to you to team together and change the very “White Institutions” that are the cause of your anger and frustration. Time to stop complaining and get back to work. There is much hard work in construction, in agriculture, in food industries. America can use more doctors, more engineers, and more IT specialists. Roll up your sleeves and stop complaining about us “Brown, Third World Country” immigrants.