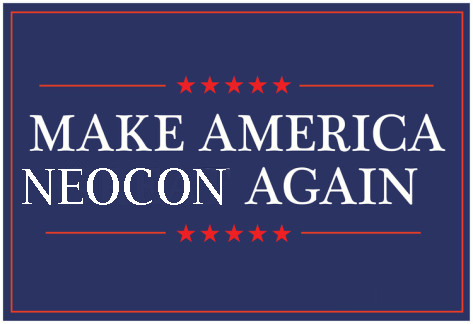 It doesn’t take a military analyst to grasp that the American attack on a remote Syrian airfield contradicts every possible military rationale. If America really believed that Assad possessed a WMD stockpile and kept it in al-Shayrat airbase, launching a missile attack that could lead to a release of lethal agents into the air would be the last thing it would do. If America was determined to ‘neutralise’ Assad’s alleged ‘WMD ability’ it would deploy special forces or diplomacy. No one defuses WMD with explosives, bombs or cruise missiles. It is simply unheard of.

America targeted al-Shayrat because it knew with certainty that there were no WMD in that location. It was a firework show. It had no military objective.

The first concern that comes to mind is why do you need a saxophonist to deliver the truth every military expert understands very well? Can’t the New York Times or the Guardian reach the same obvious conclusion? It’s obvious enough that if Assad didn’t use WMD when he was losing the war, it would make no sense for him to use it now when a victory is within reach.

So why did the White House launch a cruise missile blitz on a non-existent target?

We know who are the first to benefit from the current escalation. The Jewish State that gambled on regime change in Syria, consistent with the sinister Yinon Plan, accepts by now that Assad is there to stay. But here is the peculiar development: while the BBC, the Guardian, the New York Times and the White House refer to Assad and his ‘chemical warfare’ with certainty, the Israeli press is actually very careful. The Israeli Ynet only refers to Assad’s ‘alleged’ gas attack. The Israelis do understand that the story, as it stands, doesn’t make any sense.

But there may be another narrative that could introduce some method to the madness. The CIA and the FBI do not seem to drift away from Trump and his ties with Russia. This weekend we learned that former Trump adviser Carter Page ‘gave documents to a Russian spy.’ Carter Page, who was a foreign policy aide to the President before the election, met occasionally with Victor Podobnyy while the intelligence operative was working in the US. Mr Podobnyy was one of three men indicted by the FBI in 2015 on suspicion of working for Russia’s SVR foreign intelligence service.

We also learned this weekend that Trump’s son-in-law Kushner failed to alert the FBI to several meetings with Russian officials despite a legal obligation to do so. His lawyer described the omission as an “administrative error.”

The Guardian reports that the CIA actually reported to senior lawmakers in classified briefings last summer that it had information indicating that Russia was working to help elect Donald J. Trump as president, a finding that did not emerge publicly until after Trump’s victory months later.

President Trump has rejected any suggestion of a Russian connection as “ridiculous” and “fake news.” Trump could probably win the liberal press but the CIA and FBI have proved harder nuts to crack.

Trump was left with no other option, he needed a firework show to convey a clear image of a conflict between himself and Putin. He had to invent a war with Russia. The Mirror bought into this façade: ‘Donald Trump warned he is one step away from military clashes with Russia,’ its headline read.

It seems as if launching a missile attack on a deserted Syrian airfield while alerting the Russians in advance would convey the necessary patriotic image to the American people. It would convince the Ziocons that the White House is ready to launch WWIII on their behalf. The attack was there to convince the American people that Trump is not a Russian puppet. Shockingly enough, the liberal press was very quick to straighten line with Trump.  The uniquely banal Jonathan Freedland wrote in the Guardian today “sometimes the right thing can be done by the wrong person. Donald Trump’s bombing of a Syrian airfield seems to belong in that category.” Seemingly the Guardian never misses an opportunity to rally for a Ziocon war.

The only question that has remained open is whether such a drone blitz on an abandoned Syrian airbase will convince Trump’s constituency that by now ‘America is, once again great.’