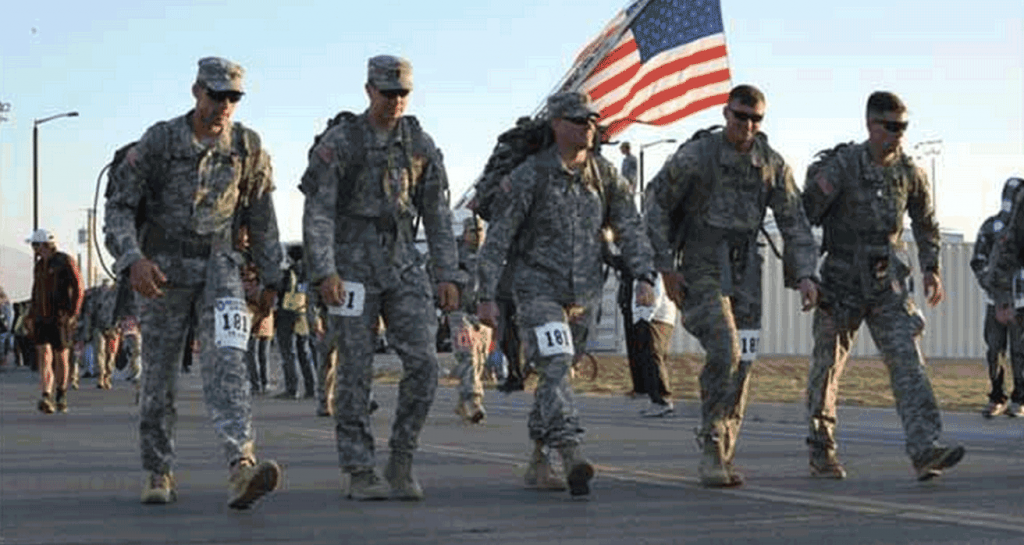 I was a resident of the great state of New Mexico for a quarter of a century, and I tend to become more aware of history when I live among the people who lived through the event, because they and their families and their adult children talk about it. I guess that’s normal for many people.

And yes, I had read about the Death March years before, but being near the survivors and reading about it in the local newspaper intensified their story for me.

The veterans have been honored for twenty-seven years with a reenactment march across 26 miles of high desert; and it is well-publicized and well-attended by a cross-section of people. Often, retired military take their families to participate, as it is a good way to pass on the legacy of survival to the next generation.

This year, 99-year-young Ben Skarden attended the event. Take a look for yourself — these are short videos.

In the race, “there are two individual categories (“light” and “heavy”) and one team category, and two divisions: civilian and military. In the light category, runners may wear standard distance-running apparel; in the heavy division they must carry a minimum of 35 lbs. in rucksacks or backpacks. Military entrants must wear their Army Combat Uniform or other service equivalent uniform. A team must include exactly 5 people, and it only ‘finishes the race’ if all members finish together, on the principle that one does not leave teammates behind.” (ref.: Wikipedia) 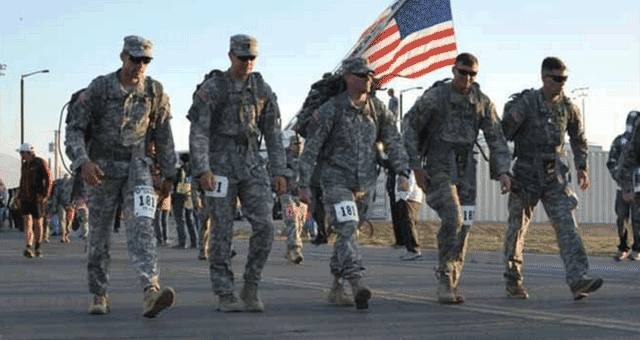 “The museum began as a tribute to the veterans of the infamous Bataan Death March. This tribute remains and has grown into a world class display that chronicles the struggle and desperate years of the experiences of the 200th and 515th Coast Artillery regiments. You can follow the story of the 1800 brave New Mexico Soldiers through their odyssey from New Mexico, Fort Bliss, Bataan, Japan and finally of the 900 soldiers who survived confinement and returned home.”

The Most Majestic One in The World Wars