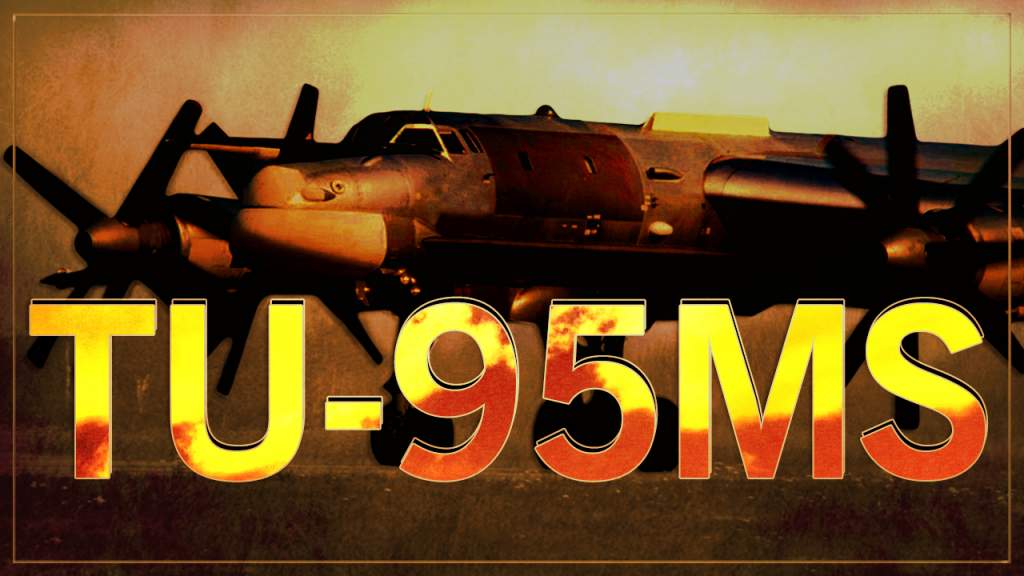 USSR’s first genuinely intercontinental bomber, the Tu-95 is practically a contemporary of the US B-52 Stratofortress, having entered operational service in 1956 at which time it acquired its iconic NATO reporting name of “Bear”. However, since the Tu-95 production continued until 1992, the Russian Bear fleet is considerably younger than the US B-52 fleet, the youngest of which dates back to the 1960s. It is a testament to the power and reliability of these aircraft that, even though their countries’ respective strategic bomber fleets eventually received more advanced aircraft such as the Tu-160, B-1, and B-2, the 1950s-era bombers remain the mainstay of the aerial strategic deterrents thanks to their conversion into nuclear air-launched cruise missile (ALCM) carriers, the Tu-95MS which is easily distinguished from the earlier variants by having a prominent aerial refueling probe and a large radar blister under its nose, as opposed to the glazed nose of the initial versions. Unlike the B-52, the Tu-95 was never used as a conventional bomber. Apart from having the Tu-22–series bombers for that task, B-52 losses over North Vietnam proved that large subsonic aircraft have no business mixing it up with supersonic interceptors and long-range missiles.

The Tu-95 fleet currently consists of two sub-types, the Tu-95MS-16, and the Tu-95MSM, and the modernization is intended to bring most of the unmodernized bombers to the upgraded standard. Since the Tu-95 cannot very well be made into a supersonic or a stealthy aircraft, the upgrades necessarily consist of improving the aircraft’s offensive and defensive electronic systems, introducing satellite navigation, and new communications. But the biggest component of the effort to maintain Tu-95 effectiveness is adapting to to carry new weapons the Kh-101 conventional and Kh-102 nuclear ALCM. Designed by the Raduga Design Bureau, the Kh-101/102 offers several improvements over the earlier Kh-55/555 cruise missiles. They include much greater accuracy, significantly reduced radar cross-section, and a more than doubled effective range of at least 5,500km which allows even the subsonic Tu-95 to minimize its exposure to opposing air defenses. On the debit side, the Kh-101-series weapons’ greater weight–about 2.5 tons, as opposed to less than 1.5 ton for the Kh-55, and increased size, some 7.5 meters in length as opposed to less than 6 meters for the Kh-55, means a reduced payload. While the Tu-95MS could carry up to 16 of the earlier missiles thanks to the rotary launchers installed in the bomb bays, the modernized Tu-95MSM payload on an intercontinental mission would not exceed 8 missiles, all on external underwing pylons.

The ongoing modernization program indicates the Bears will remain in service for decades to come, alongside the Tu-160 whose production will resume in a few years. The modernization is most likely intended to maintain the viability of the Tu-95MS fleet until the PAK-DA heavy bomber is ready for operational service. According to the Tupolev Design Bureau, bomber airframes are in sufficiently good condition to permit operation until at least 2040. Though built for the Cold War, ironically enough the first combat use of the Tu-95 was against jihadist high-value targets in Syria, against which the bombers launched cruise missiles. Since world peace does not appear ready to break out in the current unstable multipolar world, the Bears are almost certain to see more action in the remaining decades of their service.