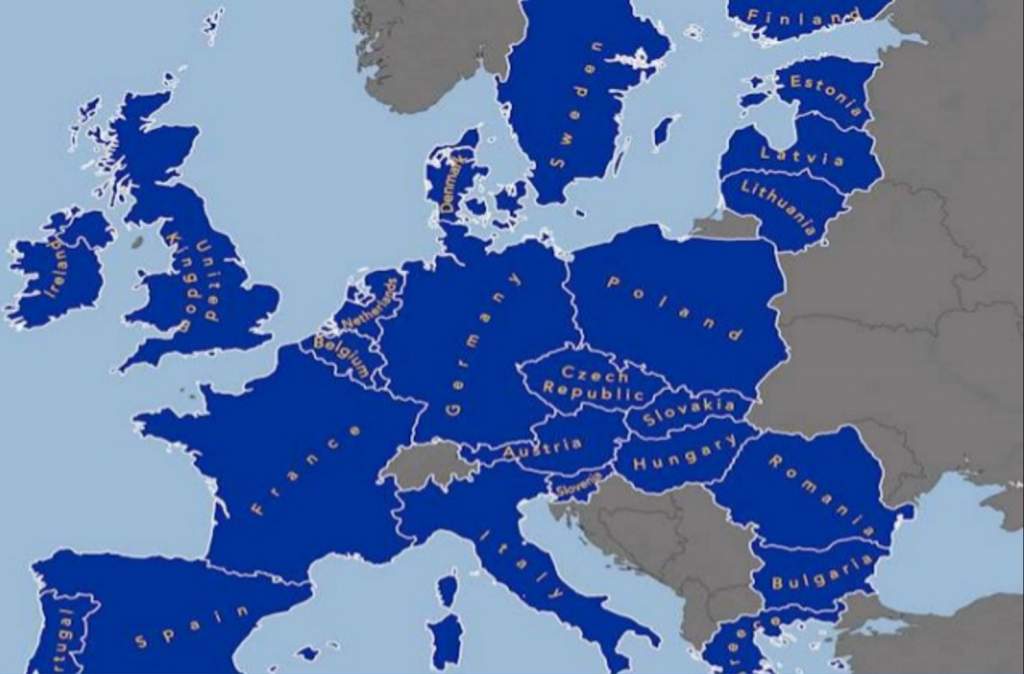 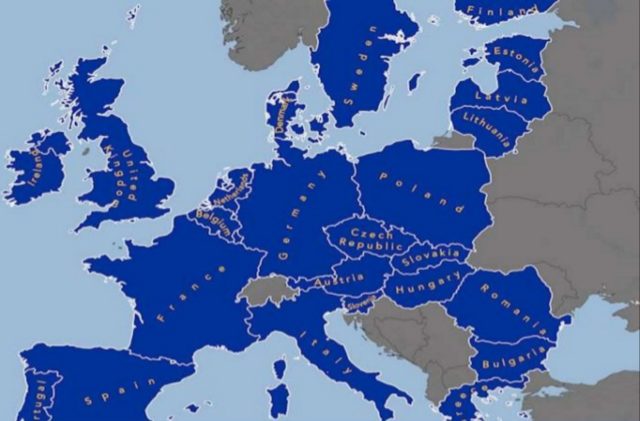 Both NATO and EU were conceived during the Cold War to offset the influence of Soviet Union in Europe. Therefore it is not a coincidence that the Soviet Union was dissolved in December 1991 and the Maastricht Treaty that further consolidated the European Community and laid the foundations of the European Union was signed in February 1992.

The basic purpose of the EU has been nothing more than to induce the formerly communist states of the Eastern and Central Europe into the folds of the Western capitalist bloc by offering incentives and inducements, particularly in the form of the Schengen Agreement that allowed the free movement of labor from the impoverished Eastern Europe to the prosperous countries of the Western Europe.

No wonder then the neoliberal political establishments, and particularly the US, are as freaked out about the outcome of Brexit as they were during the Ukrainian Crisis in November 2013, when Viktor Yanukovych suspended the preparations for the implementation of an association agreement with the European Union and tried to take Ukraine back into the folds of the Russian sphere of influence by accepting billions of dollars of loan package offered by Vladimir Putin to Ukraine.

How can European Union be regarded as an independent economic bloc when 79,000 American troops are currently stationed all over Europe? According to a recent infographic [1] by New York Times, 210,000 US military personnel are currently stationed all over the world, including 47,000 in Germany, 15,000 in Italy, 45,000 in Japan, 28,500 in South Korea and 36,000 in the Middle East. By comparison, the number of US troops in Afghanistan is 8,500 which is regarded as an occupied country. Thus all the European, Far Eastern and Middle Eastern states mentioned in this list are not independent states but the colonies of the US.

Now when the international financial institutions, like the IMF and WTO, promote free trade by exhorting the developing countries all over the world to reduce tariffs and subsidies without the reciprocal free movement of labor, whose interests do such institutions try to protect? Obviously, they try to protect the interests of their biggest donors by shares, i.e. the developed countries.

Regardless, while joining the EU, Britain compromised on the rights of its working class in order to protect the interests of its bankers and industrialists, because free trade with the rest of the EU countries spurred British exports.

The British working classes overwhelmingly voted in the favor of Brexit because after Britain’s entry into the EU and when the Schengen Agreement on abolishing the internal border checks between the EU member states became effective in 1995, the cheaper labor force from the Eastern and Central Europe flooded the markets of Western Europe; and consequently, the wages of native British workers dropped and it also became difficult for them to find jobs because the foreigners were willing to do the same job for lesser pays.

Hence raising the level of unemployment among the British workers and consequent discontentment with the EU. The subsequent lifting of restrictions on the Romanians and Bulgarians to work in the European Union in January 2014 further exacerbated the problem and consequently, the majority of the British electorate voted in a June 2016 referendum to opt out of the EU.

The biggest incentive for the British working class to vote for Brexit is that the East European workers will have to leave Britain after its exit from the EU, and the jobs will once again become available with better wages to the indigenous workforce.

Although the EU’s labor provisions ensure adequate wages and safeguard the rights of workers, but the British working class chose to quit the EU on the basis of demand and supply of labor. With East European workers out of the country, the supply of labor will reduce hence increasing the demand. The native British workforce can then renegotiate better terms and conditions from the owners of industries and businesses, and it will also ensure ready availability of jobs.

Regardless, instead of lamenting the abysmal failure of globalization and neoliberal economic policies, we need to ask a simple question that why do workers choose to leave their homes and hearths, and families and friends in their native countries and choose to work in a foreign country? They obviously do it for better wages.

In that case, however, instead of offering band aid solutions, we need to revise the prevailing global economic order; and formulate prudent and far-reaching economic and trade policies that can reduce the imbalance of wealth distribution between the developed and developing nations, hence reducing the incentive for immigrant workers to seek employment in the developed countries.

Free movement of workers only benefits a small number of individuals and families, because the majority of workforce is left behind to rot in their native developing countries where economy is not doing as well as in the developed world, thanks to the neoliberal economic policies. A comprehensive reform of the global economic and trade policies, on the other hand, will benefit everyone, except the bankers, industrialists and the beneficiaries of the existing neoliberal world order.

More to the point, the promotion of free trade by the mainstream neoliberal media has been the norm in the last several decades, but the implementation of the Schengen Agreement in March 1995 that allowed the free movement of people between the EU member states has been an unprecedented exception.

Free trade benefits the industrialized nations of the EU, particularly Germany and to some extent the rest of the developed economies of the Western Europe; but the free movement of labor benefits the cheaper workforce of the impoverished Eastern and Central Europe.

The developed economies of the Western Europe would never have acceded to the condition of the free movement of labor that goes against their economic interests; but the political establishment of the US, which is the hub of corporate power and wields enormous influence in the Western capitalist bloc, must have persuaded the unwilling states of the Western Europe to yield to the condition in order to wean away the formerly communist states of the Eastern and Central Europe from the Russian influence.

Had there been any merit to the founding of the EU, the Western Europe would have promptly accepted Turkey’s request to join the EU. But they kept delaying the issue of Turkish membership to the EU for decades, because with a population of 78 million, Turkey is one of the most populous countries in Eurasia. Millions of Turks working in Germany have already become a burden on the welfare economy of their host country. Turkey’s accession to the EU would have further opened the floodgates of immigrant workers seeking employment in the Western Europe.

Moreover, Turkey is already a member of the NATO and a longstanding and reliable partner of the Western powers; while the limited offer to join the EU, as I have already mentioned, serves as an inducement to the formerly communist states of the Eastern and Central Europe to forswear their allegiance to Russia and to become the strategic allies of the Western powers.

Thus all the grandstanding and moral posturing of unity and equality of opportunity aside, the hopelessly neoliberal institution, the EU, in effect, is nothing more than the civilian counterpart of the Western military alliance against the erstwhile Soviet Union, the NATO, that employs a much more subtle and insidious tactic of economic warfare to win over political allies and to punish the adversaries that dare to sidestep from the global trade and economic policy as laid down by the Western capitalist bloc.

1- What the U.S. Gets for Defending Its Allies and Interests Abroad?