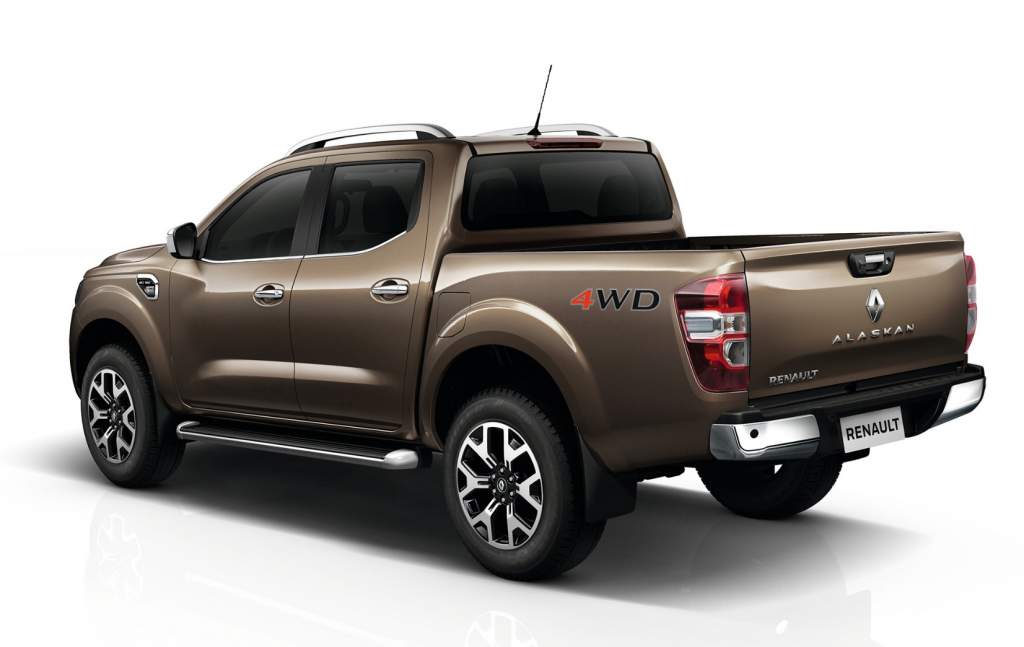 Veterans Today sent a team to Idlib from Turkey and then to Damascus, through rebel lines, to make the following report.  Though the report is not comprehensive, it outlines the real situation “on the ground” at Khan Sheikhoun, what really happened and what is happening now.  This was not done without considerable risk and without, as part of the process, VT being hacked by US Army Cyber Command and subjected to a National Security Letter by DHS  and threatened to remain silent, which we are obviously ignoring.

The story below is not what is convenient, not what Russia and Syria are telling, it is simply the truth. We begin:

Plans for the April 2017 attack on Khan Sheikhoun, a town known to host an al Nusra command center, began some two weeks ago.  The committee to plan the attack was coordinated on the ground in Idlib by Amir Abou al Baraa al Sheshani of al Nusra and the Turkish Army intelligence command, housed at Khan Sheikhoun, commanded by Colonel Osmon Ozon.

There have been many claims that Sheshani has been killed, two from 2016 alone.  We can confirm that he is coordinating al Nusra forces and combined FSA/Turkish military in Idlib province.

We received two versions of the story in Idlib, one from a Turkish intelligence official with a love for single malt Scotch and another from an al Nusra commander.  We give each:

Logistics and planning for the attack were done by Colonel Ozon and coordinated with the White Helmets Foundation and a joint al Nusra and Turkish backed Free Syrian Army group.  On site were media representatives of al Jazeera, a rebel friendly media group from Qatar, responsible for funding the attack, and Reuters “embeds” who had worked with the White Helmets staging videos both inside Syria or at studios in Egypt.

On March 31, 2017, two silver Renault 4×4 pickup trucks pulled into the Saraquib neighborhood where the offices for Turkish intelligence and al Nusra are.

There they unloaded a shipment of chlorine gas, stored in cylinders.  This is what was used during the attack, not Sarin.

This is what we know, where we can support using credible testimony.  We can’t tie what happened on the ground with the CIA or anyone else, just what we have.  But we have more, thus we continue, as we debrief our investigators in the lobby of the Dama Rose Hotel in Damascus, where VT “offices” are, frankly located in the lobby where we get WiFi and reliable electricity most of the time.  Here we learn of an upcoming attack, buoyed by the Trump attack, they are planning a repeat performance.  We begin:

“We warned you before the staged gas attack and now we see it again.  There is an al Jazeera film crew here meeting with the White Helmets Foundation.  They have begun filming scenes, using smoke machines, actors running back and forth, shooting and reshooting scenes to get them right.

This attack is to be a bombing by the Syria Air Force using white phosphorus, not sarin, not chlorine gas.

When we left, the film team was busy in Saraqib, it looked just like a movie crew filming an episode of Homeland for the Israelis.”

Media Deception Key to the Attacks

For a new wrinkle on the story, we go to of all places, Russia Today.  Normally, one expects Russian state run media to play down the idea that the Damascus government would be involved in chemical attacks.

We all remember the claims of gas attacks in Aleppo, that and the mass graves, the gunning down of civilians that, once Aleppo was retaken by Damascus and open to the world press, was quickly debunked.

The video below was done by the same White Helmets team that worked the gas attack in Khan Shiekhoun, that staged the attack in August 2016, one that the US recognized as fake and failed to respond to.  Obama was in the White House.

It was his familiarity with the fakery of the White Helmets and their alleged relationship with Hillary Clinton and the Soros organization that brought Trump to support Assad in the first place. Steve Bannon, top Trump advisor, recently removed from the National Security Council, had used the White Helmets as an example of the hypocrisy of Obama and Clinton.

Why would Russia Today have a Mideast Bureau Chief that our sources tell us works for Israel’s Mossad?  This is Paula Siler whose viciously slanted broadcast, now disproven by events on the ground, was highly instrumental in forming the basis for the US attack on Syria in April 2017.

Yet Siler works for the Russian government as a paid correspondent and obvious propagandist for the other side?  This is not at all uncommon for Russian media, long penetrated and as much a part of the problem as the “fake news in the US and Europe.  From Wikpedia:

Slier is Jewish. Her Dutch grandparents and many other family members were killed in the Holocaust.[4]

What is less well known is the penetration of Russian media by political enemies of Putin.  The video we present below, and please take a moment to watch, is beyond curious.  This is a Russia Today report that, again with only White Helmet staged videos, which Russia normally claims are fake as a matter of course, RT turns on Damascus much has Trump has done with his missile attack. 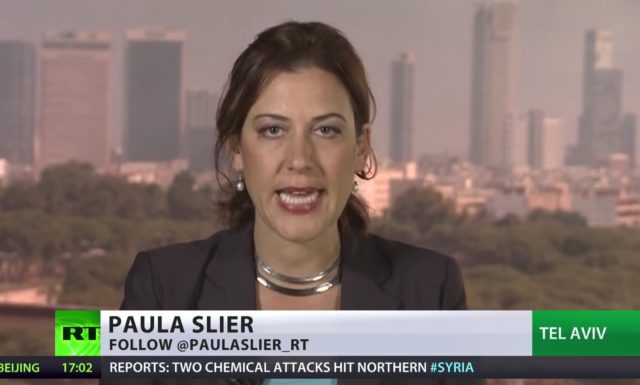 Note first that the an Aleppo attack is mentioned, this time using chlorine gas dropped from a helicopter.  It is one thing filming a supposed air attack at night by a fighter-bomber and quite something else for there to be no video of a helicopter stupid enough to drop poison gas.

Then again, the real insanity comes when RT turns to a Tel Aviv based correspondent to report on Syria, a correspondent obviously in the midst of the enemy camp, reporting on Russian state financed and managed media.

Today we are getting reports of a command center being set up between Hezbollah, Iran, Syria and Russia but there are no reports in Russian media, certainly not from Russia Today and Sputnik. These omissions have alarmed both Syria and Iran.

Key to running these campaigns, false flag terrorism, even pushing the world to the brink of nuclear war, is full complicity by all media, not just America or the infamous “Guardian” in Britain but Russian media as well.  Media organizations have to defend themselves from attack like any nation state, defense that requires a counter-intelligence capability few or none have, perhaps but Veterans Today.

Where the American system fails most miserably can be seen in how the media has treated Rep. Tulsi Gabbard of Hawaii, the only member of Congress that publicly doubts the version of events that the “regime” in Washington is promoting.

We hope Tulsi learns she has been vindicated.