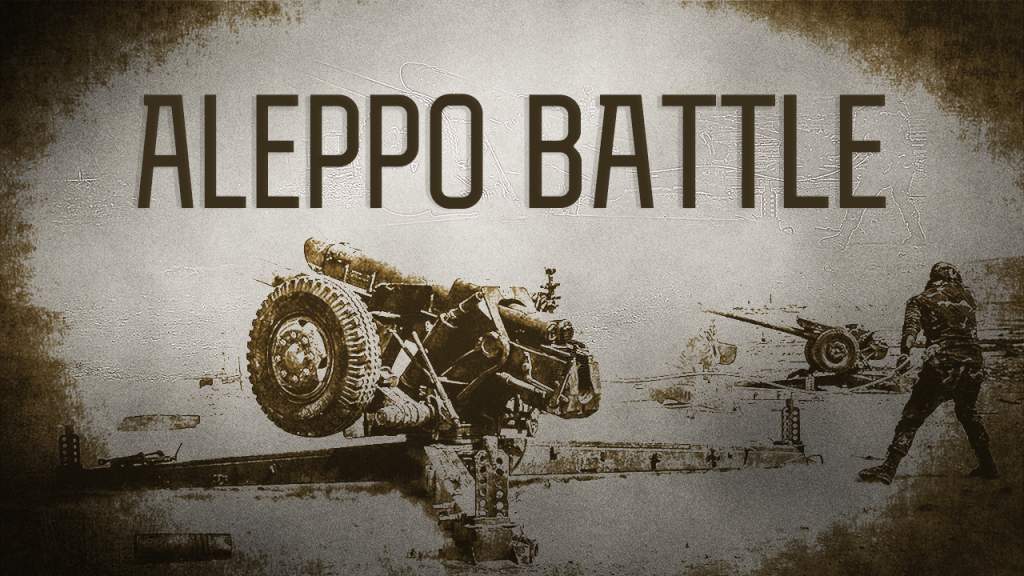 Since April 10, pro-government forces, led by the Republican Guard and Liwa al-Quds, have been making attempts to advance against Hayat Tahrir al-Sham (formerly Jabhat al-Nusra, the Syrian branch of al-Qaeda) and its allies northwest of the city of Aleppo. So far, government troops captured the areas of Tell Shuwehnah and Khirbet Anadan and tried to push further in the diraction of Maarat al-Artic and Babis. However, this advance have been repelled by forces led by Hayat Tahrir al-Sham (HTS). On April 12, clashes continued in the area with both government forces and militants are trying to advance on each other.

While some pro-government outlets described this advance as a large-scale push aiming to encircle Anadan and the nearby points, the Republican Guard and Liwa al-Quds will likely not be able to achieve this goal because of a lack of manpower for this advance. The real goal of the operation is to put an additional pressure on HTS members in the Anadan plain amid the continued clashes in northern Hama where the group is also deeply involved. Nonetheless, if defenses of the HTS-led forces collapse by some reason, government troops will try to use this to achieve their maximum goal in the area.

The situation remains tense in northern Hama with the Tiger Forces, the National Defense Forces (DNF) and other pro-government factions embedded with Iranian and Russian military advisors are putting pressure on HTS—led forces aiming to retake Souran and Halfaya.

The Russian-trained 5th Legion and the NDF backed up by the Russian Aerospace Forces, recaptured the Al Taj hill, a number of points in the Mazburad Mountain, Qasr al-Halabat, Sukkari, Syria Tal and the Al-Abtar Mountain from ISIS terrorists in the countryside of Palmyra.

Pro-government forces are now pushing along the road linking the al-Busairi crossroad and Palmyra. In this case, Jabal al-Khan, Jabal Abtar, the Sawwanah Junction, Khufayfis and the Khufayfis Phosphate Mine are the main targets of the government advance.

This advance shows that the Syrian military is aiming to secure further the Homs-Palmyra highway from the southern and northern directions instead of pushing to Deir Ezzor, as SF forecasted earlier.

The push of the Free Syrian Army (FSA) militant coalition against ISIS in the desert southwest of Palmyra also contributes to the Syrian Armed Forces’ concerns. If the FSA reaches al-Bardah and the al-Busairi crossroad first, they will be able to threaten the southern flank of the government forces deployed in the Tiyas Airbase.

On April 12, so-called “green buses” arrived the villages of Zabadani and Madaya in southwestern Syria in order to evacuate the first batch of militants and members of their families from the area. According to reports, about 3,000 militants and civilians will evacuate. Government forces will set a full control over the Zabadani pocket.

US Secretary of State Rex Tillerson said on Tuesday that Moscow must choose between good relations with the US and its allies and support for Iran, Hezbollah and Syrian President Bashar al-Assad. With this statement, the secretary of state aimed to strengthen his position amid ahead of his meeting with his Russian counterpart Sergey Lavrov. However, it’s no likely that ultimatums could help to find a joint ground over the issue.

During his first press briefing, Secretary of Defense James Mattis once again confirmed that the US is set to blame the Assad government for the Idlib chemical attack and offered a stern warning that the Syrian government will pay “very very stiff price” if further chemical attacks were launched in the future.