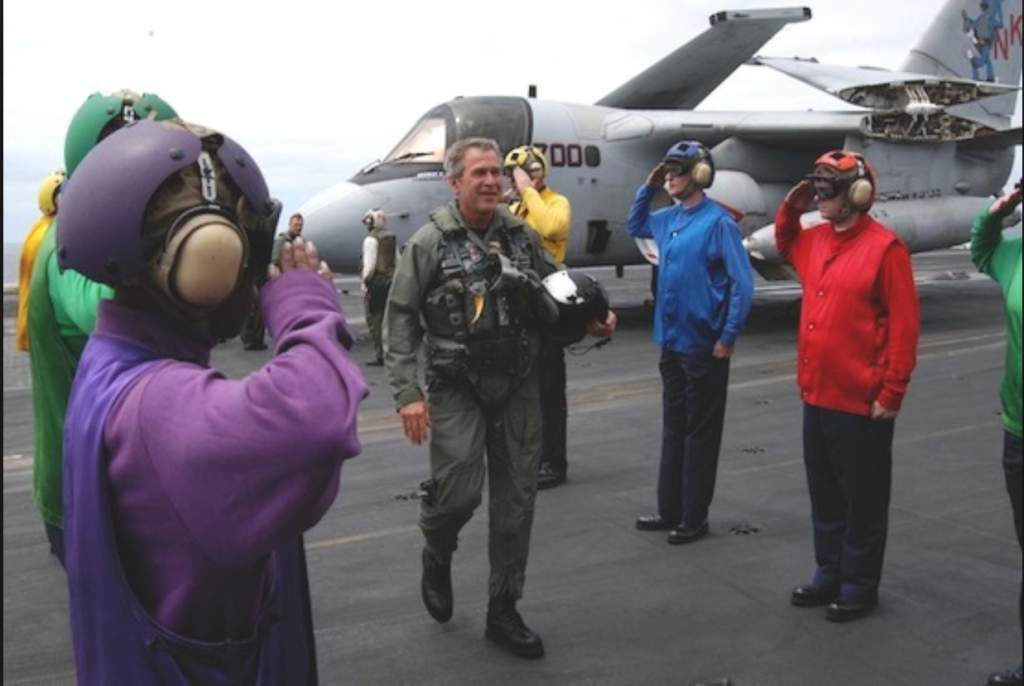 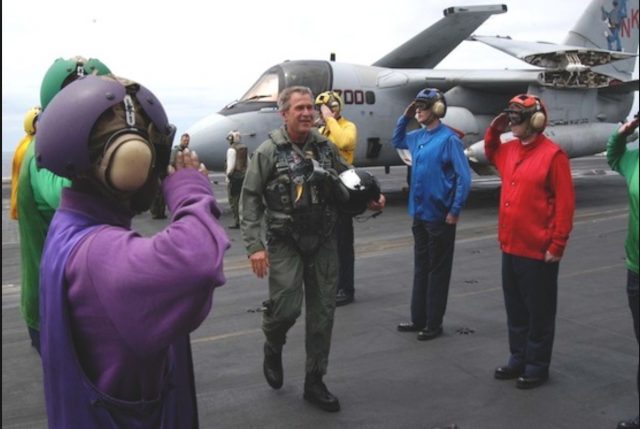 The definition of the term “terrorism” has been deliberately left undefined by the Western powers to use it as a catch-all pretext to justify their interventionist policy in the energy-rich Islamic countries. Depending on context, “terrorism” can mean two markedly distinct phenomena: that are, religious extremism or militancy.

If terrorism is understood as religious extremism, then that is a cultural mindset and one cannot possibly hope to transform cultures through the means of war and military interventions; if anything, war will further radicalize the society.

However, by terrorism, if the Western powers mean militancy, then tamping down on militancy and violence through the means of war does makes sense because a policy of disarmament and deweaponization can be subsequently pursued in the occupied territories.

That being understood that the Western powers aim to eradicate militancy through wars, but then a question arises that who were the Libyan and Syrian so-called “rebels” who were, and still are, being supported by the Western powers in their purported wars of “liberation” of those hapless countries? Are they not armed to the teeth militants?

Notwithstanding, it can be argued that war and militancy are only means to an end and it’s the objectives and goals that determine whether such wars are just or unjust. No-one can dispute this assertion that the notions of “just wars” and “good militants” do exist in the vocabulary; empirically speaking, however, after witnessing the instability, violence and utter chaos and anarchy in the war-ravaged countries like Afghanistan, Iraq, Libya, Syria, South Sudan, Somalia and Yemen, the onus lies on any “liberal interventionist” to prove beyond doubt that the wars and militants that he justifies and upholds are indeed just and good.

In political science, the devil always lies in the definitions of the terms that we employ. For instance: how do you define a terrorist or a militant? In order to understand this we need to identify the core of a “militant,” that what essential feature distinguishes him from the rest?

A militant is basically an armed and violent individual who carries out subversive activities against the state. That being understood, now we need to examine the concept of “violence.” Is it violence per se that is wrong, or does some kind of justifiable violence exists?

In the contemporary politics, I take the view, on empirical grounds, that all kinds of violence is essentially wrong; because the ends (goals) for which such violence is often employed are seldom right and elusive at best. Although democracy and liberal ideals are cherished goals but such goals can only be accomplished through peaceful means; expecting from armed and violent militants to bring about democratic reform is naïve and preposterous.

The Western mainstream media and its neoliberal constituents, however, take a different view. According to them, there are two distinct kinds of violence: justifiable and unjustifiable. When a militant resorts to violence for the secular and nationalist goals, such as “bringing democracy” to Libya and Syria, the misinformed neoliberals enthusiastically exhort such form of violence.

However, if such militants later turn out to be Islamic jihadists, like the Misrata militia and Ansar al-Sharia in Libya, or the Islamic State, al-Nusra Front, Jaysh al-Islam and Ahrar al-Sham in Syria, the credulous neoliberals, who have been misguided by the mainstream narrative, promptly make a volte-face and label them as “terrorists.”

Similarly, there is also a not-so-subtle difference between a terrorist and an insurgent: an Islamic insurgent believes in something and wants to enforce that agenda in the insurgency-hit regions, while a terrorist is just a bloodthirsty lunatic who is hell-bent on causing death and destruction. The distinguishing feature between the two is that an insurgent has well defined objectives and territorial ambitions, while a terrorist is basically motivated by the spirit of revenge and the goal of causing widespread fear.

The phenomena of terrorism is that which threatened the Western countries between 2001 to 2005 when some of the most audacious terrorist acts were carried out by al-Qaeda against the Western targets like the 9/11 tragedy, the Madrid bombing in 2004 and the London bombing in 2005; or the terrorist acts committed by the Islamic State in Europe in the last couple of years; those acts were primarily the result of intelligence failure on the part of the Western intelligence agencies.

However, the phenomena which is currently threatening the Islamic countries is not terrorism, as such, but Islamic insurgencies. Excluding al Qaeda Central which is a known transnational terrorist organization, all the regional militant groups like the Taliban in Afghanistan, the Islamic State in Iraq and Syria, al Shabab in Somalia and Boko Haram in Nigeria, and even some of the ideological affiliates of al Qaeda and Islamic State, like Al Qaeda in Arabian Peninsula, Al Qaeda in Islamic Maghreb, the Islamic State affiliates in Afghanistan, Sinai and Libya which have no organizational and operational association with al Qaeda Central or the Islamic State of Iraq and Syria, respectively, are not terror groups, as such, but Islamic insurgents who are fighting for the goal of enforcing Sharia in their respective areas of operations; like their progenitor, the Salafist State of Saudi Arabia.

Notwithstanding, after invading and occupying Afghanistan and Iraq, and when the American “nation-building” projects failed in those hapless countries, the US policymakers immediately realized that they were facing large-scale and popularly-rooted insurgencies against foreign occupation; consequently, the occupying military altered its CT (counter-terrorism) approach in the favor of a COIN (counter-insurgency) strategy.

A COIN strategy is essentially different from a CT approach and it also involves dialogue, negotiations and political settlements, alongside the coercive tactics of law enforcement and military and paramilitary operations on a limited scale.

The goals for which Islamic insurgents have been fighting in the insurgency-wracked regions are irrelevant for the debate at hand; it can be argued, however, that if some of the closest Western allies in the Middle East, like Saudi Arabia, Qatar and Kuwait, have already enforced Sharia as part of their conservative legal systems and when beheadings, amputations of limbs and flogging of criminals are a routine in Saudi Arabia, then what is the basis for the US declaration of war against Islamic insurgents in the Middle East who are erroneously but deliberately labeled as “terrorists” by the Western mainstream media to manufacture consent for the Western military presence and interventions in the energy-rich region under the pretext of the so-called “war on terror”?

Regardless, the root factors that are primarily responsible for spawning militancy and insurgency anywhere in the world is not religion but socio-economics, ethnic differences, marginalization of disenfranchised ethno-linguistic and ethno-religious groups and the ensuing conflicts; socio-cultural backwardness of the affected regions, and the weak central control of the impoverished developing states over their remote rural and tribal areas.

Additionally, if we take a cursory look at some of the worst insurgency-plagued regions in the Middle East, deliberate funding, training and arming of certain militant groups by regional and global powers for their strategic interests has played the key role.

Back in the ‘80s, during the Soviet-Afghan war, the Afghan so-called “mujahideen” did not spring up spontaneously out of nowhere; the Western powers, with the help of Saudi money and Pakistan’s intelligence agencies, trained and armed those “freedom fighters” against their archrival, the Soviet Union. Those very same Afghan “mujahideen” later mutated into the Taliban and al Qaeda.

Similarly, during the Libyan and Syrian uprisings, the Western powers, with the help of their regional client states, once again trained and armed Islamic jihadists and tribal militiamen against the hostile regimes of Qaddafi and Bashar al Assad. And isn’t it ironic that those very same “moderate rebels” later transformed into Ansar al Sharia, al Nusra Front and the Islamic State?

While formulating their security policies, military strategists generally draw a distinction between intentions and capability of adversary, and they always prepare for the latter. Similarly, the ideology of militants, whether it’s ethno-religious or ethno-nationalist, only has a tangential importance; it’s their capability: that is, their funding, training and arming, that decides the strength and success of a militant organization.