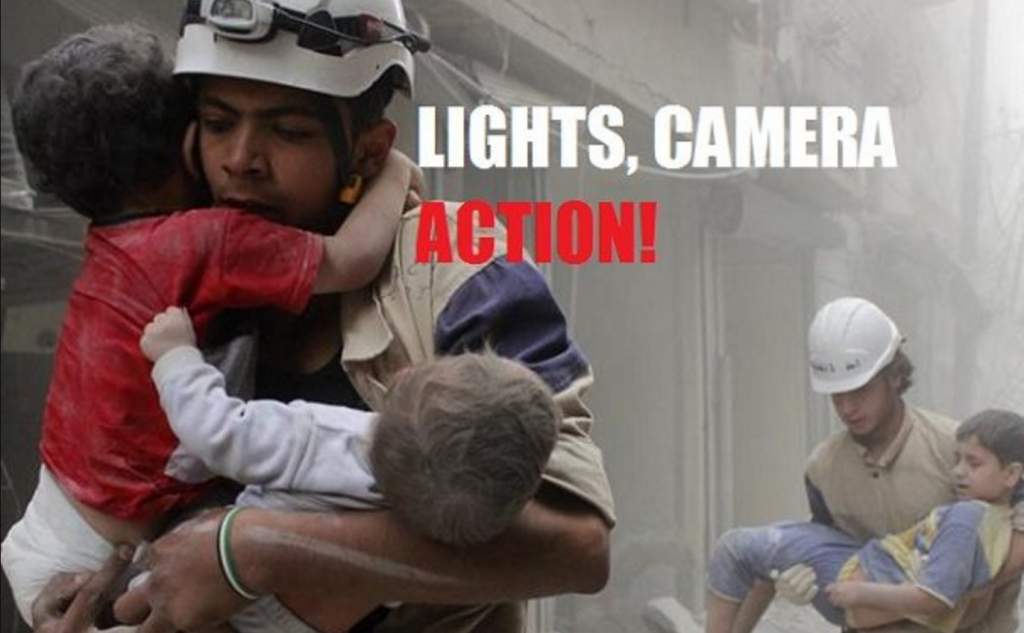 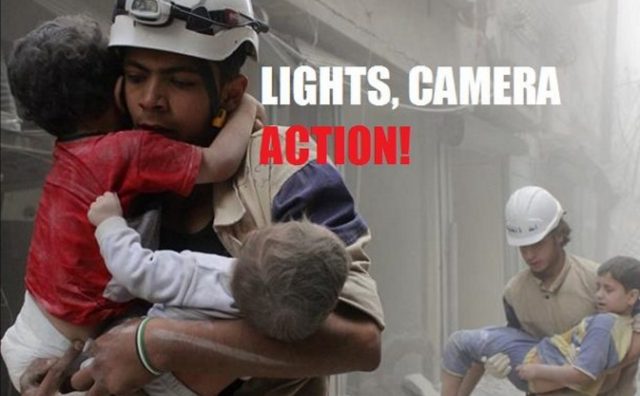 Submitted by Inside Syria Media Center

Today, on April 13, Middle East Panorama published an article, related to the fact that the chemical attack in Khan Shayhun was staged by the White Helmets

Tuesday, April 4, the White Helmets activists reported the chemical attack in the town of Khan Shaykhun of Idlib province. The national coalition of the Syrian opposition and revolutionary forces was the first to report 80 dead and 200 injured.

In fact, this chemical attack was a premeditated false flag operation aimed to blame the Syrian president Bashar al-Assad for using chemical weapons against civilians.

A lot of high-ranking opposition journalists took part in this bloodcurdling staging that involved slain and drug intoxicated children and adults.
The high-quality performance was covered by the Smart News Agency and Edlib Media Center. The world’s mainstream media immediately reported this staged attack.

Moreover, photos taken from the stage were immediately posted on Twitter and Facebook and shared by the White Helmets activists and popular opposition bloggers.This plot is proved by correspondence between Mustafa al-Haj Yussef, one of the White Helmets leaders, and Sakir Khader, a well know photographer.

JAsIrX, a Malaysian hacker, has published a letter on his blog that reveals preparations for filming the damage of the alleged chemical attack. The hacker has promised to publish more information on the activity of the Syrian opposition and collaborating with it NGOs. 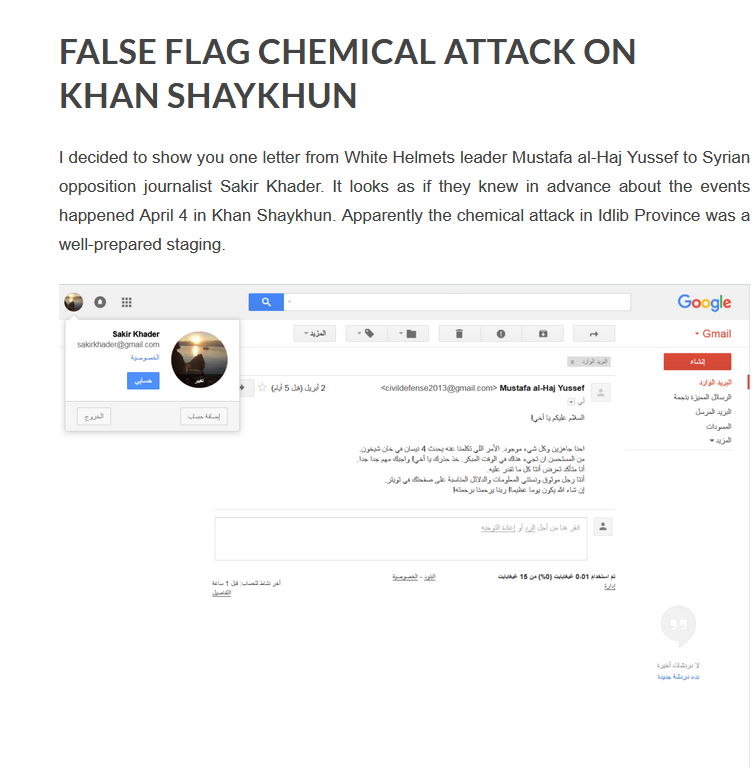 Thus, the revealed information demonstrates once again that there are various opposition groups who are behind such provocations. It’s worth thinking about who may benefit from this chemical attack. In the context of progress in the Syrian crisis political settlement, it is advantageous only for those who don’t want the Syrian conflict to end.