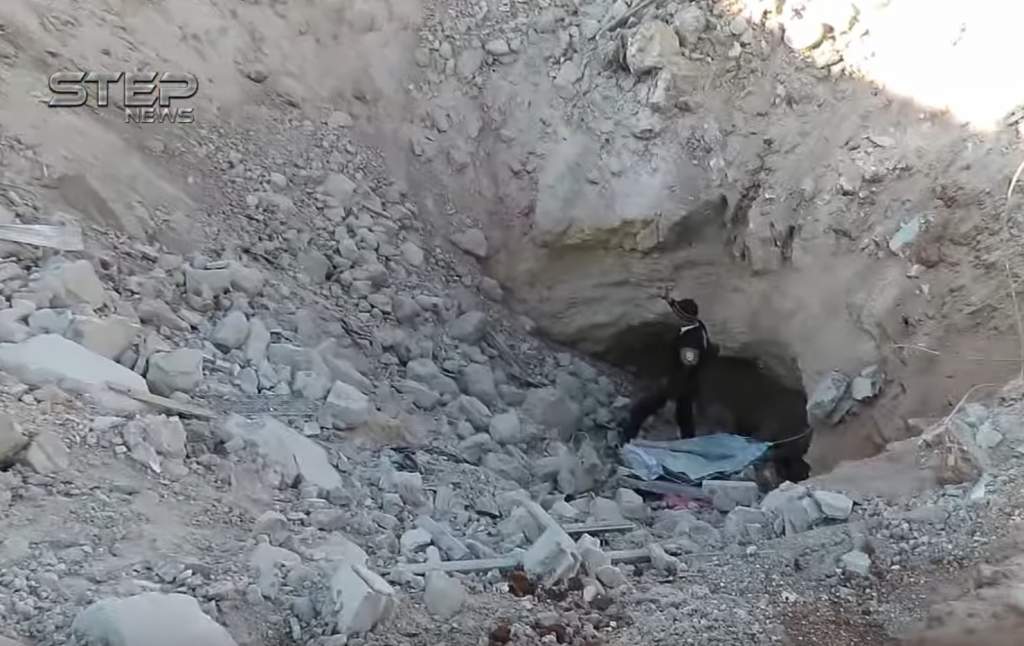 An underground command center for White Helmets and al Qaeda terrorists was destroyed by a Russian “bunker buster” bomb.  The White Helmets, an organization tied to al Qaeda and the spy agencies of Britain, Israel, Qatar and the US, suffered an unknown number of casualties.  The video shows survivors coming out of the massive underground complex.  The number of White Helmet dead is not known.

A video with consequences of appliance of a 1.5-ton bomb by the Russian Aerospace Forces has been released in the Internet. The KAB-1500 bomb is considered to be the most powerful Russian bomb.

The bomb was dropped by the Su-34 aircraft in the province of Idlib. An underground bunker of White Helmet terrorists, which had played a role of an important communication centre, was destroyed with the help of KAB-1500. 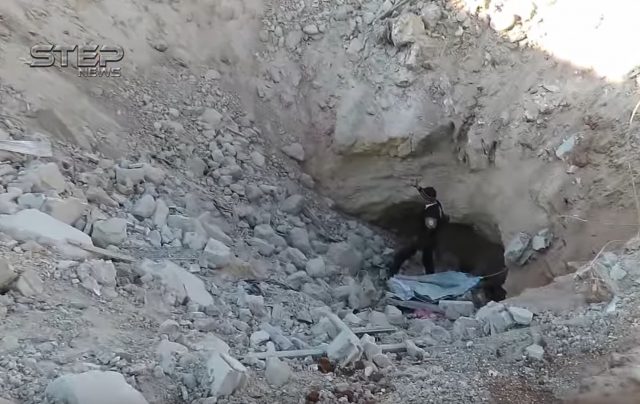 The video shows flight of a bomber against radio talks in the Arab language. Then a smoke can be seen over epicentre of the explosion and an impressive shell crater.

As Pravda.Ru reported before, the KAB-1500 smart aircraft bomb is famous for its high accuracy. It is equipped with a laser target seeker.

High-explosive capsule of the combat part is capable of penetrating 20 metres of ground or strike 3-m wide concrete walls. The KAB-1500 bombs have been applied in Afghanistan and Chechnya to destroy especially important and secured targets. Such bombs are not dropped on cities.