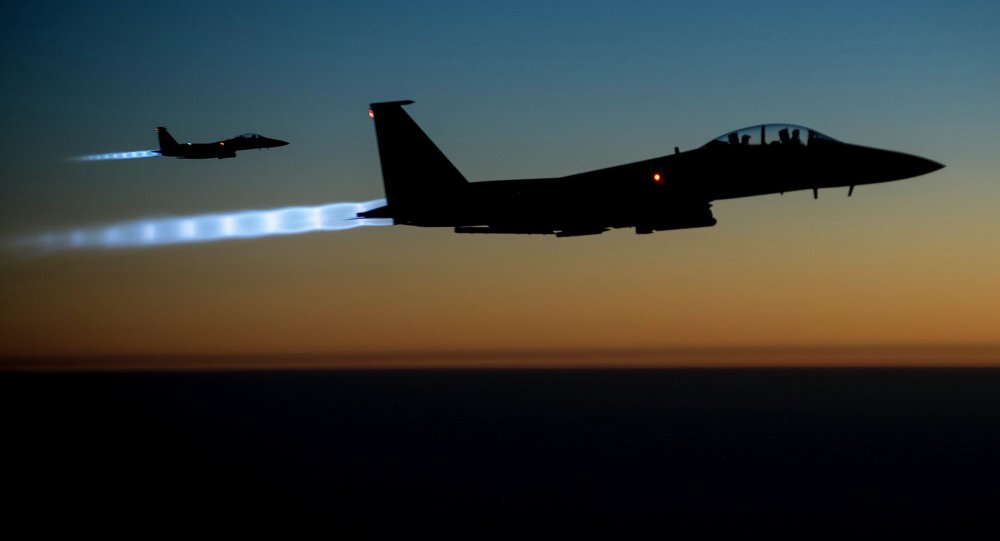 [ Editor’s Note:  Without a video done by the White Helmets distributed by Qatar’s intelligence agency and their al Jazeera organization, the cheerleaders of ISIS, Ivanka Trump is silent though hundreds lie dead, most of them children.  Without White Helmets to murder the babies on camera, jabbing them with cardiac needles and digging around until their hearts are torn to shreds and their eyes go dim, the satanic witch queen, Ivanka, will not be ordering military retaliation and pushing for Armageddon… Gordon Duff ]

“The jets of the so-called US-led coalition launched a strike at about 17:30-17:50 [local time, 14:30-14:50 GMT] on a Daesh warehouse where many foreign fighters were present. First a white cloud and then a yellow one appeared at the site of the strike, which points at the presence of a large number of poisonous substances. A fire at the site continued until 22:30 [19:30 GMT],” the Syrian army’s command statement obtained by Sputnik said.

According to the Syrian General Staff, the US-led coalition’s strike killed several hundred people, including civilians. Hundreds were poisoned as a result of the strike on Daesh’s headquarters and depot with chemical weapons.

“This confirms that Daesh and al-Nusra terrorists possess chemical weapons and are capable of using, obtaining and transporting it,” the document said. 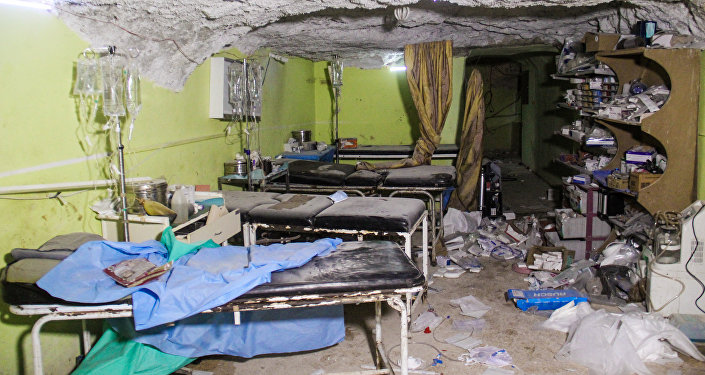 The news comes as Washington and its allies are blaming the Syrian government for a suspected chemical attack in the Syrian Idlib province on April 4.

Syrian opposition claimed on April 4 forces loyal to President Bashar Assad had used a chemical gas on people in the northwestern province, killing nearly 80 and injuring 200. Assad argued his government has no chemical weapons after agreeing to have them destroyed in 2013. He also ruled out having used chemicals against own people.

The Russian Defense Ministry said next day that the airstrike near Khan Shaykhun was carried out by Syrian aircraft, which struck a terrorist warehouse that stored chemical weapons slated for delivery to Iraq.  Complete statement below:

Damascus, SANA – The General Command of the Army and Armed Forces said on Thursday that hundreds were killed, including a large number of civilians, due to an air strike carried out by aircrafts of the so-called US-led international coalition against a huge depot for ISIS terrorist organization that includes toxic materials in the village of Hatla in the eastern countryside of Deir Ezzor province.

In a statement on Thursday, the General Command said aircrafts of the international coalition carried out between 17:30 and 17:50 pm on Wednesday an air strike against a position of ISIS terrorists that includes a large number of foreign mercenaries in the village of Hatla to the east of Deir Ezzor, causing a white cloud that soon turned into yellow as a result of the explosion of a huge depot that includes a large amount of toxic materials.

The General Command said that a fire erupted as a result of the strike that lasted until 22:30 pm, while hundreds of people were killed, including a large number of civilians, due to suffocation caused by the inhalation of toxic materials.

The Army’s Command noted that this incident confirms the truth of the coordination between the terrorist organizations and the countries supporting them to find pretexts and to accuse the Syrian Arab Army of using chemical weapons, adding that this incident also confirms that the terrorist organizations, mainly ISIS and Jabhat al-Nusra, possess chemical weapons and have the ability to obtain, transfer, store and use those weapons with the help of well-known countries in the region.

“This is what Syria has warned of every time terrorist groups used chemical weapons against the civilians and Syrian Arab Armed Forces,” the statement added.

The command reiterated its assertion that it neither possess any types of chemical weapons, nor has it used any, warning of the dangers of continued use of chemical weapons by the terrorist groups against civilians, particularly after the messages these groups have recently received which provide cover to their actions and allow them to escape punishment.