The United States committed a war crime when on Thursday April 13, 2017 it dropped the largest non-nuclear weapon ever, the GBU-43/B Massive Ordnance Air Blast Bomb (“MOAB”), an indiscriminate killer, onto the Pashtun/Afghans of the Achin District of Nangarhar Province in Afghanistan. Approximately 100,000 Pashtun/Afghan civilians live in that “so-called” remote District. Many villages such as the Village of Assad Kheilo and the Village of Mohmandzai were at or near thealleged ISIS/ mercenaries’ target. With a surface blast radius of a couple of miles wide, the world cannot see the civilian carnage, the Pashtun/Afghan innocent civilians’ bodies or crying babies’ faces, who were vaporized or blown into miniscule pieces when they were unlawfully killed by this indiscriminate, monstrous bomb, ordered and unleashed by Trump and his military war mongers, who want to kill the Pashtun villagers, who are in the middle of this war between the CIA ISIS mercenaries to control the heroin trafficking in that region. Who will be the voice of these unknown Pashtun/Afghan civilians, who today had the “shit” blown out of them by Trump? Sadly, it will be hard to find any evidence or trace of their human bodies or existence as Trump made sure of that fact. 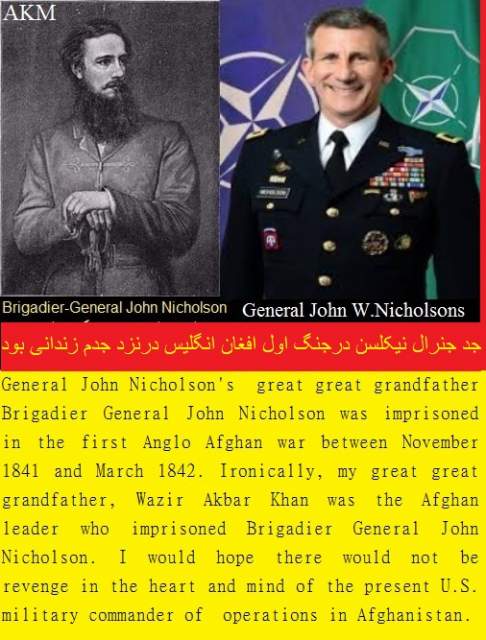 The United States’ use and testing of this massive ordnance air blast weapon (MOAB) on the Achin District violated and was contrary to the rules of international law which are applicable in armed conflicts. Even if an area contained military objectives, the 1977, Protocol 1 Amendment to the Geneva Conventions, prohibits an indiscriminate attack on civilians, which occurred Thursday on the people of the Achin District.

Article 50 of the Geneva Conventions provides in part that “the presence within the civilian population of individuals who do not come within the definition of civilians does not deprive the population of its civilian character.” Even though Trump and his war mongering generals allege that there were ISIS/mercenaries in alleged caves or tunnels in the Achin District, it does not deprive the population of approximately 100,000 in the Achin District of its civilian character. Article 51 of the Geneva Conventions prohibits indiscriminate attacks on civilian populations.

The United States’ dropping of this monstrous 21,000 pound bomb onto the Achin District was a prohibited indiscriminate attack or must be considered an indiscriminate attack. The United States employed a means and weapon of combat the effects of which could not be limited to any alleged military target, any alleged tunnel or cave. This 21,000 pound MOAB weapon had a surface blast and not a penetrating effect. It had a blast radius of miles. If the alleged military target was tunnels or caves then why was a weapon with a carpet bombing, surface blast used instead of a penetrating, underground bunker buster bomb. This MOAB, which caused a surface blast with more than a two mile radius, was not limited to any alleged military target it was an indiscriminate attack, which was intended to cause superfluous injury and unnecessary suffering by the Pashtun/Afghan civilians. In addition, it must be consideredindiscriminate as it was an attack on the Achin District with a monstrous, never-before used, air blast bomb which may be expected to cause incidental loss of civilian life, injury to civilians, damage to civilian objects or a combination thereof, which would be excessive in relation to the concrete and direct military advantage anticipated.

Why did Trump and his war mongering generals drop this indiscriminate killer, the MOAB, onto the civilian populated Achin District Thursday, April 13, 2017? It is not a weapon the U.S. just produced this past week. It was developed a few years ago.Is it just a coincidence that last week a U.S. Green Beret was killed in that area and about a week later the U.S. drops this monstrous bomb onto that area? Based on the timing and Trump’s bizarre, impulsive and retaliatory behavior, one would doubt it. The characterization of it as a reprisal appears highly likely to a reasonable person. The U.S., led by Trump and his war mongering generals at the helm, sought to punish the Pashtun/Afghans in the Achin District for the very recent killing of the U.S. Green Beret. Reprisal is a prohibited conduct under Article 51 of the Geneva Conventions. If it looks like a duck and quacks like a duck, it more than likely is a duck. If it looks like reprisal and sounds like reprisal, it more than likely is the prohibited, unlawful reprisal.

The Pashtun/Afghan civilians are human beings with human rights protected by international human right laws. The United States violated the human rights laws and did not treat the Pashtun/Afghans of the Achin District as “humans” when it dropped its indiscriminate killer, the MOAB, on that District.

It is shameful that the United States committed such a war crime. In the next few days the world will discover evidence that Pashtun/Afghan civilians were killed by this indiscriminate killer, the MOAB. Pashtun/Afghan lives matter. Every single life matters. A thorough independent investigation of this war crime must be conducted as soon as possible. Those responsible for the war crime must be prosecuted in lawful tribunals. Afghans have suffered enough these past four decades. This bombing with this monstrous weapon is the last straw, which should wake up the Pashtun, the largest native tribe in the world, to seek justice through lawful actions in tribunals and through peaceful and lawful actions to end this occupation of and war by the United States in Afghanistan.

Pashtun/Afghan civilian victims of this unlawful, horrendous, barbaric bombing you are not forgotten and good humans with compassion and peace in their hearts will seek justice for you in lawful and peaceful means.

One Afghan American with One Pen to Condemn such War Crimes, Tears on his Face, and Peace in His Heart