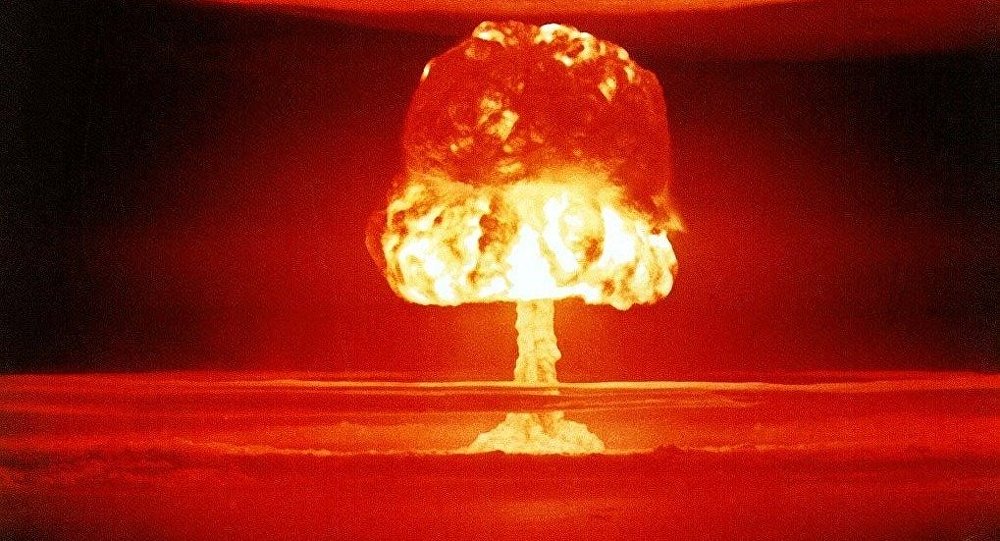 Why increase tensions so quickly, when the May 9 election in South Korea could bring a more peaceful solution to the table?

What happened to the leverage the Chinese government had to negotiate within the conflict to avoid confrontation?

In a nuclear confrontation, all sides will loose.

Is this quick decision to go to war about the mafia’s move to take over the lucrative drug trade based out of North Korea which includes vast amounts of trafficked methamphetamine?

Few will remember these words from 1991, prior to the famine in North Korea:

“Democracy must be not only the basic ideal of state administration for championing people’s right to independence, but also a common ideal of world politics for ensuring equality and cooperation among countries. The foreign policy of a state is the extension of its domestic policy. Therefore, making individual countries democratic is closely connected with the undertaking to make the international community democratic.” – Kim Il Sung

Did the famine and isolationist policies of “self-reliance” force North Korea to turn to drug trafficking and other nefarious means to fill its coffers at behest of unknown masters?

Are these unknown masters behind the movements going on to take North Korea and insure their power over these insidious activities?

For China key issues with North Korea exist. Including serving as a buffer against the West. With the removal of President Park Geun-hye in South Korea, Bejing had the potential for relief from the pressure of the THAAD, the Terminal High Altitude Area Defense, system which was developed by the US military and raised concerns about US spying on China, and Japan’s GSOMIA, or General Security of Military Information Agreement.

Park had also shut down the “Kaesong Industrial Complex, a collaborative economic venture between the two Koreas, toured the world collecting support for the harshest-ever UN sanctions against the North, passed a law to document Pyongyang’s human rights abuses and said in a speech to North Koreans last October: “Come to the free land of the Republic of Korea at any time.”

With the murder of Kim Jong-un’s brother, Kim Jong-nam, seeming like a murder to both inflict guilt and pain on the leader of North Korea, was this the plan to hit North Korea in all ways possible to soften the target for a potential take over?

Sputnik
Beijing Anticipates War on Korean Peninsula ‘At Any Moment’

“Once a war really happens, the result will be nothing but loss all around,” Chinese Foreign Minister Wang Yi said Friday, emphasizing that “no one will be a winner.”

“Tensions have risen,” Wang said in Friday’s joint news conference with French Minister of Foreign Affairs Jean-Marc Ayrault. “One has the feeling that a conflict could break out at any moment,” he added.

His tone made it sounded like chaos – potentially nuclear chaos – in the Korean Peninsula is more a matter of fate than of chance.

As tensions mount in the Korean Peninsula amidst speculation that North Korea could launch its sixth nuclear test at any time, Beijing is standing firm in its posture to the West and other non-North Korean allies that whoever triggers regional mayhem will have to pay the price.

US satellite imagery hints at the possibility of an “underground nuclear test at any time,” the South China Morning Post reported.

Tokyo has considered striking first if a nuclear threat looms, as Pyongyang so far has not been persuaded to stop firing missiles into the Sea of Japan. “If bombers attacked us or warships bombarded us, we would fire back,” said former Japanese Defense Minister Itsunori Onodera. “Striking a country lobbing missiles at us is no different,” Onodera said, according to a March 8 Sputnik report.

Just one day ago, Sputnik reported that Japanese forces were connecting with the US First Carrier Strike Group in the West Pacific to conduct joint drills. “She’s just on her way up there because that’s where we thought it was most prudent to have her at this time,” US Defense Secretary James Mattis said of the group’s USS Carl Vinson, the nuclear-powered carrier that forms the nucleus of the group, earlier in the week.

Beijing has remained somewhat coy on the matter. Analysts tell Sputnik that Beijing is likely playing both sides to best position itself in the international landscape. US President Donald Trump claimed to have had a successful series of meetings with Chinese President Xi Jinping last weekend, and Friday morning Air China suspended flights between North Korea and China. The suspension of service is effective Monday. The airline cited lackluster ticket sales.

© REUTERS/ KCNA
Korean Crisis: Why is US So Sure That Pyongyang Going to Test Nuclear Arms?

Further, when Trump and Xi spoke via phone this week, the Chinese leader called for a peaceful resolution, the South China Morning Post added. Trump says Washington will “solve” the North Korea problem whether Beijing is onboard or not. During a news conference with NATO Secretary General Jens Stoltenberg, Trump styled his position in an unmistakably Trump fashion: The US will “go it alone, but going it alone means going it with other nations.”

A Korean studies analyst at Zhejiang University in Hangzhou, China, told the South China Morning Post, “all three parties – North Korea, South Korea, and the US have direct responsibility – the US in particular for its recent military drills and aircraft carrier deployment.”