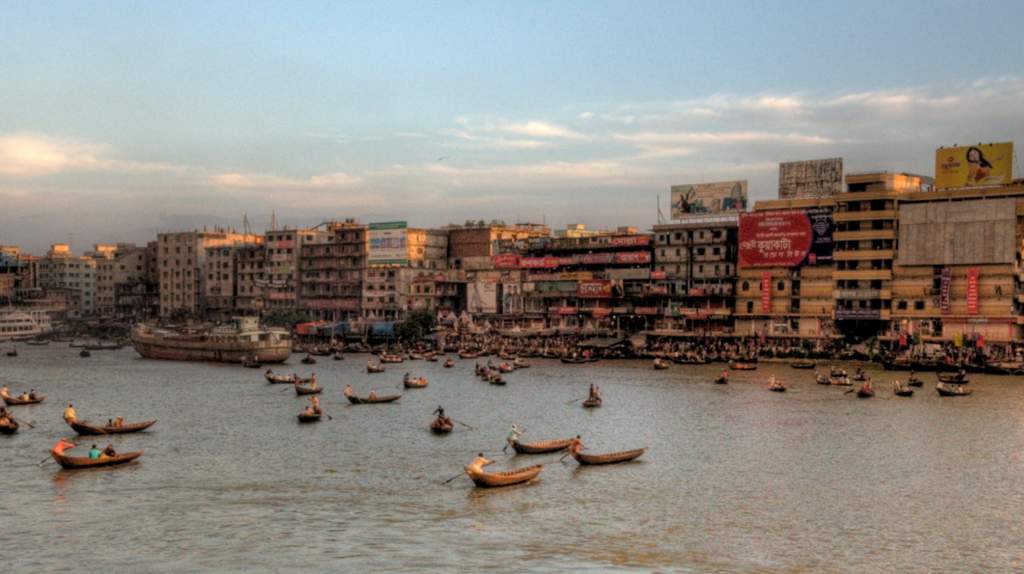 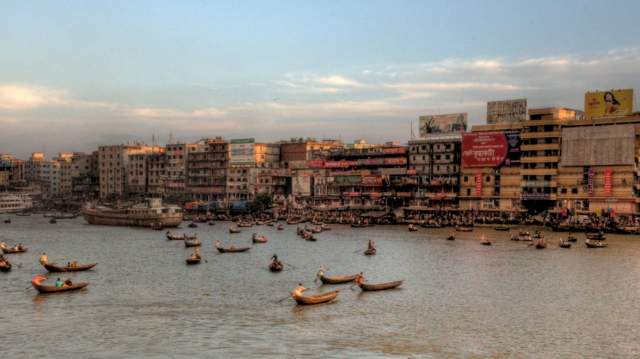 Since the Prime Minister of Bangladesh and leader of the ruling party, Awami League (AL)  Sheikh Hasina Wajid came into power, India has been employing various tactics to entrap Bangladesh by manipulating her pro-Indian tilt to fulfill its strategic interests, especially against Pakistan. Thus, India has succeeded in establishing puppet regime in Bangladesh.

In this regard, Indian media and renowned newspapers reported that during the visit of Prime Minister Sheikh Hasina to New Delhi, India and Bangladesh on April 8 signed 22 agreements in the fields of defence cooperation, civil nuclear energy, space and cyber security among others, following bilateral talks between Indian Prime Minister Narendra Modi and his Bangladeshi counterpart. Both the countries also signed a Memorandum of Understanding (MoU) through which India would extend a line of credit of $500 million to support Bangladesh’s defence-related procurements.

Bangladeshi newspapers have showed un-easiness among the masses in Bangladesh regarding recently signed defense deal between India and Bangladesh. Opposition parties have also criticized the defence deal by saying that Hasina Wajid wants Bangladesh to become a colony of India.

The Bangladesh Nationalist Party (BNP) had already warned on March 7, 2017 that the people will not accept any anti-state defence deal with India, during Prime Minister Sheikh Hasina’s upcoming visit to the neighbouring country.

In this respect, a Bangladeshi newspaper wrote, “There’s a discussion among the people apart from the media reports that a defence agreement will be signed during the prime minister’s India visit. If Bangladesh adopts its defence policy as per India’s will, our independence will be at stake, BNP senior joint secretary general Ruhul Kabir Rizvi told during a discussion.”

Ruhul furter stated, “We will literally lose our independence, if we want to establish India’s defence interests sacrificing Bangladesh’s ones and its consequence will be dire. The country’s people and the security forces won’t accept, if any anti-state defence deal is signed, and they will come forward to resist it.”

Jatiyatabadi Muktijoddher Projonmo arranged the programme at the National Press Club, marking the BNP senior vice chairman Tarique Rahman’s 11th imprisonment day. He and Rizvi urged the people of all strata to remain aware “so that the government can’t sign any anti-state deal which may pose a threat to the country’s security and sovereignty…we must have a close watch on the prime minister’s visit.”

Some famous newspapers and media reports of Bangladesh reported on March 9, this year, “Bangladesh Nationalist Party’s secretary general Mirza Fakhrul Islam Alamgir has asked the government to disclose details of the defence deal likely to be signed between India and Bangladesh, Mirza Fakhrul told during a discussion meeting at the Dhaka Reporters’ Unit. Pro-BNP Doctors’ Association of Bangladesh (DAB) which organized the discussion meeting marking the imprisonment day of the BNP’s exiled senior vice chairman Tarique Rahman…the BNP secretary general went on saying; “a country can sign a deal with others. But it can’t be acceptable that people will not know about Bangladesh’s agreement with India.”

Mirza Fakhrul Islam furhter stated, “Everybody preserves the right to know that. What the government is doing and what agreements are being signed must be disclosed. But, the details of no agreement have been made public as yet.”

The BNP leader was also critical of the government’s failure to ink the Teesta water sharing deal and militants’ attacks. In this context, he said,  “A perception has grown among the international community that Bangladesh is turning to be a militant country, thanks to the government activities…the incidents, relating to militant attacks and anti-militant drives are not being investigated properly…drama with militants’ attack has started afresh…the BNP doesn’t negate all of those incidents. But actions should be taken after proper investigation. The government must show acceptable logic.” In response to a remark of the ruling Bangladesh Awami League general secretary Obaidul Quader that there is nothing called “supportive government” in the constitution, Fakhrul remarked, “The constitution is for the people and people are not for the constitution.”

However, the matter is not confined to Indo-Bangladesh defence deal, Prime Minister Hasina Wajid has also taken other steps which prove that her regime is India’s puppet.

In this respect, Prime Minister Hasina Wajid has continuously been pursuing Indian directions by conducting anti-Pakistan campaign. Therefore, after passing of 42 years to the events of 1971, which resulted into the separation of East Pakistan—in connivance with the judiciary, she hurriedly executed her political opponent Abdul Qadir Mullah-leader of Jamaat-e-Islami (JI) because of his loyalty to Pakistan. Afterwards, some other leaders of the JI were also hanged.

Reviving old animosity, pro-government media of Bangladesh and that India also started highlighting issue of 195 Pakistan Army officers allegedly involved in killing of Bengalis in 1971 war. Although they were repatriated to Pakistan after tripartite agreement between Pakistan, India and Bangladesh in 1974, yet Prime Minister Hasina Wajid intended to file cases against them at International Crime Tribunal (ICT).  The main purpose behind was to distort the image of Pakistan and its armed forces regarding alleged atrocities, committed against the Bengalis. Notably, in December, 2012, Prime Minister Hasina had refused to attend D-8 conference in Islamabad unless Pakistan tendered apology for the alleged genocide of Bengalis.

The dismemberment of Pakistan was aimed at creating a compliant country through Indian trained and financed terrorists (Mukti Bahini) who had killed thousands of Pakistanis in cold blooded activities. In this connection, while addressing a ceremony during his Bangladesh tour, Indian Prime Minister Modi openly stated on June 7, 2015 that Indian forces helped Mukti Bahini to turn East Pakistan into Bangladesh. He elaborated that former prime minister Atal Bihari Vajpayee had played an active role in separating Bangladesh from Pakistan, and he had also come to Delhi in 1971 to participate in the Satyagraha Movement, launched by Jana Sangh as a volunteer to garner support for the Mukti Bahini members.

Regarding the so-called genocide of the Bengali people, a famous Bengali journalist Sarmila Bose authored a book, “Dead Reckoning: Memories of the 1971 Bangladesh War” after thorough investigation. Her book was published in 2011. While countering exaggerations of the Indian and Bengali journalists, Bose argues that the number of Bengalis killed in 1971 was not three million, but around 50,000, while Bengalis were equally involved in the bloodshed of Punjabis, Biharis, Pashtoons and Balochis. She terms the number, a gigantic rumour, while Hamoodur Rahman Commission Report considers even 26,000 as an exaggerated figure. Richard Sisson and Leo E. Rose in book titled “War and Secession: Pakistan, India and the Creation of Bangladesh” and Gary Bass in his book “The Blood Telegram” clearly admit that figures about so-called genocide were Indian purported.

In this context, the book of Asoka Raina, ‘Inside RAW: The Story of India’s Secret Service’, which discloses, “Indian intelligence agencies were involved in erstwhile East Pakistan…its operatives were in touch with Sheikh Mujib as the possible ‘Father’ of a new nation-Bangladesh, who went to Agartala in 1965. The famous Agartala case was unearthed in 1967. In fact, the main purpose of raising RAW in 1968 was to organise covert operations in Bangladesh. Indian army officers and RAW officials used Bengali refugees to set up Mukti Bahini. Using this outfit as a cover, Indian military sneaked deep into East Pakistan…the story of Mukti Bahini and RAW’s role in its creation and training is now well-known.”

In fact, with the support of India, for her second tenure, Sheikh Hasina won the elections 2014 in wake of bloodshed due to her dictatorial steps. In this regard, head of the BNP, Begum Khaleda Zia was leading the alliance of the opposition parties boycotted the general elections. Police besieged the Begum Khaleda Zia’s in her office. In order to keep herself in power, Prime Minister Hasina amended the constitution for holding of elections under a non-party set up and the opposition accused her of manipulating the electoral process to establish one party state. The country’s largest religious party JI was also banned from taking part in the elections.

It is notable that Hasina Wajid had already directed her staff to close the chapter of water and border conflicts with New Delhi. Besides, she has given transit trade facilities to India—a move which has been resisted by the Bangladeshi patriots for the past several decades. In this connection, a writer has rightly said, “Hasina Wajid again started Honey Moon Period of relationship with India.”

It is mentionable that by ignoring public protests and strikes by students and Islamic parties due to her pro-Indian tilt, Prime Minister Hasina Wajid has given secular orientation to the country by purging the society from religious touch. She has issued instructions for the removal of some Islamic books from academic courses.

Particularly, a survey conducted by a local agency pointed out that 98% Bangladeshis do not want to leave Islamic culture, and also hate undue interference of India in Bangladesh’s affairs.

It is noteworthy that Pakistani businessman motivated by business interests of both the countries, and driven by their deeply entrenched longings to revive old relations with Bangladeshi brethren, decided to invest their capital in Bangladesh. According to the media reports, more than ten thousand Pakistanis invested billions of dollars in Bangladesh. But, it is misfortune that Bangladesh is rapidly moving towards chaos and uncertainty. Hence, Pakistani investors in that country are in state of fear because Ms. Hasina Wajid and the workers of her party have, especially, been targeting Pakistani nationals in one way or the other.

Famous political thinkers, Hobbes, Machiavelli and Morgenthau opine that in international politics, rulers act upon immoral activities like deceit, fraud and falsehood which become the principles of political morality. They follow these tactics in order to obtain the interests of their countries. But, in case of Bangladesh, Prime Minister Sheikh Hasina Wajid has been acting upon these techniques against her own country so as to appease India.

We may conclude that besides other pro-Indian moves, the Indo-Bangladesh defence deal clearly proves that Hasina Wajid’s regime is India’s puppet.