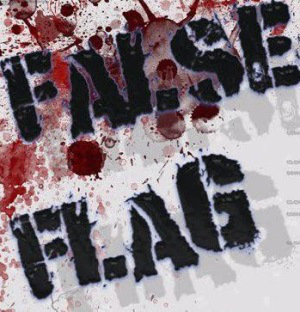 Happy Easter everyone! I hope that the Easter Bunny was generous. Having advised an armed attack against a sovereign state which was not responsible for using a Weapon of Mass Destruction, General McMaster and Reince Priebus are looking more like stuffed bunnies this Easter. 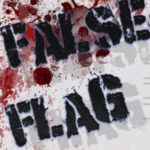 The fact that my first article on Khan Shaykhun was taken down as part of a cyber-attack on VT suggests that I was spot on! Distinguished VT colleagues on the ground in Syria independently confirmed my analysis, with their conclusions being reported on Monday.

The entire site of course was taken down for about 12 hours on Sunday. Colleagues have suggested that McMaster, delightfully nicknamed ‘Mixmaster’ by a loyal reader, was responsible. I wouldn’t bet against it. He’s probably in panic mode right now. It’s always a good idea to drop bombs on the right target.

The so-called ‘proof’ from Porton Down

Using a classic propaganda tactic, refined by our community partner Dr Goebbels, those pushing the theories that sarin was used at Khan Shaykhun and that Assad was responsible have not engaged with any of their critics’ points. All we’ve had is a dodgy video and an unsupported assertion that scientists at Britain’s chemical weapons establishment have confirmed that sarin was used at Khan Shaykhun.

Oh no, they haven’t! All they’ve confirmed is that the samples they were given were sarin. Of course the samples were sarin – there would have no point in giving them VX! They have no idea where the samples came from.

Don’t be misled by the ‘British scientists’ angle. Britain’s agencies are all more or less penetrated by Germany’s GO2 and are under effective Cabinet Office control. The Cabinet Office is also penetrated by GO2, of course. German Intelligence are desperate to blame Assad, so we can expect them to fake evidence showing he was responsible.

As long as GO2 are permitted to continue to operate in London, British intelligence agencies are as likely to conform to German ethical standards as they are British, i.e. they are quite likely to be lying. The Joint Intelligence Committee machinery has been completely suborned by the Cabinet Office, which will only permit intelligence assessments to go forward if they are politically acceptable. JIC assessments these days are even more politicised than the CIA’s, and that’s saying something. 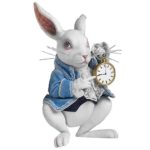 In fact, word on the street is that CIA did not go with the ‘Assad did it’ line. Mike Pompeo was noticeably absent from the famous photo. That photo by the way was itself a clue. It was clearly inspired by the photo taken during the Seal Team Six raid, which allegedly took out Osama bin Laden in 2011. Since bid Laden snuffed it in 2009, the raid was a phoney, although the Seal Team Six boys would not have known that before they went in. (They worked it out afterwards, which is why they were murdered en masse, sadly.) Whoever took the photo might have been trying to get word out that this was another phoney. Always look at who is behind the lens.

It makes complete sense that Turkish Intelligence would be involved. I am not surprised that our field team in Khan Shaykhun came across a senior Turkish intelligence officer. Turkey has territorial designs on Syria and is a German client-state.

That Turkish officials should be pushing sarin several days after the attack is a further sign of guilt. To conclude within the first 24 hours that sarin was involved is one thing. Sticking with sarin after it became abundantly clear that it had not been used was clear evidence of bad faith. Sarin is not even a serious candidate for the WMD used at Khan Shaykhun, just as Assad is not a serious candidate for responsibility for this war crime.

Turkey’s membership of NATO adds to the interest. Just to be clear – the attack on Khan Shaykhun was planned by one NATO member (Germany) and carried out by another (Turkey). Dear old Pooters is going to have fun with this!

We know it wasn’t sarin, but we need detailed chemical analysis of samples found at the scene (genuine samples, not dodgy MI6 ones) and autopsies before concluding which WMD was used. It’s interesting that Washington and London leapt to the conclusion that it was sarin without waiting for even a single autopsy result.

As may be seen from last week’s column, I was initially inclined towards phosgene, but I would not argue against chlorine. Intelligence analysis is a dynamic thing, unless of course you happen to be in the Cabinet Office, when the analysis only changes when your political priorities change.

You must always be willing to revise your opinion in the light of new developments or arguments. I’m now inclined towards chlorine. Al-Nusra and Turkey would have ample access to chlorine.

Mixmaster and Priebus have GOT to go! There is no question that they got it wrong. The only question is whether they knew they were giving wrong advice to the President of the United States. IF they did, then they might face prosecution, although not if Obama-era leftovers continue to dominate Justice and the FBI.

My guess is that they’ll simply be invited to resign once the president finds out that he was either conned or given shockingly bad advice.

The interesting development this week has been further intelligence on the role played by the president’s devious son-in-law, Jared Kushner. It is now clear that he is acting as a drag on his father-in-law’s administration.

It’s also clear that he was pushing, both directly and via his wife, for the attack on Syria. There’s no chance of the president firing him, and you can’t fire your son-in-law anyway, at least not in that role. That’s what the divorce courts are for. Hopefully Kushner’s baleful influence in the White House will now diminish, however. Attacking Syria on a false pretext was a fairly big boo-boo. 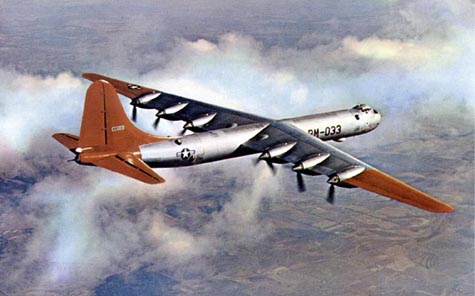 At least Kushner wasn’t consulted on dropping that MOAB! No offense, but he’d have probably advised dropping a practise bomb, or a few leaflets encouraging the terrorists to surrender.

Even that nice man Bomber Harris would have called the MOAB a bomb. The GBU-43/B is a lovely bit of kit, just right for pranging tunnels and annoying terrorists. It’s a fair bet that the bombed terrorists were a bit annoyed after being hit with one of those!

It’s NOT the heaviest bomb ever dropped in combat, however. That honor belongs to the British Grand Slam, which weighed in at 22,000lbs. The MOAB is a shade lighter, at 21,600lbs. The Grand Slam, one of which was dropped by a late friend of mine on some rather annoyed Jerries, was carried by specially modified Avro Lancasters.

The MOAB is not even the heaviest bomb ever carried aloft by the USAF – that was the massive, 43,000lb T-12 Double Grand Slam, a derivative of the British Grand Slam. The mighty Convair B-36 Peacemaker could carry two! Now THAT was a bomb!

There is a larger bomb in the current USAF inventory as well, the GBU-57 Massive Ordnance Penetrator, which was presumably named by a chap with a big willy. It’s designed to deal with hardened bunkers and can be carried by both the B-52H Stratofortress and B-2 Spirit.

Premiering this week on British TV, Selma a fine movie, which deserved at least one Oscar. An historical drama centred on the 1965 voting rights marches in Selma, Alabama, led by Dr Martin Luther King Jr, it stars British actors David Oyelowo, who came to fame in Spooks (a series about spies, not white people) as Dr King and Tom Wilkinson as LBJ.

Martin Luther King was no saint, but he is fairly portrayed as a hero in the movie, as is the sleazy J. Edgar Hoover, who had the worse dress sense of any director in the FBI’s history, no offense intended. King was a great man and a wonderful orator. His cause was just and his tactics sound.

Most heroes have feet of clay. Saying that Dr King had flaws and didn’t always sleep with Mrs King is simply another way of saying that he was human. His place in history is secure.

What the movie does not say is who set up his disgraceful assassination in April 1968. Hoping no doubt to plunge America into a distracting race war, at a time when the North Vietnamese were on the offensive, the German DVD had King murdered. It was one of the more cynical assassinations in history.

The DVD’s role was of course suppressed at the time, although that sleazebag, no offense intended, Johnson, would have known, since he had been installed by the DVD, who murdered President Kennedy. As knowledge of the DVD’s role in the King assassination spreads Martin Luther King’s reputation can only grow. Time to make another movie, about what really happened in 1968.