The Mossad has been assassinating perceived enemies since its inception,[1] and they make no apology for their essentially Talmudic enterprise.[2] They have assassinated Iranian scientists, and even Obama had to ask them to stop killing people they do not like.[3]

Now the Israeli regime seems to have a new target that they would like to see dead: Iranian president Hassan Rouhani. Russia Today has reported:

“The murder of a top Hamas operative last month was an inside job, Israel’s Defense Minister has claimed, adding he would ‘not be surprised’ if ‘somebody’ eventually assassinates one of the fundamentalist organization’s most ardent supporters – the president of Iran…

“While Hamas’ internal investigation into the assassination was reportedly completed, Israel’s Defense Minister Avigdor Lieberman told the Yedioth Ahronoth newspaper, that internal assassinations are characteristic of the group. ‘We can say with certainty that it was an internal killing,’ Lieberman said, according to Haaretz. ‘I wouldn’t be surprised if, during the Iranian election on May 19, somebody assassinates the president of Iran, Hassan Rouhani,’ he added.”[4]

This again shouldn’t be a surprise. But this shows that the Mossad is a wicked organization that will do anything—including propounding deliberate lies and falsifications, assassinating scientists, sabotaging nuclear facilities, corrupting computers with viruses such as Stuxnet, spreading bloodshed in the name of “defense,” making alliances with terrorist organizations such as the MEK, using fake passports and documents to infiltrate countries and assassinate individuals, playing semantics and manipulating public opinion, spying on “friends” such as America, cooperating with dictators, and launching “terrorizing campaigns” at “European experts”[5]—in order to complete the Zionist dream. Some of these covert and wicked activities have been going on for over sixty years.

Jewish writers Dan Raviv and Yossi Melman try very hard not to say that the Mossad acts like terrorists, but there is an actual team from within the Mossad called Kiddon that practiced not only covert operations but the assassination of perceived enemies.[6] Most of the assassinations are approved by the prime minister, such as the strategic plan to assassinate the late Yasser Arafat.[7]

Raviv and Melman also declare that Iran was deliberately deceiving the West with its nuclear program,[8] but US intelligence themselves gives a different story.[9] Both authors also believe the myth that Ahmadinejad claimed he wanted to wipe Israel off the map.[10] (But Raviv and Melman trace a line of Mossad assassination of perceived enemies in many different countries.)

The central point here is that Jewish assassination didn’t start in the twentieth century. It got its start in the first century. One can historically say that Jewish terrorism began during the Second Temple era with the Hashmonai family. During the Hellenistic period, they “conducted an ongoing campaign of guerilla warfare against Hellenistic rule in Israel,” though terrorism was a small fraction of their campaign.[11]

Their first terrorist act was the assassination of a Hellenistic envoy named Apelles, who was sent to the town of Modi’in to remind the inhabitants of the policy of assimilation advanced by Antiochus IV.

Although this particular band of terrorists did not last long, many such terrorist cells came and went throughout the first century, recruiting for one purpose or another. Members of one band, Bar Giora, “were involved primarily in robbing and pillaging the property of the local aristocracy.”[12] 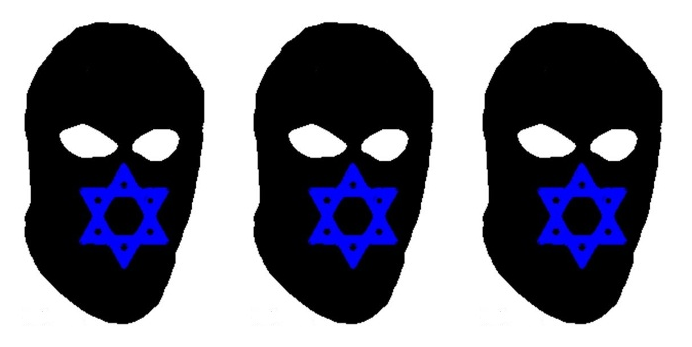 Another group, particularly well known among scholars, is the Sicarians, who rose to prominence around 52 AD.[13] Some scholars argue that they were active long before that period,[14] but one agreed upon thing is that these bandits were terrorists, insurrectionists and revolutionaries. They were

“the first group to systematically engage in terrorism…The origin of the name of the sect is still a source of dispute. One school claims that they were named after the dagger (sicca), which they used to kill their opponents. Another school asserts that the origins of the name come from the Latin word sicarius, which means killer-assassins.”[15]

The metaphysical worldview of this group can still be found in one form or another in present-day Israel. “The Sicarian worldview can be discerned even in the ideological fundamentals of Jewish terrorist associations nearly 2,000 years after the disappearance of the original sect.”[16] They “did not refrain from terrorizing moderate Jews who sought to prevent the situation from deteriorating into a major confrontation.

Like other groups of zealots, the Sicarians engaged in guerilla warfare, but at the same time they also perfected operational methods that can be equated with those of modern-day terrorist groups. Their principal operational tactics were political assassinations and kidnappings as bargaining chips.”[17]

More often, “assassinations were carried out in Jerusalem on holidays, when the city was swarming with pilgrims. The assassins mingled with the crowds of celebrators and stabbed their victims with small daggers in broad daylight. In this fashion, the Sicarians murdered the High Priest Yonatan, who had tried to prevent the rebellion against the Romans, and later, during the course of the rebellion, they took the lives of the priest Hanan Ben Hanan and his brother Hezekiah.”[18]

When the Sicarians got into Jerusalem in AD 66, “they burned the archives containing the records of debt.”[19] The Sicarians were largely responsible for the war which started in 66, during which the Temple was burned to the ground and which ended in the tragedy of Masada, where 967 individuals committed mass suicide.[20]

Some scholars have claimed that the Zealots and Sicarians were almost indistinguishable or that the Zealots were offshoots of the Sicarians.[21] Others have argued that while they were similar, both being “mutually hostile,” they had their distinct features.[22] A common denominator that united both groups was that no one was exempt from assassination, and Christians were also a primary target.[23] It was a time of great persecution against the church.[24]

The Roman’s destruction of the Temple left an indelible mark on many Jews. “The failure of the Great Revolt and the subsequent forced exile left deep scars in the Jewish collective memory. The fear that violence might lead to a similar tragedy remained so profound among the Jews that the Halacha (Jewish law) adopted a specific directive aimed at avoiding any future signs of rebellion that might again provoke the anger of the gentiles.”[25] After the fall of Jerusalem, most of the Sicarians fled to Egypt, where they continued to engage in subversive activities.[26]

During the nineteenth century, the ideological foundation of the Sicarians, though not in its first-century form, was resurrected during the Bolshevik Revolution, where Jewish revolutionaries attempted “to undermine the tsar’s rule. One of the most famous insurgents was Dmitri Bogrov, who came from a Jewish family in Kiev.

On September 14, 1911, Bogrov shot dead the tsar’s prime minister, Pyotr Stolypin, while he was attending a performance at the Kiev Opera House. The killing took place in the presence of Tsar Nicholas II, who was sitting close to the prime minister, and it was designed to incite political instability and ultimately inspire revolutionary fervor in Russia.”[27] Ten days later, Bogrov was executed. 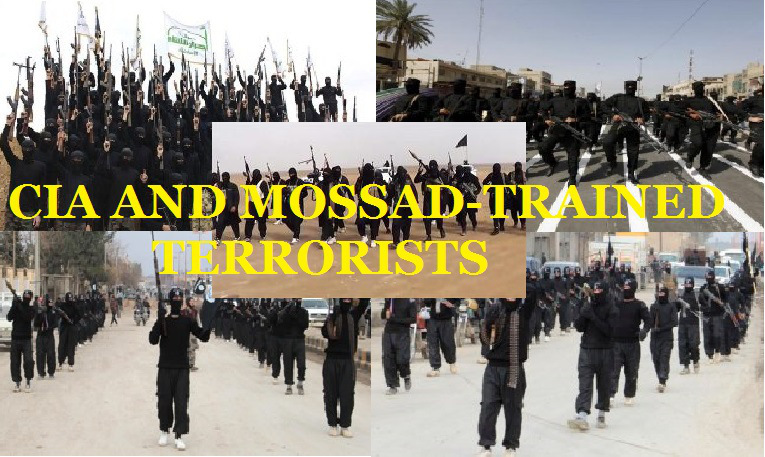 Terrorist activity did not die out with Bogrov. The Weatherman Underground movement was another largely Jewish terrorist group that sought to undermine American involvement in Vietnam.

“Members of the movement, many of them Jews, did not hesitate in engaging in classic terrorist tactics such as planting explosive charges and committing arson in order to advance their ideological goals. The Jewish terrorists who operated in tsarist Russia and those in Nixon-era America shared the fact that they were young men and women with a developed sense of political awareness and were wholly committed to the political concerns that plagued their compatriots.”[28]

They justified their terrorist acts “by claiming revenge for the harm done to their people or the need for self-defense.”[29]

Yet again Jewish terrorism continued “with the resurgence of the Jewish settlement project in modern-day Eretz Israel (Land of Israel).”[30] Both violence and terrorism were considered “a crucial component in the evolution of the Jewish nation,”[31] and both violence and terrorism, as we shall see, eventually morphed into ethnic cleansing. “By the time the Arab Revolt began to flag in 1939, Etzel had become highly skilled in executing acts of terrorism.”

During the span of three years, the group carried out sixty operations that took the lives of more than 120 Palestinians and injured hundreds more.”[32] Etzel also “targeted British police and army men known for their tough attitudes toward Jewish prisoners.”[33]

From the formation of Israel all the way to our modern era, terrorism has played a central force in the political and ideological landscape of Israel, and Israel’s support of terrorist groups such as the MEK is a manifestation of that tradition.

In short, the Israeli regime is following its traditional history by saying that they would love to see Hassan Rouhani’s head on a silver platter.

[21] See Emil Schurer, A History of the Jewish People in the Time of Jesus Christ.