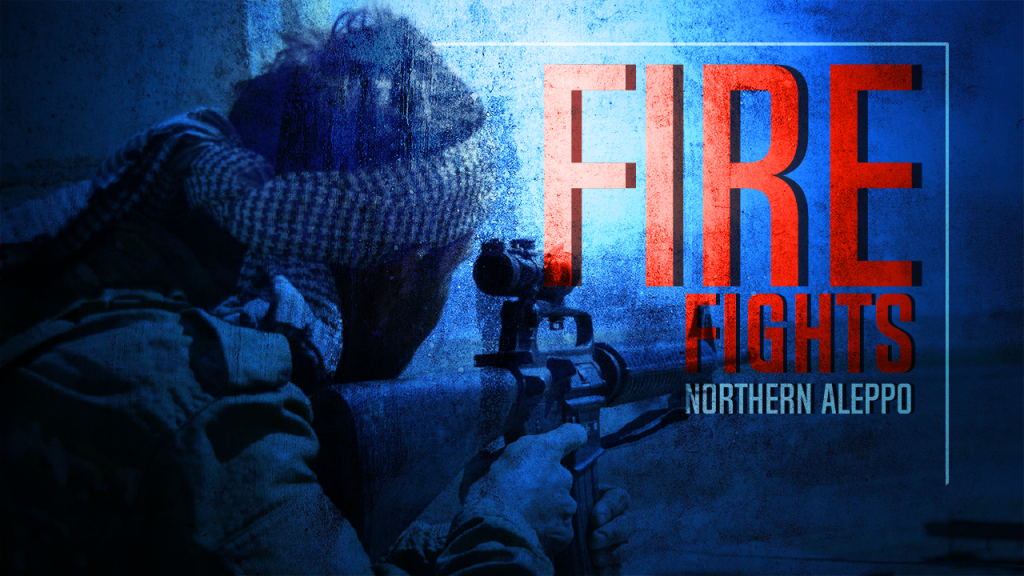 Pro-Kurdish sources argued that heavy clashes took place in this area, but these developments could be more precisely described as sporadic firefights. However, rumors are circulating that militant groups operating in the Turkish-occupied area of Syria could launch a large-scale advance in order to recaptured the SDF-held town of Tall Rifat following Erodgan’s shaky success in the constitutional referendum granting new powers to the Turkish president. A big PR victory in Syria will easily help the Turkish president to distract the attention of the public from alleged manipulations during the vote.

The SDF allegedly opened a security corridor in order to allow civilians to leave the ISIS-held town of Tabqa besieged by SDF fighters in the province of Raqqah. The US-backed group reportedly launched negotiations with ISIS fighters throughout the area. This same tactic was implemented by the SDF during the battle for Manbij when the SDF and the US Special Forces allowed about 500 vehicles with ISIS fighters and civilians to leave the town. A significant problem with this strategy is that the declaration of formal control over the city does not lead to a military defeat of ISIS’ manpower. What kind of strategy will be implemented when there are no more ISIS strongholds to which terrorists could freely deploy?

The US command attempted to push the same strategy during the battle for the Iraqi city of Mosul. However, the Popular Mobilization Units cut the roads west of Mosul preventing a major part of ISIS terrorists from fleeing to Syria.

On Monday, government forces repelled a militant advance at the Sathiyat area west of Salamiyah. The aim of the militant advance was likely to draw the Syrian Arab Army (SAA’s) attention away from northern Hama but it failed to achieve any success.

Meanwhile, the SAA and the National Defense Forces (NDF), backed up by Syrian and Russian warplanes, continued developing momentum in northern Hama. Pro-government forces intensified artillery and air strikes across the whole area with special attention to Taybat Al-Imam. Taybat Al-Imam is located 18km northwest of the government stronghold of Hama and about 1km west of the town of Souran which was liberated by the SAA and its allies.

Before the war, Taybat al-Imam’s population was estimated to be over 20,000 people. The town is currently controlled by Hayat Tahrir al-Sham (formerly Jabhat al-Nusra, the Syrian branch of al-Qaeda) and will likely become the next goal of the government operation. However, government forces didn’t attempt to enter it on Monday. On Tuesday, government attacks in the area continued.

Hayat Tahrir al-Sham (HTS) and its allies reportedly seized over 90% of the Al-Minsheah neighborhood in Daraa. Government forces are in control of just a few positions in this area. If HTS-led forces get full control over the neighborhood, they will have the chance to increase military pressure on government forces in the rest of the city.