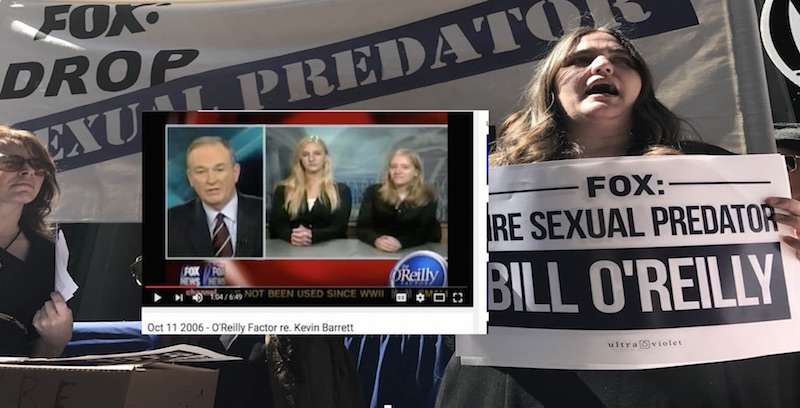 It is becoming increasingly clear that roughly half the women in America, as well as a significant proportion of our household pets, have been sexually harassed by Bill O’Reilly, who will soon be scrubbed from the Fox lineup with a wire louffah. 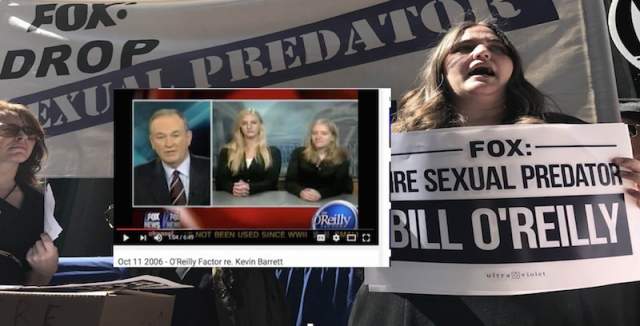 So it’s time for a pre-emptive in memoriam. As we wait for Fox to throw him in the hole and shovel on the dirt, let us share our not-so-fond memories of this despicable American icon of sleaze and depravity. Here is my story (short version):

In June 2006, local neocon-Republican operators Jessica McBride and Steve Nass (presumably acting at the behest of Karl Rove and Lynn Cheney) launched what instantly became a carefully-orchestrated-and-choreographed assault by the entire Wisconsin Republican Party on the academic freedom of yours truly. They called on the University to fire me rather than allow me to teach Islamic Studies 101 that fall. Why? Because one week of my 16-week syllabus focused on the “war on terror.” And one of the several perspectives I planned to include was the Muslim-majority perspective – represented by Nafeez  Ahmed – holding that the official story of 9/11 is questionable at best.

The University investigated and found that my record of teaching and scholarship was impeccable, and my proposed syllabus was excellent and completely non-problematic. So they couldn’t fire me. But the neocon-fueled media firestorm refused to subside. 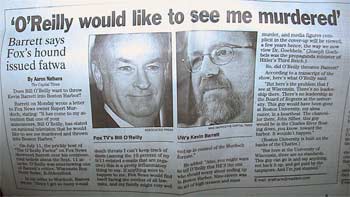 The day after I duked it out with Sean Hannity on Fox, University of Wisconsin Provost Patrick Farrell called me and begged me to stay out of the media limelight. After some back and forth, I promised him I would stay away from Fox News until the semester was over.

So when Bill O’Reilly’s booker started calling, I repeatedly declined to appear on the O’Reilly Factor.

This apparently pissed O’Reilly off to no end. The next thing you know, O’Reilly was publicly wishing that I be found “floating down towards the harbor”:

This guy would have been gone at Boston University, my alma mater, in a heartbeat. The Chancellor there, John Silber, this guy would be, you know, in the Charles River floating down towards the harbor.” -Bill O’Reilly

Then a few months later, after the semester had started (and my class had filled with 175 students instead of the usual 35) O’Reilly invited one of my students, along with an Ann Coulter-ish-looking member of the U.W. Young Republicans, on his show. My student did very well. Unlike O’Reilly, she understood the concept of academic freedom. But O’Reilly smarmily and condescendingly tried to humiliate her, revealing himself, in the process, as the total a*hole he is.

O’Reilly’s talking point (assigned by Karl Rove?) was that poor, innocent students like these should not be trusted around a dangerous guy like me – a radical professor dedicated to corrupting the youth of Athens.

But wait a minute – which one of us shouldn’t be trusted around “innocent young people”?  I was just doing my job: teaching young people the sometimes dangerous task of critical thinking; whereas O’Reilly has spent his life as a sociopathic predator, grabbing as much as he can for himself while lying, scamming, and hoodwinking those around him. He has worked overtime to con the American people, dumb them down, and kill their souls as well as their intellects. He belongs in a prison cell, not on television.

At the end of the semester, I finally did appear on O’Reilly’s show.