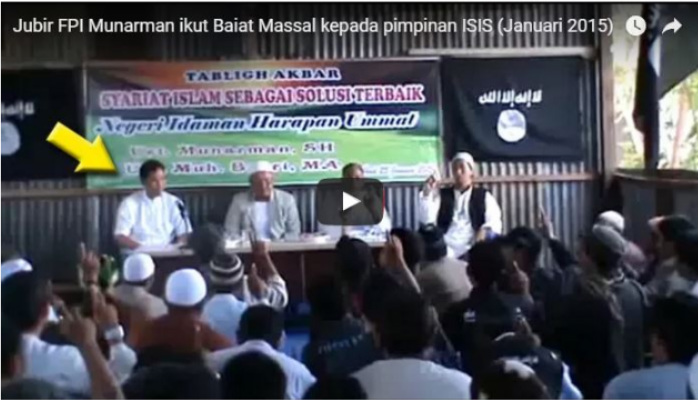 It is becoming more clear who Trump associates back in the “War on Terror” as they have recently been seen supporting radical Islamists linked to ISIS in Indonesia, according to an investigation by reporter Allan Nairn in the Intercept.

Although Vice President Mike Pence is meeting with the Indonesian President Joko “Jokowi” Widodo today, destabilization of the Indonesian government is apparent using radical Islam as a tool. Where has this been seen before? Perhaps the “theater of operations” is now shifting to Asia as the Middle East has become a loosing battle for ISIS surrogates.

According to Nairn: “ASSOCIATES OF DONALD TRUMP in Indonesia have joined army officers and a vigilante street movement linked to ISIS in a campaign that ultimately aims to oust the country’s president. According to Indonesian military and intelligence officials and senior figures involved in what they call ‘the coup,’ the move against President Joko Widodo (known more commonly as Jokowi), a popular elected civilian, is being impelled from behind the scenes by active and retired generals.

“Prominent supporters of the coup movement include Fadli Zon, vice speaker of the Indonesian House of Representatives and Donald Trump’s main political booster in the country; and Hary Tanoe, Trump’s primary Indonesian business partner, who is building two Trump resorts, one in Bali and one outside Jakarta.

“This account of the movement to overthrow President Jokowi is based on dozens of interviews and is supplemented by internal army, police, and intelligence documents I obtained or viewed in Indonesia, as well as by NSA intercepts obtained by NSA whistleblower Edward Snowden. Many sources on both sides of the coup spoke on condition of anonymity. Two of them expressed apparently well-founded concerns about their safety.”