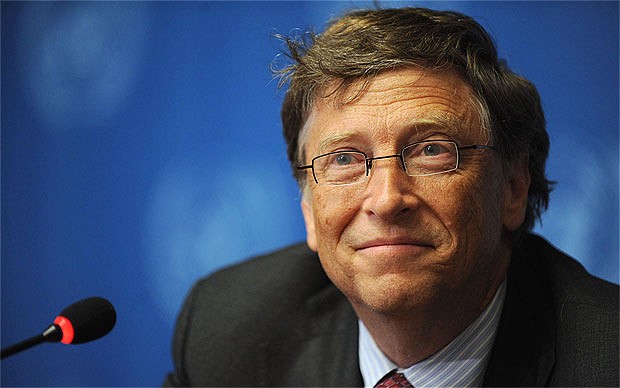 [ Editor’s Note:  This is an interesting story in that with no specific threat Gates is taking the stage to get this warning out. But there is a major boomerang possibility in doing so. First, extremists who had not given this much serious consideration due to its uncontrollably in terms of victim selection, might get this on their “to do” list because Gates has publicized that it is doable.

And second, the first place the jihadis would go to for assistance is to some of their more radical state sponsors. This “support connection” is already in progress with the arms that state sponsors have been flowing into the Syrian war to keep it going. And they have been using gas from the two facilities under opposition control when Assad turned his ten facilities over in 2013.

And then there is psyop-false flag industry, and I use that term not to exaggerate because it is that big, that will now have Bill Gates prediction to set up a variety of major Intel orgs, or Deep State rouge operatives who have long felt that the world could use a good one billion “cleansing”, to realize they could get two bangs for the buck by setting up some patsy group to take the fall for such an attack.

The bogus Syrian gas attack is the latest example of how easily something was blamed on Assad with literally no proof put on the table, yet a major missile attacked was launched.

So this worries me a great deal. We here at VT  are highly sensitized to anything that looks like preparing people for a future event to acclimatize them to the thought of it happening. We have seen it done over and over.

Color me suspicious, but I do agree with Gates that the world in general has to be pro-active for such events. What I disagree with completely is no mention of that preparation including spilling the history of these diseases already having been prepared to use by state actors, with nary a word of condemnation, even from someone as insulated as Gates… Jim W.  Dean ]

Microsoft founder Bill Gates has raised the alarm over a growing threat from bioterrorism, warning that that it could cause tens of millions of deaths. Speaking at a security conference in Munich, the richest man in the world warned that the impact of deadly viruses such as smallpox, should they spread, could be worse than that of a nuclear attack.

Gates, who delivered his chilling warning ahead of a speech at the Royal United Services Institute in London (RUSI), said the world should not underestimate the potential threat of lethal respiratory viruses, as they are becoming easier to re-create and spread.

“We ignore the link between health security and international security at our peril,” he said. “The next epidemic could originate on the computer screen of a terrorist intent on using genetic engineering to create a synthetic version of the smallpox virus… or a super contagious and deadly strain of the flu,” he added.

Gates, a philanthropist who has spent the last 20 years funding a global health campaign, said that epidemiologists claim there is a “reasonable probability” of an epidemic outbreak occurring in the next 10 to 15 years.

Security specialists have raised concerns over the growing possibility of bioterrorist attacks, as advances in molecular biology have made biological weapons more accessible, particularly in the past five years.

Although British and US intelligence services have warned that Islamic State (IS, formerly ISIS/ISIL) has been trying to make biological weapons in its strongholds in Syria and Iraq, they have downplayed the threat, as they don’t think the terrorist group has people with the skills necessary to create them and doubt such arms could be produced in a war-zone.

Nonetheless, Gates said the threat of a pandemic must be taken seriously.

“It’s hard to get your mind around a catastrophe of that scale, but it happened not that long ago. “In 1918, a particularly virulent and deadly strain of flu killed between 50 million and 100 million people. “You might be wondering how real these doomsday scenarios really are.

“And even if the next pandemic isn’t on the scale of the 1918 flu, we would be wise to consider the social and economic turmoil that might ensue if something like ebola made its way into urban centers,” he said.

Gates then recommended that the world put as much effort into preparing for an outbreak of viruses as it does into preventing nuclear attacks or climate change.

“Getting ready for a global pandemic is every bit as important as nuclear deterrence and avoiding a climate catastrophe. “Innovation, cooperation and careful planning can dramatically mitigate the risks presented by each of these threats,” he said.

Gates then outlined possible preparations that governments could make.

“This includes germ games and other preparedness exercises, so we can better understand how diseases will spread, how people will respond in a panic, and how to deal with things like overloaded highways and communications systems,” he said.

His warning follows the Bill and Melinda Gates Foundation’s release of an Ipsos Mori poll that shows 71 percent of Britons aged 16 to 75 are less concerned about war than the spread of deadly diseases.