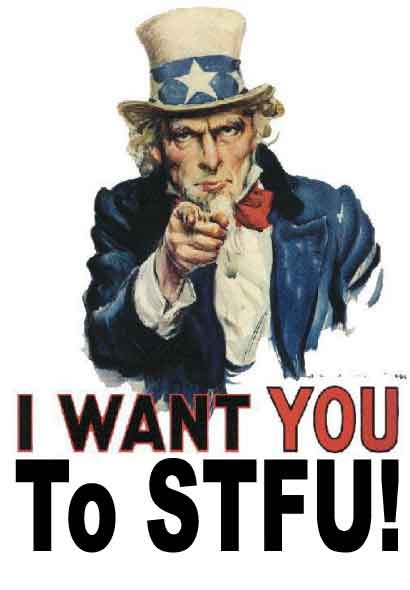 After the New York Times and others published accounts of Murdoch/Fox payoffs to Fox employees to shut up, U.S. President Donald J. Trump defended Bill O’Reilly. Birds of a feather flock together. O’Reilly went to Rome to ask forgiveness from the Pope. Trump still defends Bill O’Reilly.

“Trump Tweet: “I don’t think Bill did anything wrong.”

Driving to court for a hotly contested child custody battle with his ex-wife, AJ posted a Facebook video of AJ defending himself, saying that he really means what he says. O’Really? When “Raw Story” and others ridiculed AJ and his video, AJ deleted it.

Finally realizing his embarrassment, AJ may soon look in a mirror to say: “You’re fired!”

Republicans are imploding. In Congress, Republicans can’t deny healthcare to +/-25 million Americans (to give tax cuts to the rich and to raise the war budget for World War 3); and Republicans have achieved no major legislative successes.

Democrats too are imploding. With Hillary Clinton as Democrats’ presidential candidate, we watched as Hillary lost to the only Republican candidate who had done and said more stupid stuff than Hillary had said & done. Criminal stuff too. Hillary-favoring corporate Democrats gave Berniecrats little/no representation in leadership positions.

The Democratic National Committee (DNC) blocked Senator Bernie Sander from nomination to be U.S. president in 2016. With good cause, Congresswoman Tulsi Gabbard then resigned from the DNC.

As per super-reliable exit polling, Bernie would have beaten Trump in the 2016 election; and Bernie is still the most popular politician in America. Sad, very sad. For her position on Syria investigations and proof, Tulsi Gabbard is in the news again – even at VT.

In violation of the First Amendment, Trump attacked the media and shut down VT. “We needed to destroy the Constitution to ‘Make America Great Again,’” said Trump.

Trump lied and lied throughout the 2016 U.S. presidential campaign. After winning, before and after inauguration, Trump continued to lie. Trump even lies with the truth.

For example, saying that Russians helped Trump to win the 2016 election is true; but it’s not the whole truth. Trump blamed Obama for ‘wiretapping’ Trump Tower and Trump campaign officials – casting even more aspersions on Russians and himself (as others reveal the truth about real espionage and real crimes associated with Trump & Co.).

Israeli Prime Minister Bibi Netanyahu, Bush/NeoCons and others then let Trump know: ‘If you tell the right lies, we will support you.’ Trump saw the light and acted accordingly.

US-backed terrorists and ‘white helmets’ gassed and murdered Idlib civilians. Trump says: ‘Assad did it’ (the big lie, proven by VT and others to be false). So, Trump bombs Syria. Only 23 of 59 Tomahawks hit close to the target. Bibi, Bush/NeoCons and Clinton/NeoLibs wildly support Trump. Why? Trump is (finally) telling the right lies.

As per reliable Republican sources, high-level Republicans are meeting in Washington at private clubs to plot the resignation of U.S. Vice President Mike Pence (for cause) – before the impeachment and removal (or resignation) of President Donald J. Trump.

Of course, with many reasons to do so, Republicans close to Trump are also discussing when and how to invoke Section 4 of the 25th Amendment to the U.S. Constitution:

Like Murdoch and Fox, Republicans are embarrassed. And greedy. Republicans want to cut their losses in the 2018 Congressional and state elections – and in 2020.

Many Independents and some Democrats voted for Donald J. Trump or stayed home because Trump was “the lesser of two evils.” Unfortunately, Gordon Duff and others at Veterans Today were probably quite correct in saying “No!” Trump was just the less competent of two evils. Many are now beginning to learn why VT said what VT said.

Nixon/Agnew and Watergate: Déjà vu all over again? With Trump/Pence, it’s Kosher-Nostra-Gate. Never to be acknowledged in mainstream or alternative media. Sad.

As Gerald Ford said in his inaugural speech in August 1974:

“My fellow Americans, our long national nightmare is over.”